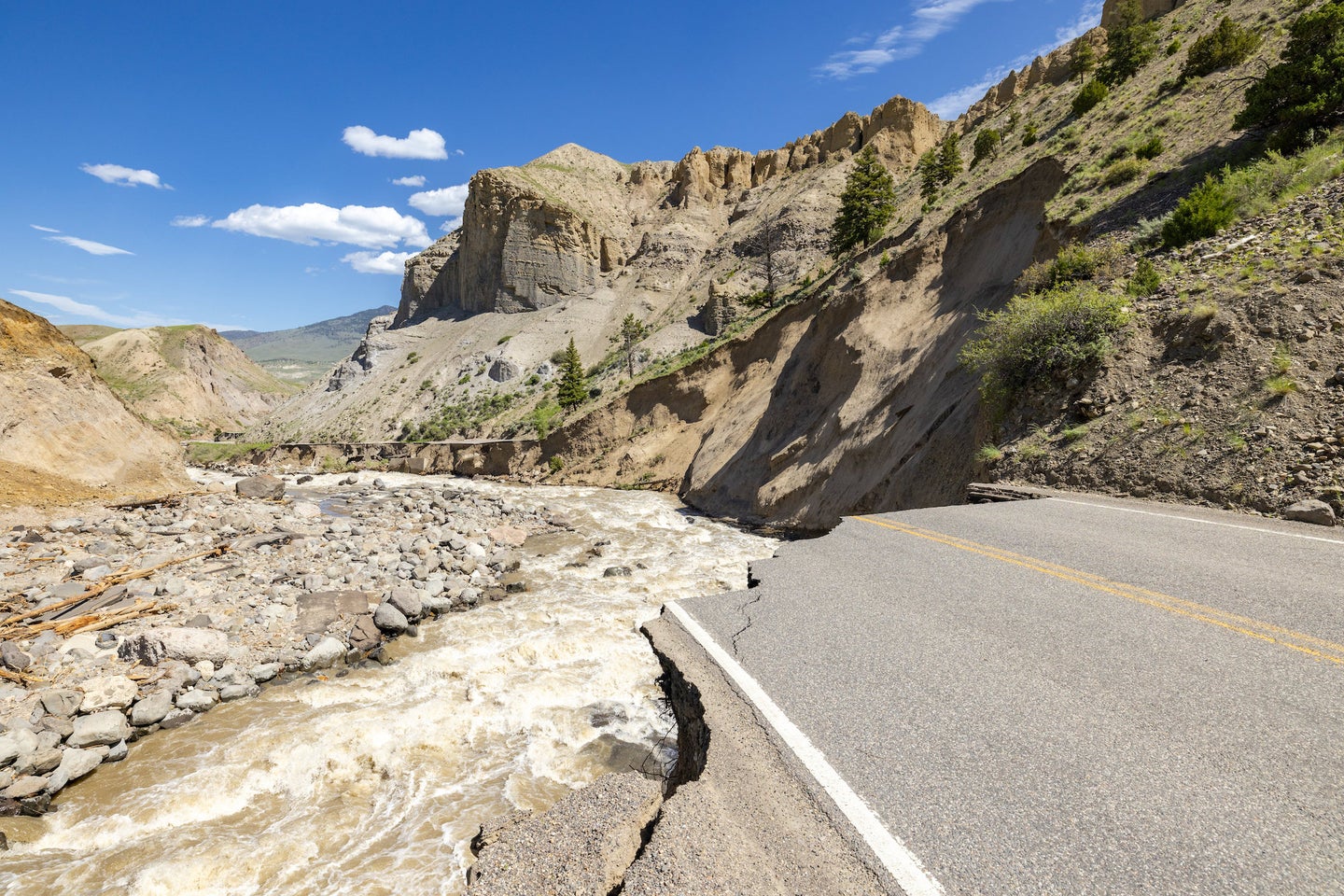 Yellowstone National Park and the surrounding area saw record-setting floods this June. The once-in-a-thousand-year flood event wreaked havoc across much of the park’s northern loop as the Yellowstone River reached historic levels, damaging roads and taking out bridges on its way through Paradise Valley and past the town of Livingston. Soda Butte Creek, the Lamar River, and other iconic trout streams in the park also topped their banks, which had some anglers worried about the potential effects on wild trout populations there.

Some two months later, the road connecting the park’s Northern and Northeastern entrances remains closed to private vehicles. Visitation numbers in Yellowstone are still down, and the National Park Service continues to assess the damages. But as the rivers have dropped to late-summer flows, NPS employees can say with confidence that the June floods did not inflict any long-term damage on native trout and grayling populations inside the park.

According to Tood Koel, the park’s chief fisheries biologist, the only damage occurred on Slough Creek, a famous tributary of the Lamar River. And even then, he explains, that damage was minimal.

“We got pretty lucky,” Koel says. “The rain and the flooding were very localized, so most of our projects weren’t affected.”

For at least the last decade, the National Park Service has worked to restore and protect Yellowstone cutthroat trout populations within the park’s boundaries. They’ve also focused on restoring Westslope cutthroat trout and Arctic grayling, which are native to the park’s streams that form the headwater reaches of the Missouri River.

Yellowstone’s grayling are unique because they represent the southernmost native population in North America. While these fish are rare today, they were so common in the Madison and Gallatin Rivers when the park was first designated that early anglers believed their populations would never be depleted. About two decades after the first non-native trout were introduced in these rivers, however, all the grayling were gone.

As part of the long-term effort to return grayling and cutthroat trout to their native waters, Koel’s team has installed manmade fish barriers throughout the park. One of these barriers is located on the lower end of Slough Creek, and it was put there to prevent rainbow trout from encroaching upstream into the creek’s iconic meadow reaches. (Rainbows and cutthroats can mingle on the spawning redds, and the result is a fertile hybrid known as a “cutbow.”)

Koel says the main barrier held during the intense flooding that began on June 12, but that a bypass channel near the lower end of Slough Creek failed. Fortunately, Koel doesn’t believe this failure resulted in any rainbows moving upstream.

“There’s still a very significant barrier above that channel,” Koel says. “So the chances of anything making its way up the creek were slim.”

While non-native trout haven’t been stocked in the park since 1958, the upper Gibbon above the falls was once overrun with brook trout, which were first introduced in the late 1800s. Thanks to a long and difficult process that involved removing all non-native trout and restocking natives, the upper river is now the exclusive home of westslope cutties and grayling. And because of the significant natural barriers that exist on the Gibbon, the June floods didn’t have any impacts on this project.

As for the other important barriers in the National Park, Koel explains that two other projects in the upper Missouri drainage were in question when the flooding started. Specimen Creek, a tributary of the Gallatin River, is now home to a reintroduced population of Westslope cutthroat trout. These fish thrive above a man-made barrier several miles above the creek’s confluence with the Gallatin, and Koel says he was relieved to find that barrier still intact after the deluge.

He was equally relieved when he discovered that a barrier on Grayling Creek—which runs into the Madison shortly before it reaches Hebgen Lake—also survived the high-water event. Above this barrier, the creek is still home only to cutthroat trout and grayling.

The park’s most ambitious native trout restoration effort has been taking place on Yellowstone Lake, which is the largest lake in the park. By the mid-2000s, biologists estimated that 90 percent of the lake’s spawning-age Yellowstone cutthroat trout were gone thanks to the clandestine introduction of lake trout there. This stocking likely occurred sometime around 1990.

These lake trout, native to the Great Lakes, were literally eating the cutthroats out of house and home. The National Park Service and a host of conservation groups—including Yellowstone Forever, The Greater Yellowstone Coalition, and local Trout Unlimited chapters—have raised money to pay for the netting of lake trout since the late 2000s. And that effort is laborious. For years, the Park Service contracted with commercial gillnetters to remove hundreds of thousands of giant lake trout. Every year, the netters kept catching more and more lake trout, but the average size of the lakers kept getting smaller.

That effort is now paying off.

“We’re seeing the runs we saw before the lake trout took over,” Koel says of the cutthroats’ spawning migrations into the lake’s tributaries, particularly the upper Yellowstone River that flows through Wyoming’s remote Thorofare region. “There are giant cutthroat up there in the spring. It’s so good to see the effort working.”

Today, the commercial netters are gone, but the removal of lakers continues. By using telemetry equipment and placing gillnets strategically throughout the lake, the park’s lake trout removal crew managed to catch around 300,000 small, sexually immature lakers over the course of 2021. Efforts are still underway this summer and will last through October.

“It’s definitely helping,” Koel says. “The lake is coming back into balance, and the future looks bright.”

The gillnetting of lakers will continue, but the future of the lake’s native cutthroats depends on a steady stream of funding to keep these removal efforts going. And there’s no guarantee that funding will last forever.

On the whole, though, Yellowstone’s native fish populations remain healthy, and the flooding’s minor impact on the park’s fisheries restoration efforts amounted to a dodged bullet. As for Koel and his team?

“We’re full steam ahead,” he says. “We still have work to do, but we continue to make progress.”

Chris Hunt is an award-winning journalist and the author of “Catching Yellowstone’s Wild Trout: A Fly Fishing History and Guide.”