How to Target Four Different Species When You’re Bowfishing 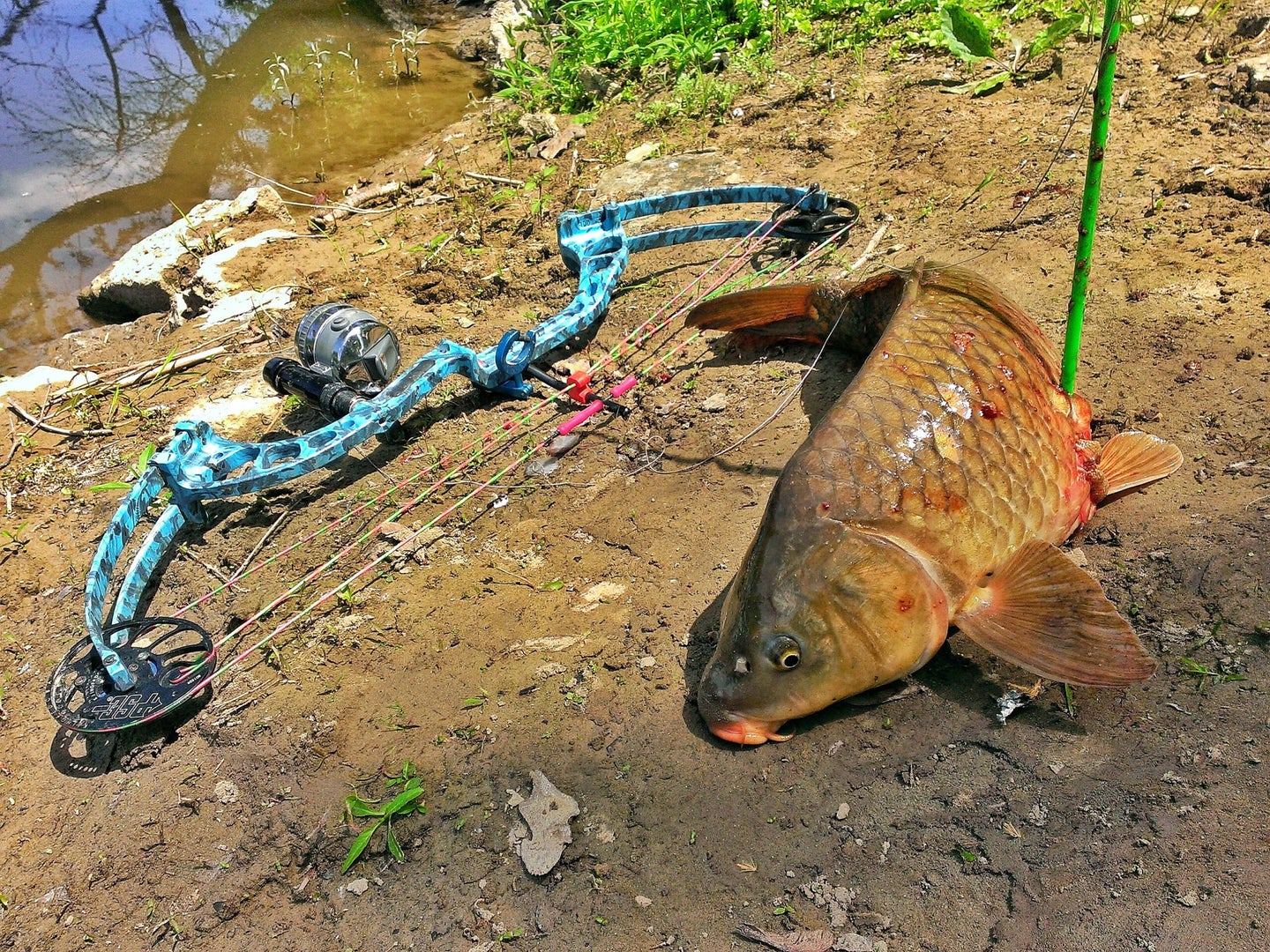 As a hunter, becoming knowledgeable about the habits of the game you are hunting often leads to success. Bowfishing is no different. Knowing what kind of habitat to look for is key to targeting specific species of fish.

Most people here in the Midwest assume bowfishing involves arrowing invasive Asian carp, which is true, but there are other carp and fish species that can legally be taken with a bow and arrow across the U.S. Some of them can be found in waters close to home, that you might not have realized. Here are four abundant fish you can target with a bow and where to find them.

I can almost guarantee you’ve seen common carp at least once before. Maybe you’ve snagged one while catfishing or simply seen them in photos. They are easily one of the ugliest freshwater fish, and widely known for being “The Fish” associated with bowfishing.

A widely spread invasive species, common carp can be located in the dirtiest, muddiest shallow water you can find. The tiny coves in lakes and rivers where the water is stagnant, and the mosquitoes are buzzing on the surface, is where you’ll see the flip of a reddish tail and the gaping mouth come to the surface. Look for large branches, trees, and tall reeds that provide cover for the fish to hide. If you’re familiar with catfish habitat, then you also know where common carp prefer to live.

I’ve spent many hours wading through ankle-deep muck in gym shoes, shooting fat yellow carp that were rolling on the surface of the water during the spawn. Rule of thumb, Mother’s Day weekend is when the carp start spawning.

Where there is one, there are many. Although the spawn is the best time to target them in mid-May to late June. I’ve found them feeding in the shallows all the way through the hot days of late August.

On my right arm I have a long scar that wraps around my wrist, and stands out white against my tan skin in the summer. It is an everyday reminder of shooting my biggest carp to date—a grass carp that felt like it was going to rip my arm off when I accidentally got the bowfishing line wrapped around my wrist. The fight a grass carp puts up is like no other. They take off on a dead swim upon being shot, and will easily pull you down into the water and take your equipment with them if you don’t allow some slack in the line.

If you are lucky enough to know of a pond or lake stocked with grass carp, and are allowed to shoot them, you’re in for some fun. Grass carp tend to get much bigger than common carp as they grow at a fast pace.

Wild grass carp generally reside in fast-paced waters with plenty of fresh vegetation. Prime areas are at the mouth of a stream that feeds into a much larger body of water, where the water runs clear. Hot summer days that aid the growth of vegetation are the best times to look for grass carp, usually late June through August here in Ohio.

A creature of habit, grass carp are extremely territorial so despite their wariness, they will continue to return to the same exact spot many times. The telltale white torpedo shape amongst the ripples in the river is always a dead giveaway for me.

Often mistaken for another species of carp, buffalo fish are actually suckers. They are easily distinguished from carp by the absence of the barbels and the presence of the large hump back.

These fish are plentiful where I bowfish, and in mid-summer the shallow areas of the river are thick with triangular fins poking out of the water. The fish are so thick you can almost cross the river on their backs.

Similar to other types of suckers, buffalo prefer fast-moving clear water. Large rivers and streams are prime territory, and they can be found in the shallows eating algae and vegetation as well as the deeper pools.

If you end up with a bunch of “buffs,” they make a great smoked fish dip.

Read Next: Bowfishing: 7 Tips to Help You Shoot More Fish This Summer

Longnose gar are extremely common throughout the Midwest, South, and some of the eastern states. They resemble a modern-day dinosaur and are one of my favorite fish to shoot, if nothing else but for their ferocity and uniqueness.

Stalking along the slow-moving backwaters of rivers and streams is your best bet for gar. Their spawn is early, sometimes starting in mid-April, and there will be dozens of colorful spotted tails waving against the banks of shallow water. As it gets later in the summer and the spawn slows, you’ll often see gar individually as opposed to the concentrated numbers during the spawn. In late summer, gar can commonly be found hunting schools of minnows and I’ve shot several that still had a half-eaten shiner in their jaws.

Gar can often be mistaken for a branch floating on the surface of the water. Then, they’ll slowly sink back down and make you kick yourself for not taking the shot.