How to Catch Bowfins in Rivers and Tidal Systems

These tactics will help you catch more bowfins in moving water 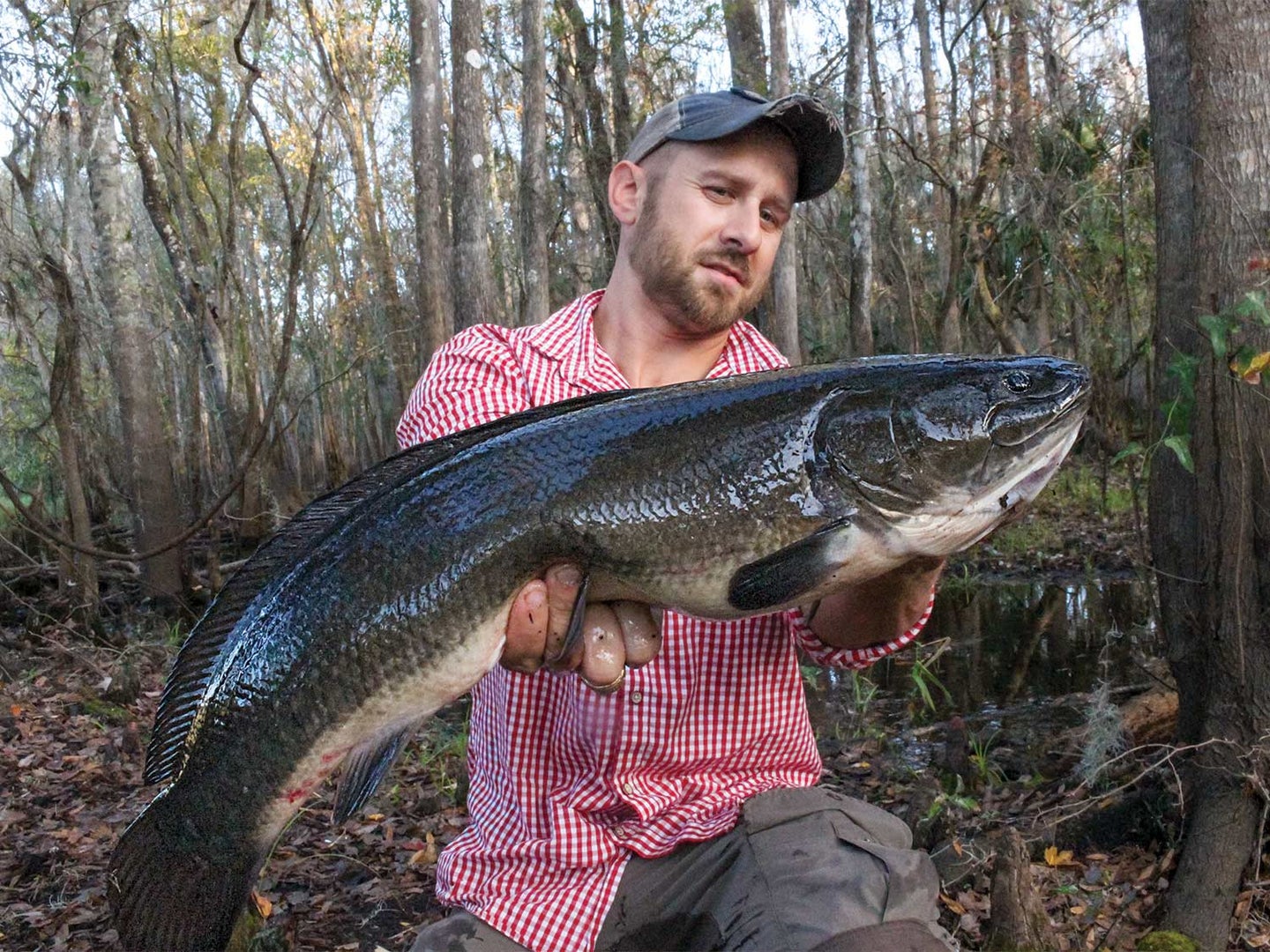 The author shows off a heavy bowfin caught in the Florida Everglades. Courtesy of David Graham
SHARE

Bowfins are controversial. The very mention of these “trash fish” on social media can incite warfare in the comments. They have been here since the Jurassic Period, but I first found them 20 years ago along the tailwaters of Lake Columbia in Arkansas. I was 12 years old, fishing the muddy banks of a spillway. Battling with a bowfin was so violent compared to the bream and bass I was used to—I became obsessed.

Everything I learned in those early days came from having boots on the ground. Information about catching bowfins was scarce, and it’s still scarce today. Much of what I figured out while chasing these underdogs across seven states came from my ability to read water. Bowfins thrive in river and tidal systems, but ironically, they don’t like current. Targeting them in these areas means using the flow to create road maps to the places where the water essentially isn’t flowing at all, or at least very little. If you’re ready to give these brawlers a shake, here are the most critical things I’ve learned about finding and hooking them in moving water systems.

The inland portions of coastal lowlands that the tide reaches but the salinity does not are some of my favorite places to target big bowfins. Success revolves around fishing along grassy floodplains and in feeder creeks during a falling tide. Sawgrass edges, thick mats of hydrilla, and other forms of river grass or pads affected by tides provide excellent habitat for bowfins. But as the tide falls and exposes the vegetation, the fish will be flushed out of these hiding places and get condensed into smaller, weed-filled pockets. I like to target these fish with creature baits, or any soft plastic that imitates a crayfish. You can punch through cover with them, and work them slowly and precisely, which is often key because in low water, a bowfin isn’t usually as willing to move too far for a meal.

Read Next: How to Catch Northern Snakeheads and Why You Should Kill this Invasive Species

When targeting creeks and rivers, Google Maps is your best ally, and what you’re looking for are confluences. These are collection zones for timber and debris washed out by floods, and when it settles here, it provides current breaks ideal for ambush predators like bowfins. In these spots, I like to fish both live and dead baits, with fresh bluegill or shad being my bait of choice. I want the bait on the bottom—though, sometimes I will use a sliding float as a strike indicator—­and I like to use a size 2/0 octopus hook. Some anglers like to use steel leader to combat the hard, toothy mouth of a bowfin, but I find that tying directly to 65-pound braid gets the job done while allowing for a more natural presentation.

I currently live in South Florida, where almost all moving freshwater has a man-made drainage system. These pump stations, along with their spillways, are concentration points for bowfins. In slow-moving bodies of water, the increased flow generated by these structures creates more oxygen, which in turn attracts more forage species. If the basin of a spillway features grass or other vegetation on either side of the central flow, you’ve got the perfect place for bowfins to get out of the current yet hold close to a food source. Turbulent conditions at these locations also create pockets of water that trap baitfish, making them easier targets for the predatory bowfins. I like to drift baits deep along weed edges because the fish tend to hold tight to the bottom, where the current is the slowest.