Texas Lakes Are Blowing Up Right Now With Giant Bass

Want to catch a huge largemouth? Look to the south—but bring some extra rods 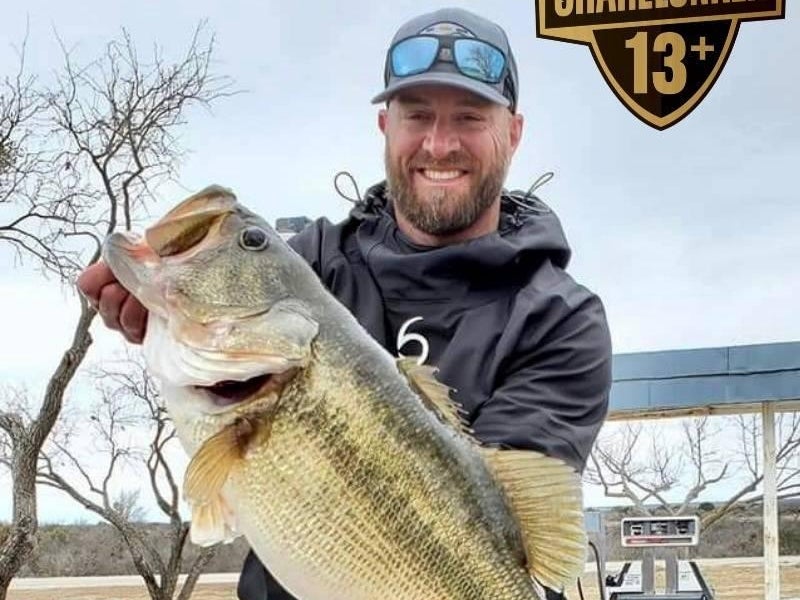 Despite Winter Storm Uri’s fury in mid-February the hottest bass fishing in the country is in Texas right now, with multiple double-digit largemouths being caught in just a couple days. Lake and personal records have been eclipsed, and the Toyota ShareLunker spawning program has been a big beneficiary.

O.H. Ivie Lake has yielded at least eight giants in a flurry of activity since February 19, including five largemouths weighing at least 13 pounds. The biggest was a 16.40-pounder caught Feb. 19 by Joe McKay of Bussey, Iowa. It was among a dozen ShareLunker Legacy bass caught this year including six from Ivie. Three smallmouth bass weighing between 6.25 and 6.8 pounds also were caught from Ivie during the recent streak. O.H. Ivie is located east of San Angelo, and about four hours southwest of Dallas.

Read Next: 16-Pound Bass Would Have Been an Arkansas Record But Was Caught Illegally

Bussey’s giant from Ivie was just two pounds shy of the state record of 18.18 pounds set in 1992. Ivie isn’t the only hot Lone Star lake yielding big bass. Pro angler and guide Matt Reed has been putting clients on 8- to 10-pounders at Falcon Lake, a Rio Grande impoundment on the border south of Laredo. The year’s first two ShareLunker Legacy bass were caught in January, a 13.02 pounder on Lake Austin and a 13.44 pounder caught on Sam Rayburn.

In central Texas on Lake Travis near Austin, Trace Jansen landed a 15.32-pound largemouth that broke a lake record set in 1993. The 15-year-old was fishing on Feb. 28 and targeting spawning bass with a weightless worm.

“It was crazy,” Jansen told the San Antonio Express-News. “It’s almost unreal. I never thought I would catch a fish that big in my life.”

The Toyota ShareLunker program runs from Jan. 1 to Dec. 31. Bass weighing more than 13 pounds can be donated for the spawning process, which rears the fry for release into state lakes. The donated bass are returned to their home lake after the January-March spawning session. Bass weighing 8 or more pounds can be registered into the ShareLunker records but not donated, and are recognized as Lunker (8+), Elite (10+) and Legend (13+) bass. The program is all about expanding trophy bass fishing in Texas.