"We could see it was going to rain, but we didn’t want to cancel on him, that wouldn’t be right." 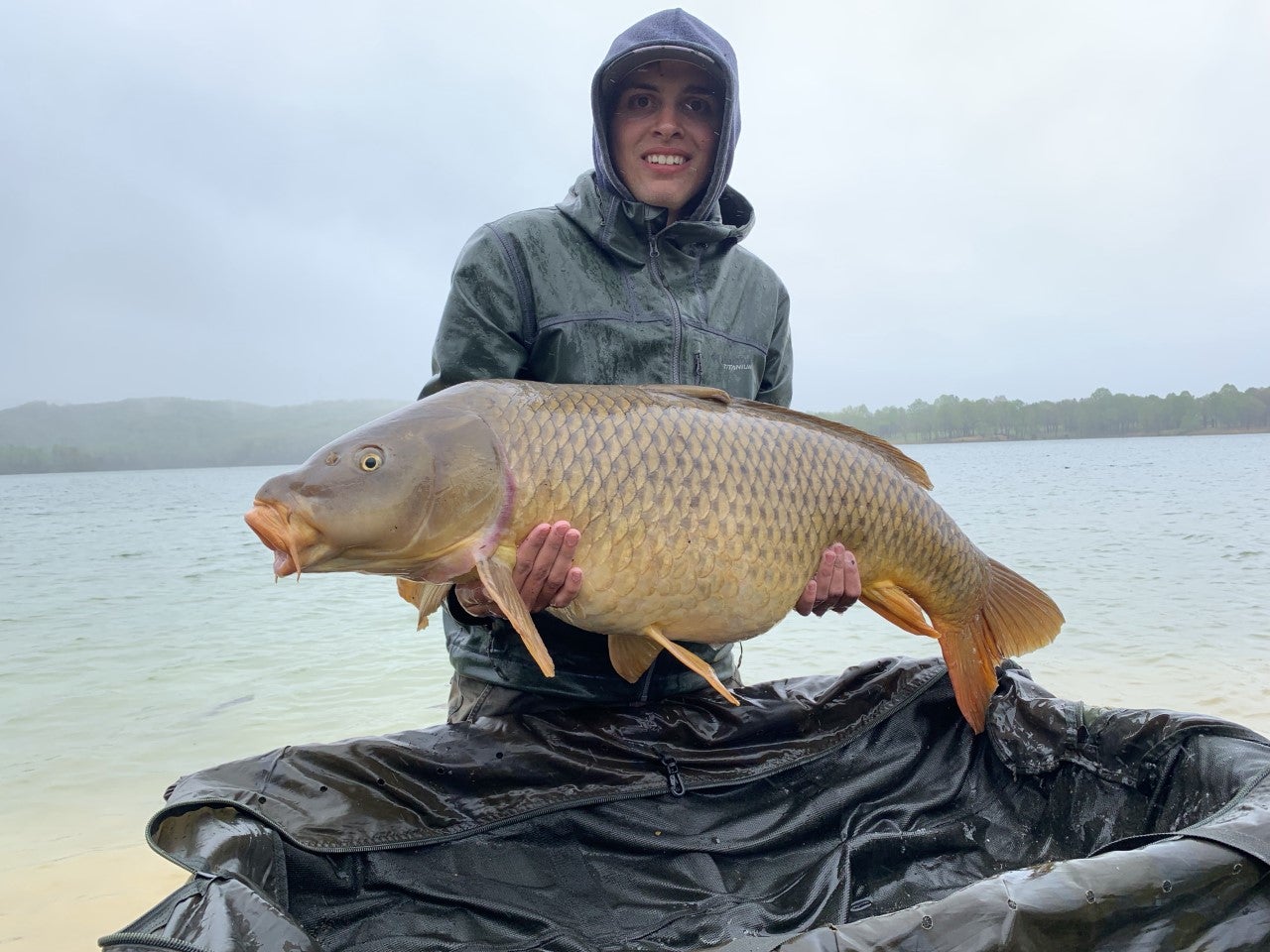 The carp was under the weight record but was longer than the record-holder. Ayden Minick
SHARE

Ayden Minick of Mt. Pleasant, Pennsylvania, traveled to Summersville Lake in West Virginia for a fishing trip with friends and managed to land a big common carp while he was there.

The fish measured 45 pounds on an official DNR scale, according to MetroNews. That’s lower than when Minick measured it on an unofficial scale. He originally weighed the fish at 47 pounds, which is shy of the 59-pound state-record. The fish beat the state record for length, however, by measuring 41.2 inches. The old state record was 41 inches even.

Minick and his friend Derrick Williams almost didn’t go to the fishing event, because of poor weather but decided to go anyway to not disappoint their host.

“It’s a get-together for carp anglers and we’ve had it planned for about a month. We were getting later in the week and we could see it was going to rain, but we didn’t want to cancel on him, that wouldn’t be right. But man did it rain. It was crazy,” he said.

Rising water and increasing water temperature mixed with the time of year meant the carp were pre-spawn feeding, according to Minick.

“The water was coming up fast. Where we pulled up there was a rock sticking about a foot out of the water. By the time I got everything set up, which takes about a half-hour, the rock was underwater. It was coming up fast and the water temperature was rising fast too.”

Minick used pack bait and fished at a drop-off right at the end of a mudflat. Earlier that day he caught two other carp. One weighed 19 pounds and the other weighed 26 pounds. The big carp hit his bait around mid-day.

Read Next: This New Demand for Invasive Carp Might Help Our Waterways

“It was a real slow take,” he said. “I picked up and the rod doubled over and it was slowly going and I couldn’t get it to come up at all. It took about 15 or 20 minutes because it just kept pulling. I never saw it and usually when they stay down, you know it’s going to be a pretty good fish.”