This massive bighead carp could break the Illinois state record 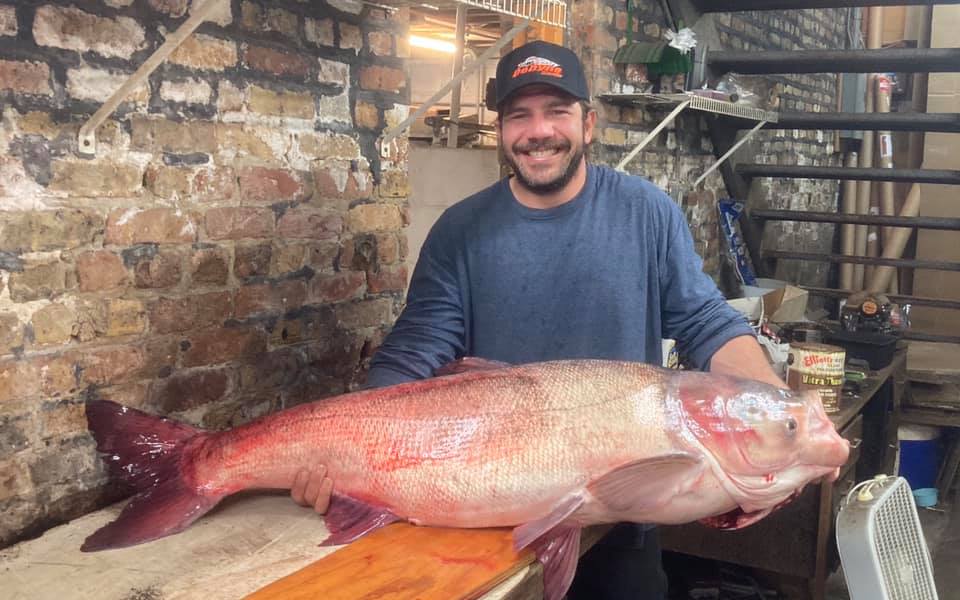 It was late afternoon on Nov. 6, and Chicagoan Jarrett Knize was casting for bass in Humboldt Park Lagoon. The popular city lake is located west of Chicago’s downtown center. A heavy fish hit Knize’s lipless crankbait and he knew it wasn’t a bass.

“I was fishing for bass,” Knize told the Chicago Sun-Times. “It started running and it was running clearly faster than a big turtle. So I thought it might be a 50-pound catfish.”

The heavy fish slammed a “13 Fishing Magic Man” plug, and fortunately for Knize he was using stout 25-pound Seaguar line. But what he had hooked was a massive bighead carp, an invasive species that grows to giant proportions.

Knize wrestled the carp to shore, and according to the Sun-Times took the fish for weighing to Park Bait shop near Lincoln Park and Chicago’s Montrose Harbor. There, Cory Gecht weighed the giant fish on certified scales, but it was too heavy for the scales to read correctly. Gecht then weighed the carp on non-certified scales, pulling the measure down to 74 pounds.

Realizing the fish was giant and a certified weight was needed for a possible record catch, Knize took his bighead carp to Henry’s Sports and Bait, located farther south in Chicago’s Bridgeport area. There, Tom Palmisano opened Henry’s after hours to accommodate Knize and weigh his catch. On certified scales, the bighead carp officially weighed 72-pounds, 8-ounces. Palmisano and Randy Koronkiewicz witnessed the weighing and measuring of the carp, which had a 34 ½-inch girth, 52-inch length.

The Sun-Times reports that Illinois DNR fisheries chief Kevin Irons requested the fish head be preserved until DNR officials can inspect it. It will be available for them at Henry’s Sports and Bait.

It’s not known yet if the fish will become a state record bighead carp, as it requires paperwork for consideration. But the carp’s certified weight exceeds the current Illinois record for the species.

Bighead carp are an invasive species, native to the large rivers and associated floodplain lakes of eastern Asia. The IGFA record for the species is 90 pounds, caught from Lake Guntersville, Tennessee In June 2005 by Jeffrey Rorex.