The giant fish was kept alive, then weighed and certified by state officials and released 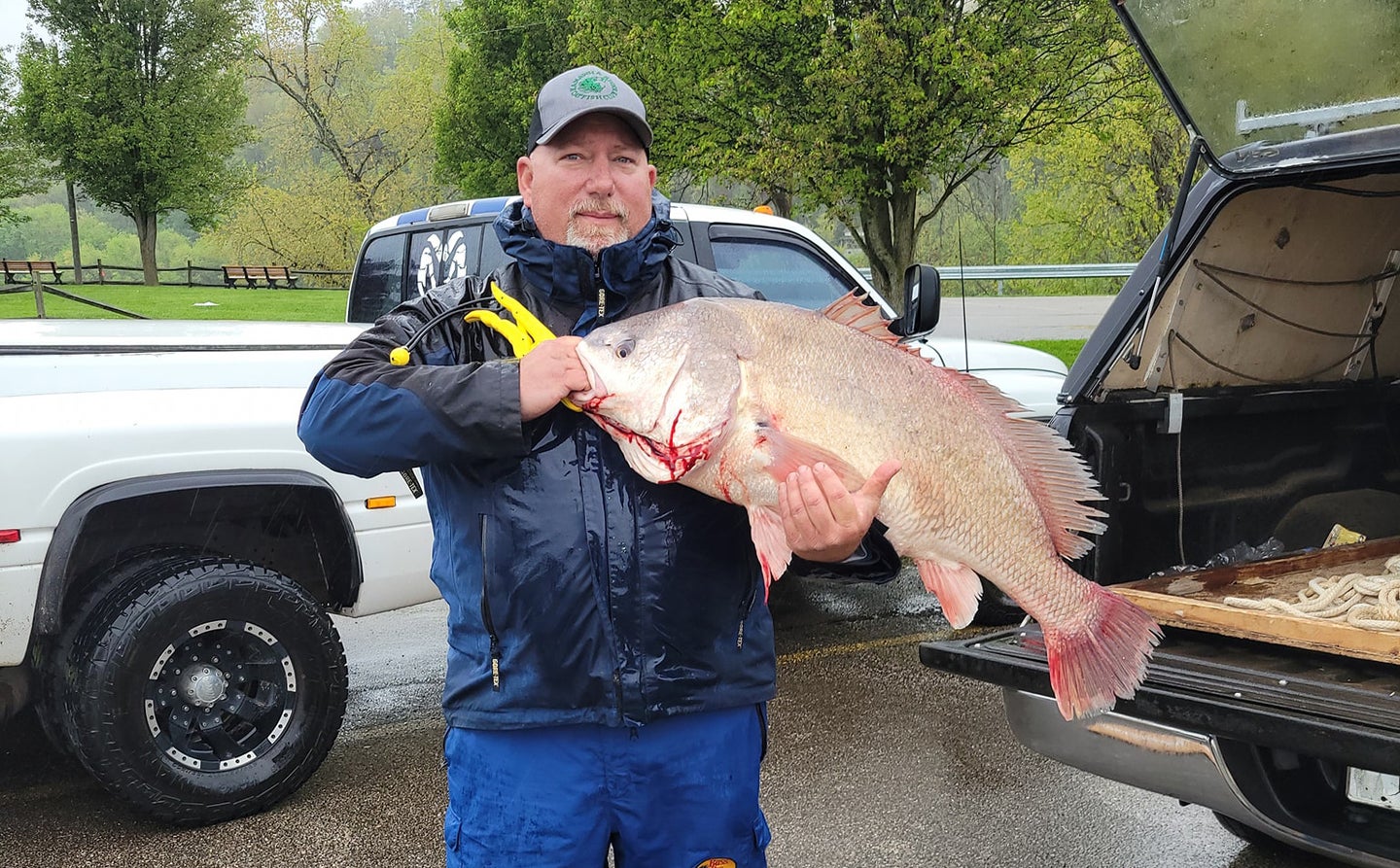 It took 31 years before someone broke the West Virginia freshwater drum record. But John Gibson of Poca, West Virginia, did just that when he hauled in a 27.88-pound, 35.59-inch long fish from the Kanawha River near the town of Leon, according to the West Virgina Division of Natural Resources.

Perhaps even more impressive is that Gibson contacted the DNR from his boat while he kept the fish alive in an aerated tank. At a river put-in, state personnel certified the fish’s weight, length, and girth. Gibson then released the state-record drum unharmed back into the Kanawha. The drum release is shown on a short video on Gibson’s Facebook page.

The previous state record drum is a 27-pounder caught in 1989 by Charles Lott. The all-tackle freshwater drum record is 54 1/2-pounds, caught in 1972 from Tennessee’s Nickjack Reservoir.

Gibson was fishing for catfish when the drum took half a large dead shad bait.

“He hit like a Mack Truck,” Gibson told McClatchy News. “Just about pulled my rod out of the rod holder. Once I got the rod in my hands, I told my fishing partner Terry Legg, ‘Man, this is a big one.’ At that time I still thought it was a catfish. But when I saw it, I immediately asked what the state record was.”

Gibson was fishing in a catfish tournament when he caught the big state-record drum after a 20-minute battle.

Read Next: There’s a New Pennsylvania State-Record Yellow Perch, and It Weighs 3 Pounds

Gibson and Legg had spotted a large sonar mark on their depth finder, then positioned the boat to fish it. The drum struck Gibson’s bait 10 minutes later.

The fish was put in the boat’s live well and the anglers checked the state drum record. A state biologist met the anglers 30 minutes later to weigh and certify the catch.