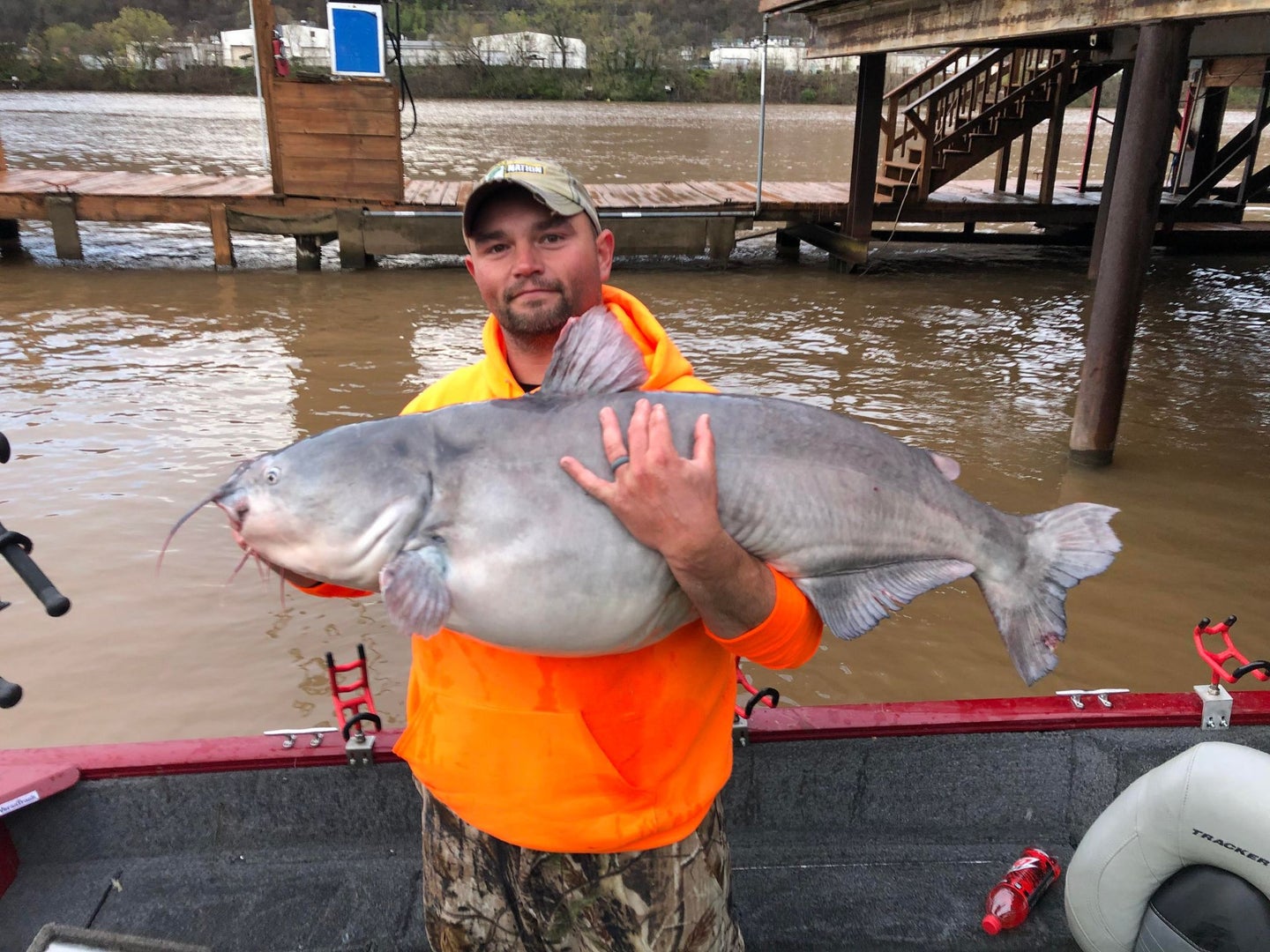 nw`Cody Carver caught and released the blue catfish of a lifetime on April 8 while fishing West Virginia’s Kanawha River. Carver’s giant catfish officially weighed 61.28 pounds making it the new state record for the species, according to the West Virginia Department of Natural Resources.

Carver, a Dry Branch resident, was soaking a cut shad for bait in the Marmet Pool section of the river, located south of the state capital of Charleston. After bringing the heft catfish into the boat, he had it measured by state DNR hatchery manager Ryan Bosserman. After length and weight measurements were recorded, they were able to release the fish back to the Kanawha river. The new weight record of 61.28 pounds beats the previous record of 59.74 pounds, taken by Ohio angler Mark Blauvelt from the Ohio River in May 2016. Blauvelt’s catfish measured 44.88 inches long and also was caught on cut bait.

Carver’s blue catfish measured 45.51 inches long, which is well short of the state blue cat length record of 50.15 inches, caught by Ohioan Justin Goode on Sept. 10, 2021 from the Ohio River. Even though Goode’s blue catfish was exceptionally long, it still at least five pounds of Carver’s fish.