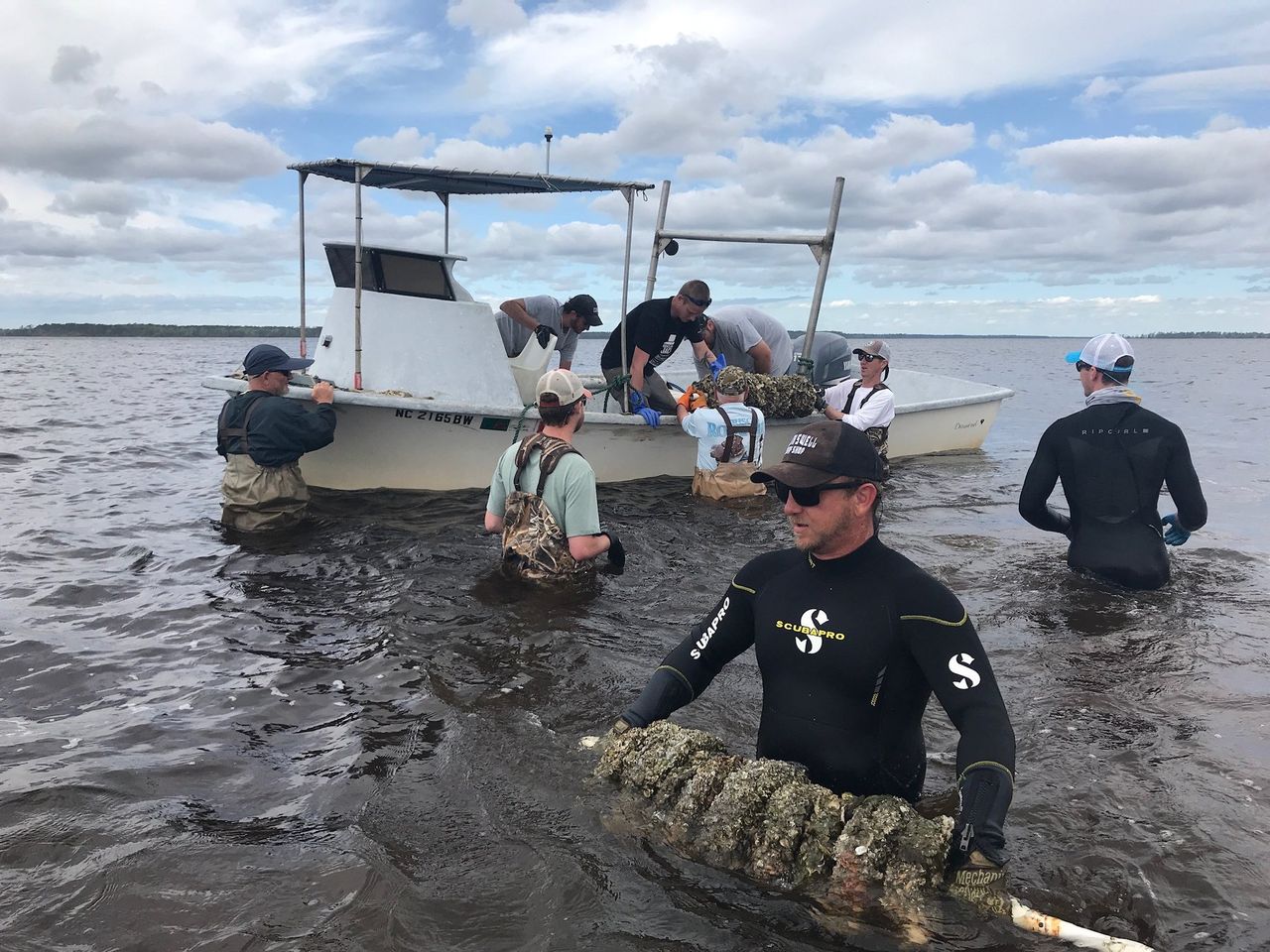 The New River Oyster Highway started as an innovative way to clean sea water along North Carolina’s central coast, but it’s turned into a seatrout and redfish fishing hotspot. Located just south of the storied Outer Banks region, the New River had been so horribly polluted that people didn’t fish it or swim in it. It was a barren, dead zone. In fact, in the mid-1990s, a huge waste spill from a commercial pig operation didn’t appreciably degrade the New River because it was already devoid of life. But that sad story took a happy turn with the reintroduction of live oyster reefs, which were the idea of marine biologist Pat Donovan-Brandenburg, the stormwater manager for Jacksonville, North Carolina.

“She had the idea that the only way to revise the New River was stocking it with millions of fresh, live oysters,” says Rocky Carter, president of the Coastal Conservation Association (CCA) of North Carolina. “Oysters are a natural water cleanser, and they provide choice habitat for many inshore saltwater fish.”

Funding for the initial project came from private donors, Duke Energy and other clean water and habitat groups. Several million live oysters from commercial farms were bought and delivered by barge to six chosen sites. Volunteers sunk the oyster clusters in water four to five feet deep. A first phase of six reefs was finished in spring 2019. Each is about the size of a football field and they are spaced about a quarter-mile apart. Another six reefs are being completed now, and more reefs are planned. Other coastal Carolina rivers might also receive reefs to improve water quality and fishing.

“The sites were carefully chosen so that when oysters have spats or young, they drift and flow to nearby oyster reefs to continue the rejuvenation of the coastal habitat that we were creating,” says Carter, who was one of the reef-building volunteers.

Carter says the reefs have about a foot of water over them, and while fishing directly in the oysters can be challenging because of line cut-offs, seatrout and red drum fishing in the nearby areas can be exceptional. Carter fishes the reef areas and has caught trout to 4 pounds, and even bigger redfish.

“I know some very good trout have been caught around the New River Oyster Highway, including some fish in the 6- to -8-pound range,” Carter says.

The New River Oyster Highway is being monitored by state marine biologists and by University of North Caroline marine biology personnel who, at least so far, are pleased with the project. It’s wide open to fishermen and is well marked by signs showing reef locations. The oysters on the reefs are protected, however, with no harvesting allowed.