Cobia are typically caught farther south, from the southern Atlantic to the Gulf of Mexico 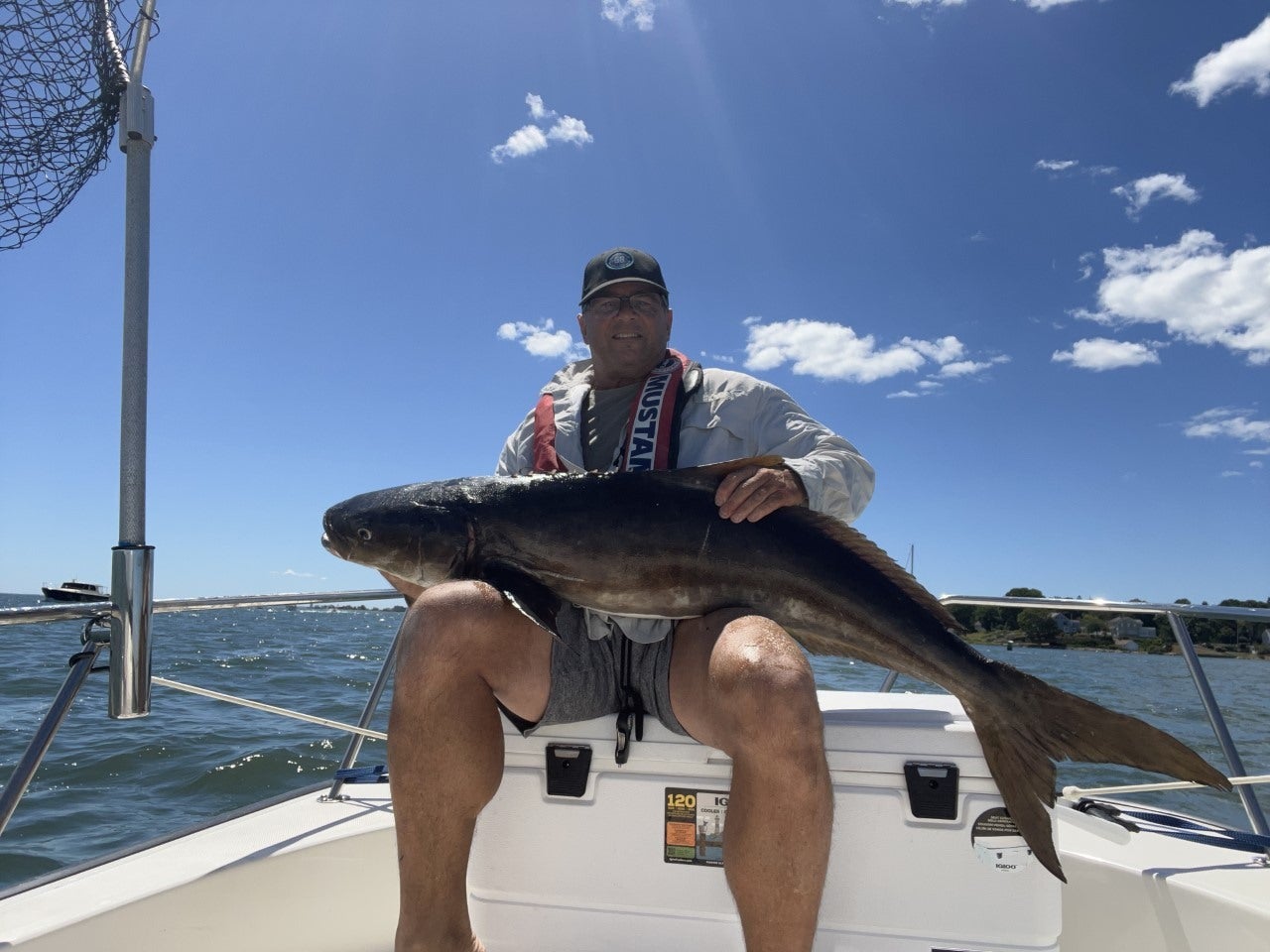 The angler originally thought he hooked a shark before he identified the fish as a cobia. Connecticut Fish and Wildlife
SHARE

When Connecticut angler John Bertolasio hooked into a pending state-record cobia earlier this week, he thought it was a shark at first. While the species’ range stretches all the way from Canada to Argentina, cobia aren’t typically caught in Long Island Sound. They are much more common in southeastern waters.

“Congrats to John Bertolasio for his amazing catch of species of fish that is normally found in waters far south from here,” the Connecticut Department of Fish and Wildlife wrote in a Facebook post. The department added that encounters with cobia in Long Island Sound are becoming more frequent these days due to climate change.

Bertolasio’s cobia weighed 44 pounds and measured 56 inches in length, according to CDFW. While the fish has to be officially weighed before it can be certified, it should easily beat out the current state record—an 18-pounder caught in 2008.

Bertolasio was using dead eel as bait when the fish hit. He fought it for around 90 minutes, and when the fish made one final dive next to the boat, it snapped his fishing rod in half. He kept at it, though, and after boating the large cobia, he sent a picture to a friend who identified the rare catch.

The CDFW’s fishing records book lists cobia under its Exotic Marine Species Category. The all-tackle world record cobia weighed 135 pounds, 9 ounces, according to the IGFA, and it was caught in Australia in 1985.

Cobia’s dark brown color and single dorsal fin lead many people to mistake the fish for sharks. They are actually a close relative of the remora, which is a type of suckerfish that latches onto sharks and has a symbiotic relationship with the apex predators. Young cobia have distinct coloring with alternating black and white horizontal stripes as well as bronze, orange, and green coloring. The fish are most abundant from Virginia to the Gulf of Mexico and they migrate seasonally, according to NOAA.