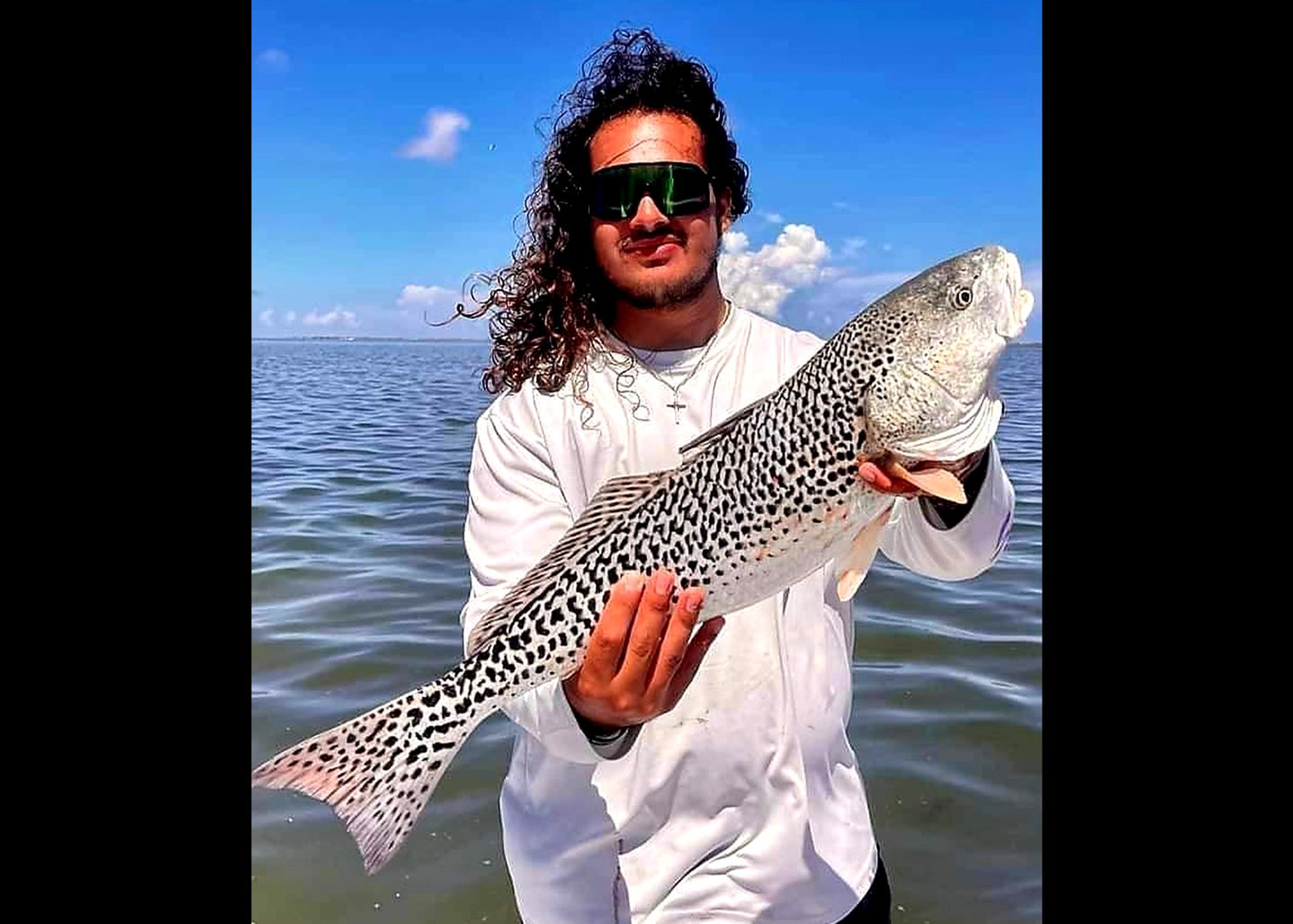 Every redfish is unique, and it’s not that unusual for a Gulf Coast spot-tail to sport a few extra spots. But the leopard redfish that Ryan Hernandez caught late last month on the South Texas Coast falls in a class of its own.

The fish had so many spots that it looked more like a cross between a redfish and a speckled trout—which is what many commenters on social media pointed out when The Bubba’s South Texas Sportsman shared photos of the fish on Facebook.

“I think it’s momma must have been hanging out with a bunch of speckled trout,” one commenter quipped.

Hernandez also chimed in and commented that the fish had over 300 spots per side. He added that they caught the fish in Bird Island Basin, which is located in the Upper Laguna Madre not far from Corpus Christi, Texas.

If you’ve never seen or heard of a leopard redfish, you’re not alone. Capt. Danny Alvarez was guiding Hernandez along with his son Eric Alvarez and some of their extended family that day, and he’s been fishing the Laguna Madre for roughly 50 years. He’s caught who-knows-how-many reds during that time, and he’s never actually seen a redfish like this in person. The way Alvarez tells the story, he was pretty sure the redfish was a speckled trout at first.

“When I first saw it, from 15 or 20 yards out, I saw all the specks and it looked like a big trout,” Alvarez told Saltwater Sportsman. “I said, ‘Man, that’s a good trout.’ He kept on fighting it, and [the fish] kept on taking line, and once it got closer I said, ‘Aw, that ain’t no trout: That’s a redfish.’”

Alvarez added that once they netted the rare redfish, everyone on board was mesmerized. Instead of the typical dulled copper hues that most anglers associate with redfish, Alvarez said this one had “a real shiny color to the skin, like a turquoise shell all over its top half. It was beautiful.”

After landing it, Hernandez decided to keep the leopard redfish so he could have it mounted. As for the total number of spots, Hernandez and another angler onboard counted roughly 311 spots on just one side of the fish, according to Saltwater Sportsman. They didn’t even bother to count the spots on the other side.

“I’ll probably never see another one like it,” Alvarez said.