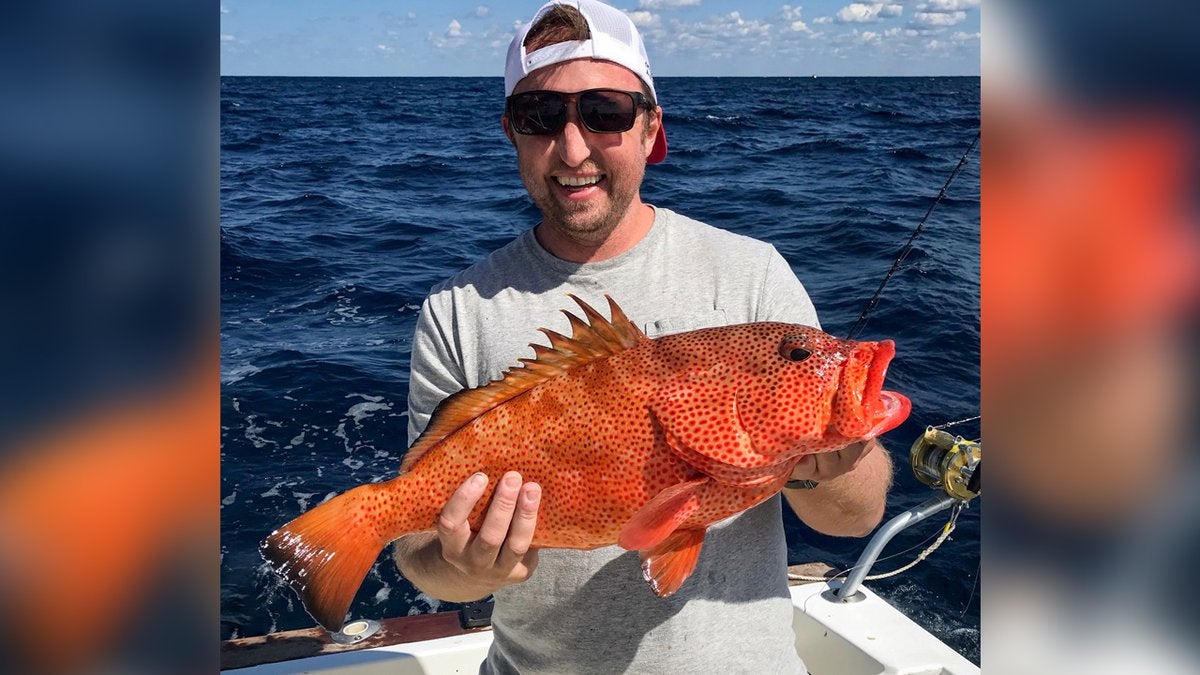 When Matthew Parr of Wilmington, N.C. boated a bright-red bottomfish off Cape Lookout on Oct. 1, he had no idea he was making history. Parr’s fish, a large “rock hind,” (also known as a red hind) triggered the state fisheries department to establish a new record catch category for the species in North Carolina.

Parr is now the North Carolina record holder for his rock hind (also referred to as a red hind), which weighed 7-pounds, 1.6-ounces, according to the N.C. Division of Marine Fisheries department.

Not only is Parr’s hind a state record, but it’s not much shy of the International Game Fish Association’s all-tackle record for the species. The world record rock hind weighed 9 pounds, and was caught in 1994 near Ascension Island in the South Atlantic Ocean.

The rock hind is a grouper-like fish, and one of the smaller species in the “hind” category, which includes seven different species for the genus. Some hinds grow to large sizes, such as the “speckled hind,” which can grow to more than 50 pounds.

Rock hinds are common in many areas, ranging from New England to the West Indies. They’re often miss-identified or miss-classified by anglers as simply “grouper.” Confusion in identifying the rock hind is likely due to its many color variations. The fish can have pale hues, bright red coloring, or even brown tones.

In Texas, the rock hind is one of the most commonly caught grouper-like fish along the coast, taken by anglers in far offshore rocky regions and coral formations, plus near-shore jetties.