Check out these record-breaking ladyfish, grouper, tilefish, and lizardfish from Mississippi 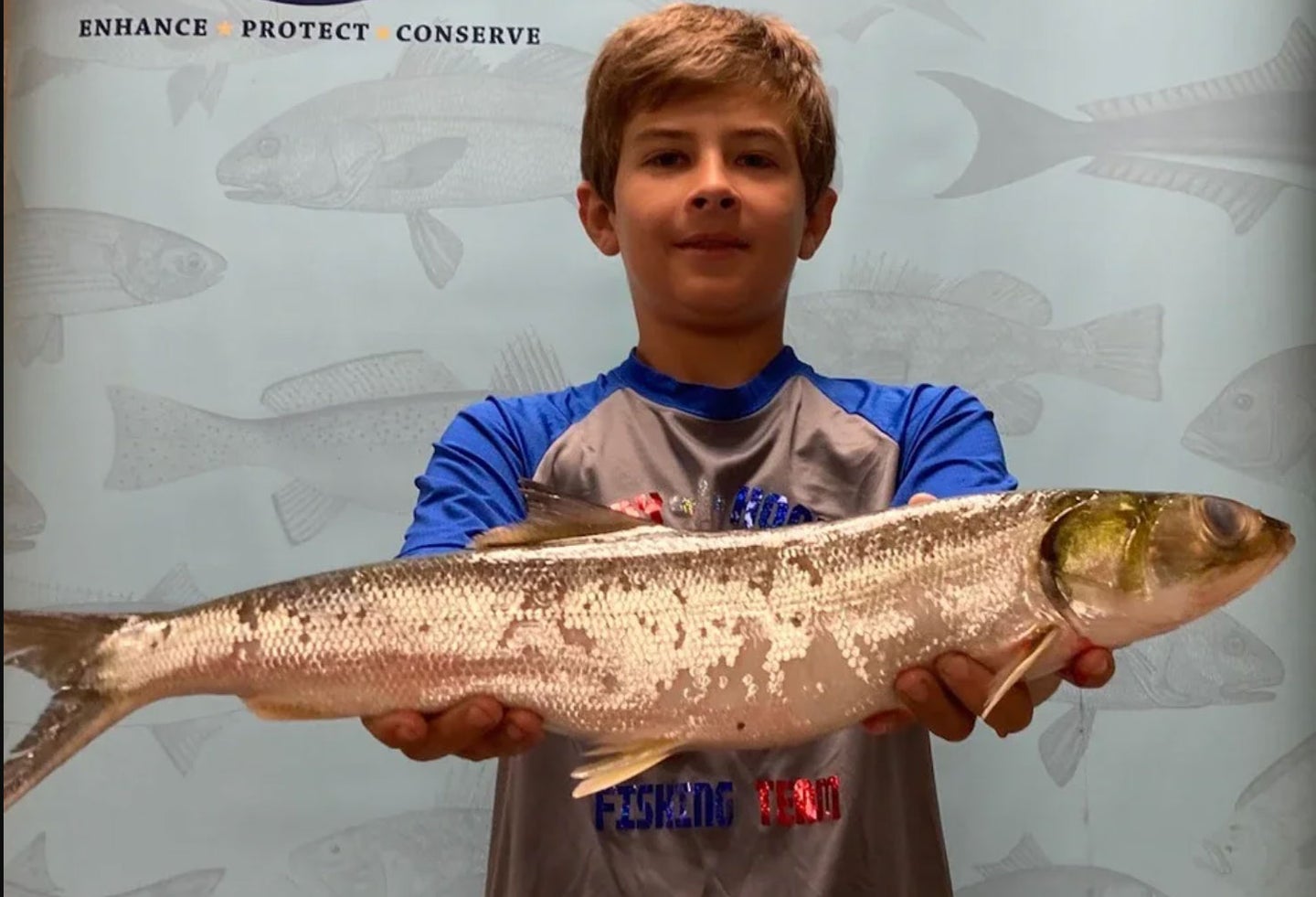 Four Mississippi anglers have had their unique record catches approved by the Mississippi Department of Marine Resources (MDMR) in varying categories. Each of these fish (and the angler’s story) is remarkable.

In the recently-created youth fishing record division, Rodie Armes, 11, set the top bar with a 2-pound, 11.04-ounce ladyfish. The hard-fighting and high-leaping species is a common inshore catch and its prized by light-tackle anglers. The all-tackle Mississippi state record for the species is 3-pounds, 7.35 ounces, caught by John Townsend in August 2003. The IGFA all-tackle ladyfish record weighs an incredible 8-pounds, caught in Brazil in 2006 by Ian-Arthur de Sulocki.

Next up is Mississippi’s Blake Bosarge, 13, who set the youth record for scamp (grouper) with a big (and delicious) fish weighing 20 pounds, 12 ounces. Mississippi’s state scamp record is 24.48-pounds, caught in May, 2001 by Doug Nelson Jr. The IGFA all-tackle record scamp is a 32-pounder, caught off Atlantic Beach, North Carolina in June 2016 by Theodore Wingfield.

Dustin Conway set a MDMR record for catching a giant 20-pound, 11.68-ounce deep-water golden tilefish. The species is rare in Mississippi waters, with NOAA stating the primary fishery for the species is found along the Atlantic Coast from Maine through Virginia, and chiefly in deep water canyons off Massachusetts and New Jersey.

Filling out the last of the four species records is the curious-looking inshore lizardfish. Jordan Matthews of Gulfport, Miss. set the record with a lizardfish weighing 9.1 ounces. IGFA lists the all-tackle record for the species at 2.5 pounds, caught in Aug. 2003 at Miami Beach by Joshua Otis.