After Scott Skafar caught his second giant burbot, he figured he should check their weight 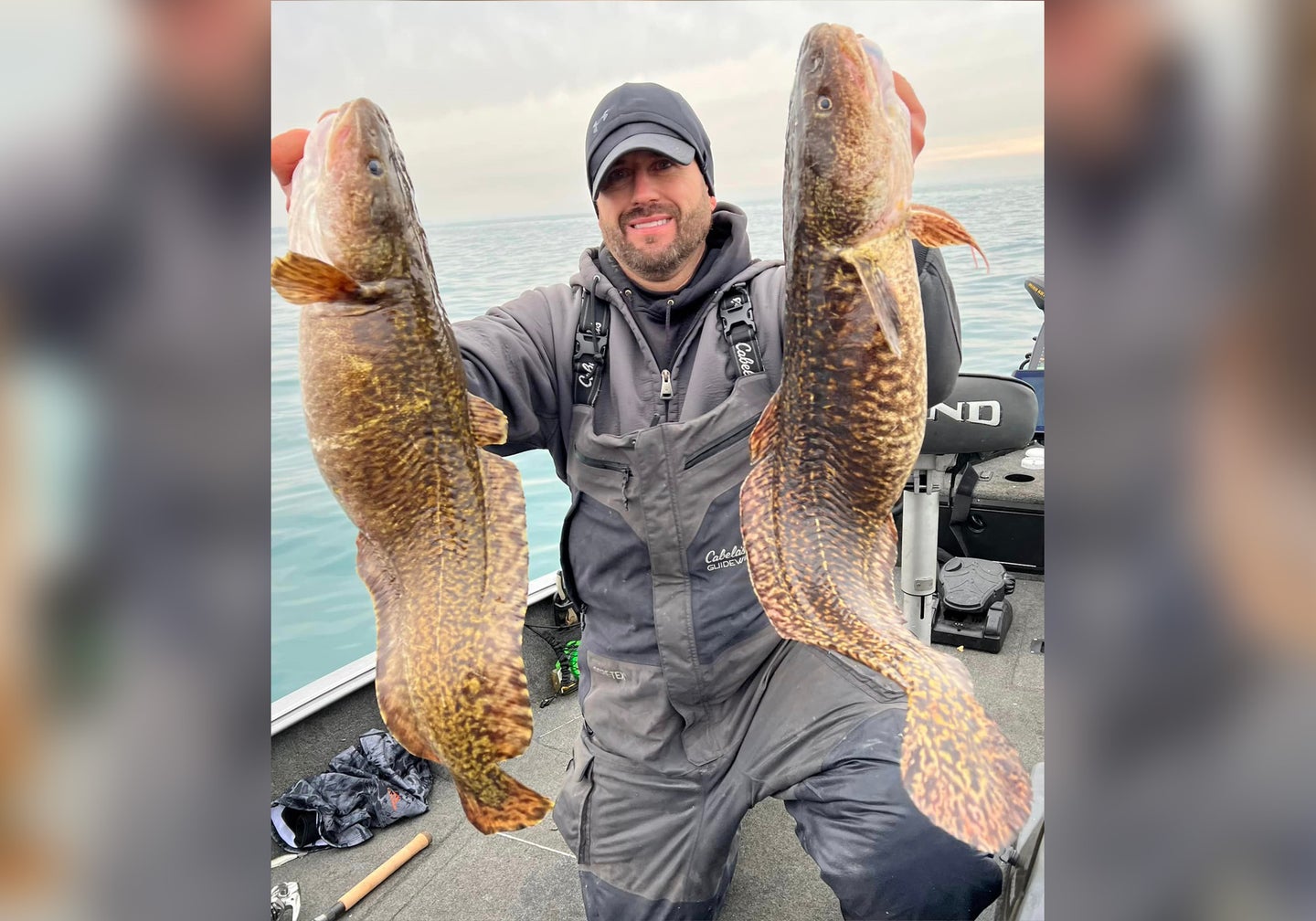 They say the holidays can be a magical time. Scott Skafar from Valparaiso, Indiana certainly felt the magic of New Year’s Eve when he reeled in not one, but two potential state record burbot from Lake Michigan.

The current record of 7 pounds 11 ounces was set 33 years ago on Lake Michigan. Skafar’s fish tipped the scales at 9 pounds 8 ounces and 10 pounds 2 ounces, flattening Larry Malicki’s fish. But Skafar almost didn’t act on his catch.

“The first one, I really didn’t think nothing of it,” Skafar told the McClatchy News. “[I] just kind of caught the fish and we put it in the live well for a while.”

Shortly after, another giant burbot ended up on his line, bigger than the last one. At this point, he looked up the state record and weighed the fish on a handheld scale. He was shocked to discover he had two potential state record fish in the boat. But he wasn’t convinced that was a reason to cut his day short and he wanted to keep fishing.

Luckily, a friend talked him into getting the fish weighed on a certified scale. Skafar took the fish to the grocery store. He had witnesses present and photographed the scale before freezing the fish and sending them to Indiana DNR, which was shut down for the holiday.

The lifelong angler called his New Year’s Eve feat an “epic day on the big pond” in his Facebook post, where he also posted pictures of the day’s limit of jumbo perch.

“The fish was caught on a three-eighth-ounce jighead with a white Zoom 5-inch Fluke or Jerk Shad,” Skafar told the Chicago Sun-Times.

Burbot are the only cod-like fish that live in freshwater. They’re known to linger in colder depths, making them a bit tricky to catch. They’re also considered extremely good eating.

“[It] definitely is rewarding,” he said. “I’ve been fishing all my life and it never dawned on me that I would catch a state record burbot ‘cause it’s kind of a rare fish.”

Burbot are distributed in fresh waters throughout North America, Europe, and Asia with their range extending south to the 40th parallel, according to the Alaska Department of Fish & Game. So Skafar caught his record fish near the southern edge of their range.