Angler’s First Bass Ever Is Also a State Record Fish 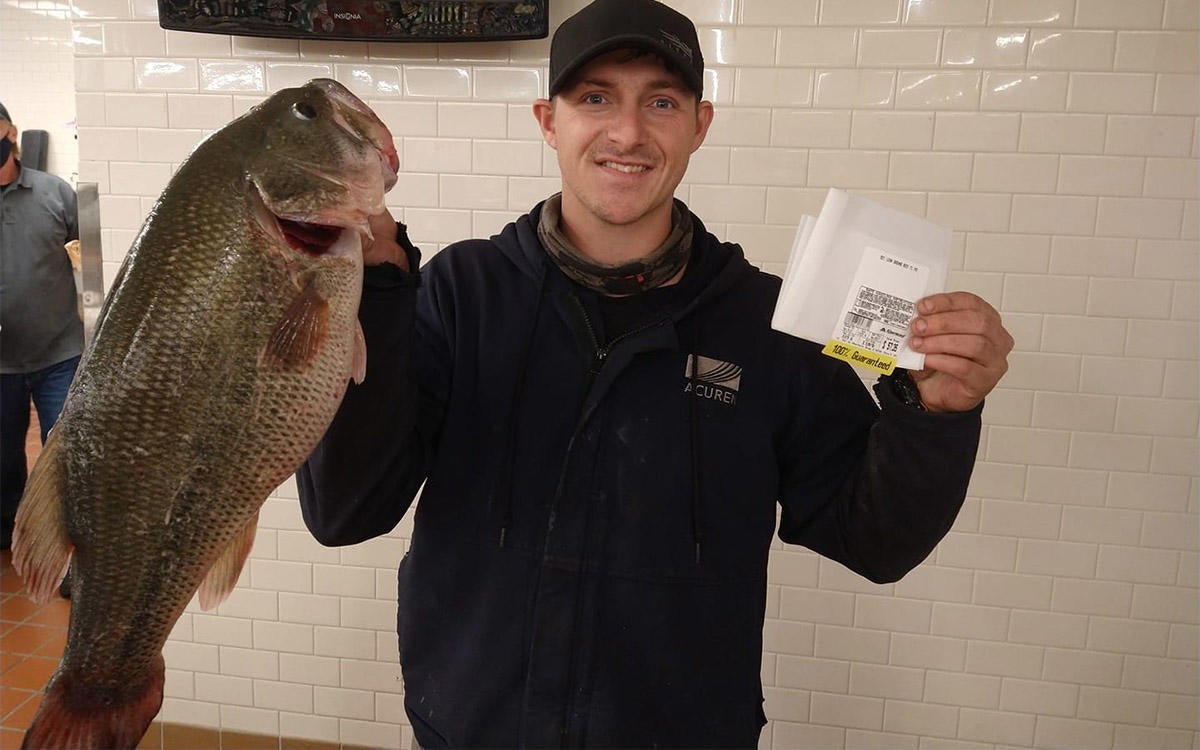 Not many anglers would think to head to Montana to catch bass, but maybe they should, according to a report from Billings radio station KBUL. Billings angler Brandon Wright just broke the 12-year-old state largemouth bass record by landing a pot-bellied 9.575-pound fish that was officially weighed and certified by state fisheries folks.

Wright, 28, caught the 22.5-inch bass on 6-pound test line while fishing with an earthworm on a number 10 hook, trying for trout on Lake Elmo.

Wright is originally from Texas, living in Montana for only four years, and usually fly fishing Montana’s famed rivers like the Bighorn for trout. He was also targeting trout on Lake Elmo, when he hooked the record bass after only 15 minutes of fishing.

It’s the first and only largemouth bass he’s caught. However, Wright is an experienced angler and has caught heavy fish such as tarpon and catfish weighing more 80 pounds. Than experience undoubtedly helped him land this monster bass.

Last October the Montana smallmouth bass record was broken with a 7.84-pounder caught by Theron Thomson on Fort Peck Reservoir. And in March of this year angler Robbie Dockter set a Montana record brown trout from the Marias River weighing 32.43-pounds.