Captain said it would have "demolished" the current state record for the species. But claiming the record would have required him to kill the fish, so he released it instead 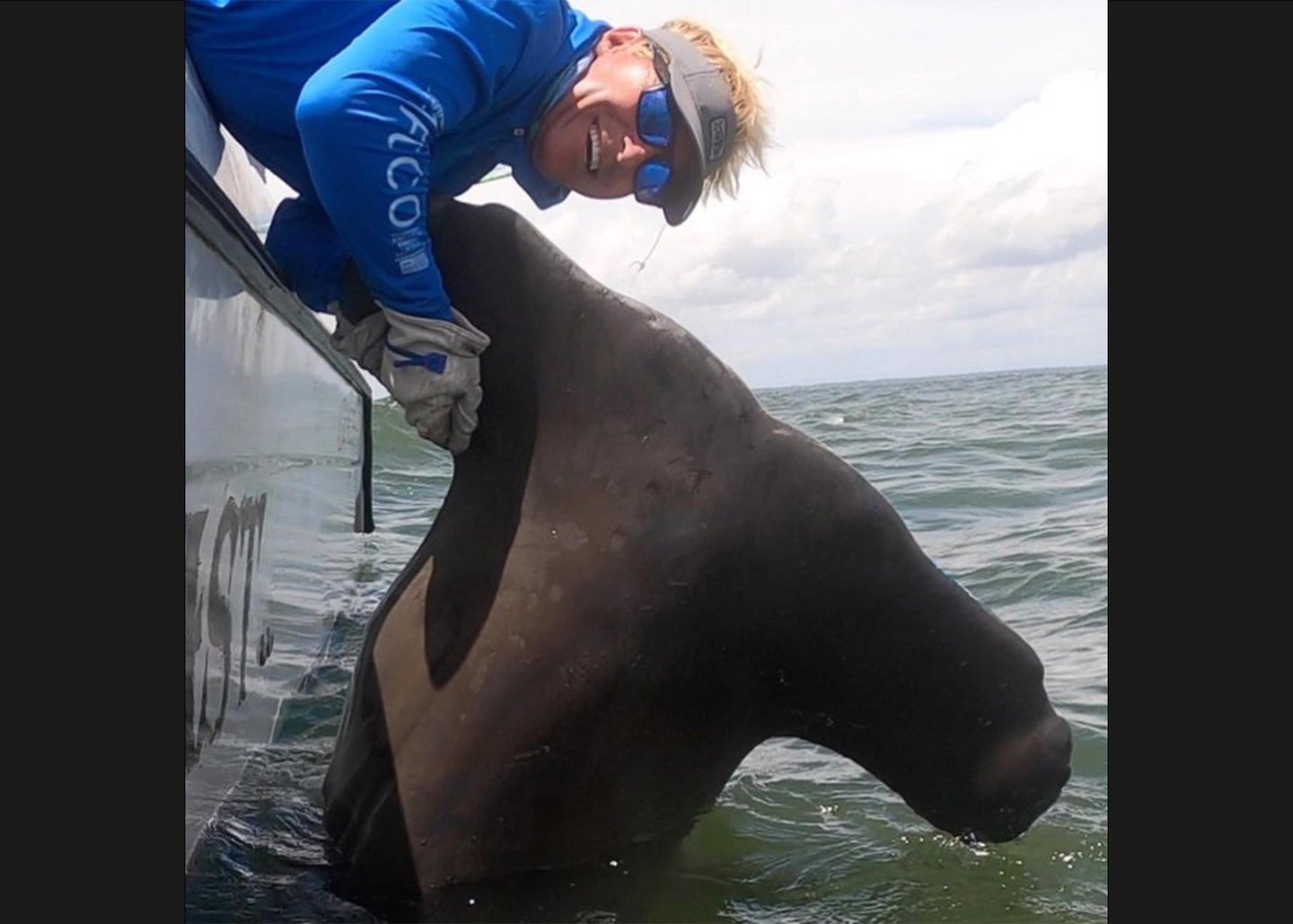 The captain estimated that the shark weighed over 1,000 pounds, which is nearly twice the weight of the current state record for the species. Chip Michalove / Twitter
SHARE

Captain Chip Michalove proved that he cares more about fish than fishing records last week when he released a hammerhead shark that, by his own estimation, would have “demolished” the current state record for the species. But since claiming the state record would have meant killing the shark, the Hilton Head-based charter captain chose to forego the record and release the fish instead. Michalove shared a photo of the massive shark on social media last Wednesday.

13.5ft, over 1,000lbs, hammerhead this morning. We set out fully committed into finding the same hammer that was circling us yesterday and she was waiting. Tagged and released her healthy. Would’ve demolished our state record but love these fish too much to kill. @AftcoFishing pic.twitter.com/4cLzN0z70T

“13.5 feet, over 1,000 pounds,” Michalove wrote on Twitter. “Tagged and released her healthy. Would’ve demolished our state record but love these fish too much to kill.”

Michalove told The Island Packet that he first saw the hammerhead while on a charter trip last Tuesday. The shark wouldn’t commit that afternoon, so the following morning, he took another pair of clients out to the same location a few miles off Hilton Head Island. The same giant shark took their bait around 10:30 a.m., and after it peeled off 400 yards of line in the first minute of the fight, the anglers realized they were hooked up to the one of the largest hammerheads in South Carolina’s recorded history.

It was an opportunity that many anglers obsess over: a chance to get their name in the record books. But Michalove, who has more than 20 years’ experience as a full-time fishing guide, told the local newspaper that he’s come to appreciate these big sharks too much to kill one just for the sake of a record.

He said the two anglers agreed with him, and by the time they got the hammerhead alongside the boat, they worked quickly to make sure it was released alive. After placing an identification tag in the shark that shows who caught it and when, they estimated some measurements, snapped a few photos, cut the line, and kicked it loose.

“This fish is probably older than I am,” Michalove said, “and to just kill it to make a few headlines or to get my name in a record book isn’t worth it.”

The current state record for South Carolina hammerheads has stood for 33 years. That fish weighed roughly 588 pounds and was caught near Charleston. The world-record hammerhead is a 1,280-pound shark that was caught off the Florida coast by Captain Bucky Dennis in 2006.