The standing Tennessee state record is 104 pounds, but this huge spoonbill might have blown it away 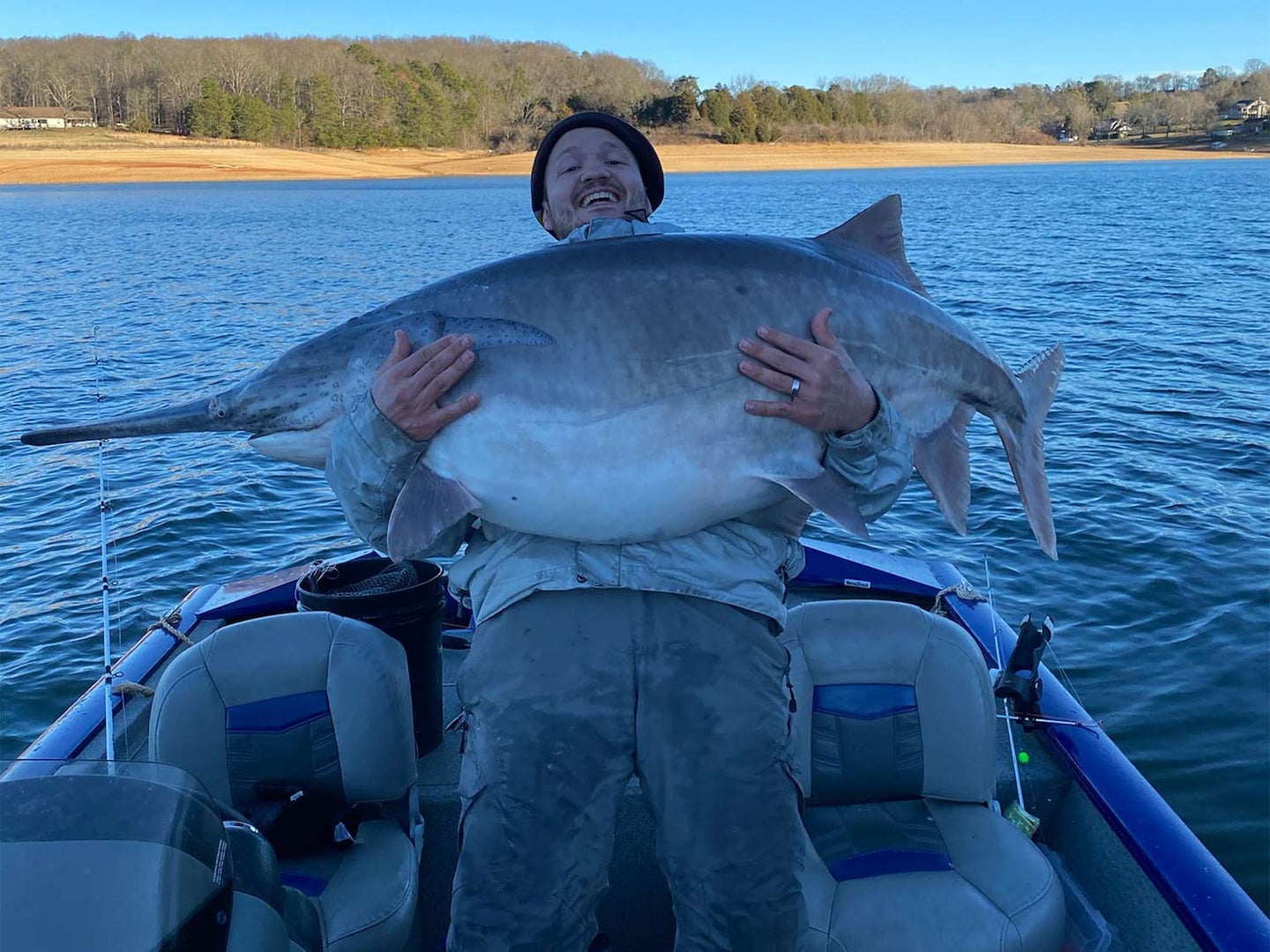 There’s big fish magic in the waters of Tennessee’s Cherokee Lake, where yet another astonishing American paddlefish has been caught from the deep, clear reservoir.

Robert Livingston was fishing with a friend on January 23 when he snagged the giant fish and got it to the boat. Livingston estimated it to be 6 feet long and 150 pounds, based on the width of his friend’s boat and because he can lift 150 pounds overhead at the gym. Neither is 100 percent accurate, of course, but when eyeballing the big spoonie it certainly is a giant.

“This one, it just swam by and caught my hook right in the corner of its mouth,” Livingston told WBIR 10 News. “It was barely hooked, just a small portion of its cheek. (Got) it in the boat and I grab it, and the hook actually falls out into the water.”

The Tennessee record is 104 pounds, according to the Tennessee Wildlife Resources Agency. The world record is 151 pounds, 14.4 ounces caught on Keystone Lake in Oklahoma.

Located in east Tennessee, Cherokee Lake is an impoundment of the Holston River. It has more than 400 miles of shoreline, a maximum depth of 150 feet and an average depth of 30 feet. It’s a popular lake year-round for fishing and recreational activity, even in winter when the water level is lowered to assist with winter and spring flood control. The Holston River joins the French Broad in Knoxville to form the 652-mile Tennessee River.

Paddlefish, also known as spoonbills, thrived in the rivers of the Southeast prior to their being dammed for hydroelectric power and flood control. Today the fish still are found in the Tennessee, French Broad and Holston rivers and impoundments, and others in the region, but in lesser numbers. Because they are filter feeders, catching one on a rod with a hook usually is an accidental snag in the mouth or rostrum and a surprise to anglers. Spoonbills must be released in Tennessee.

Paddlefish are filter feeders, swimming with their massive mouth open to sift zooplankton from the water through gill rakers. They’re often caught in highly oxygenated waters, such as below hydroelectric dams, but aren’t exclusive to those areas. Like any fish seeking the best forage, paddlefish will find and follow zooplankton.

Read Next: How To Catch Giant Paddlefish with Giant Hooks