Everything Is Bigger in Texas, Even the Largemouth Bass 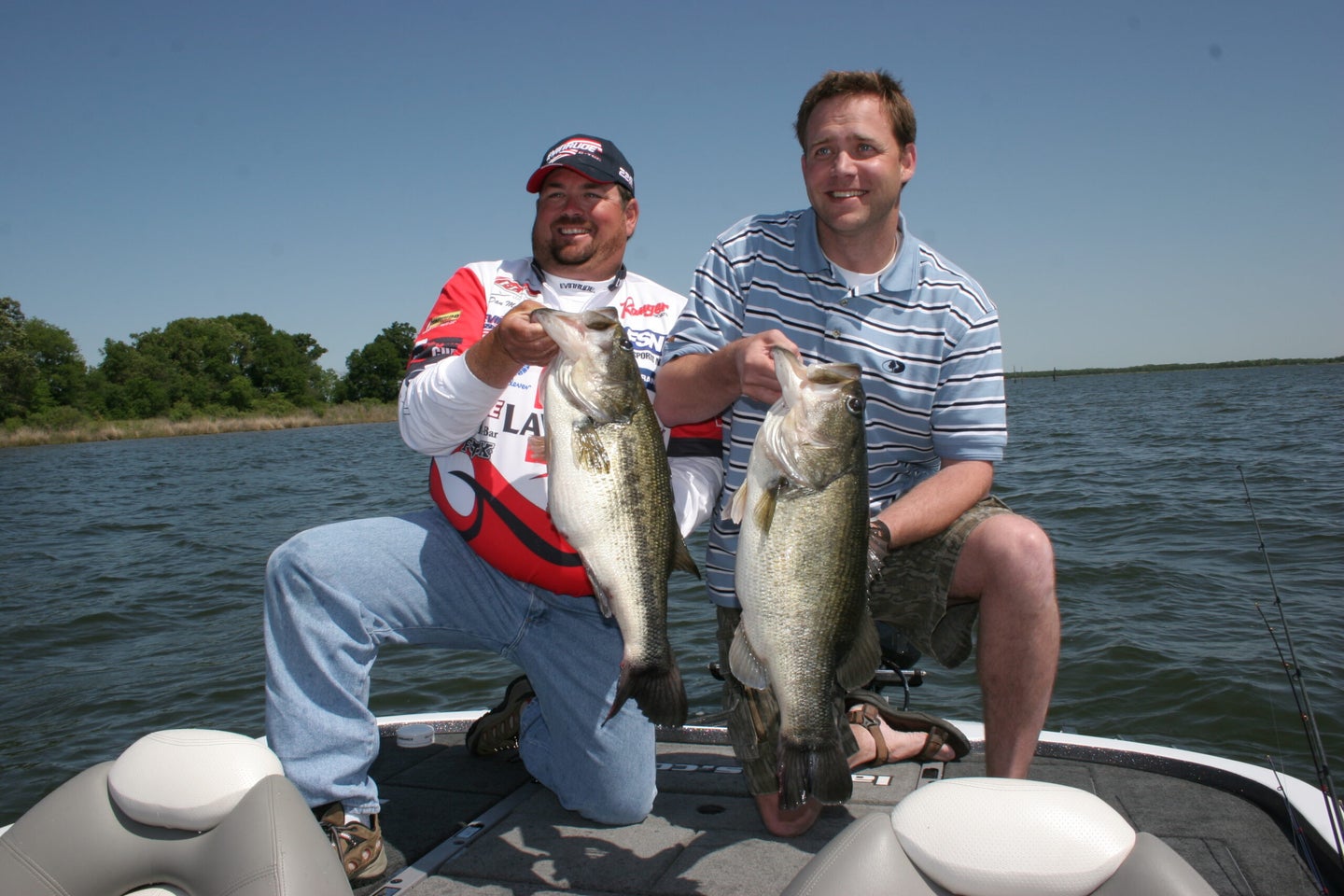 This has been an exceptional year for bass spawning for the Texas Parks and Wildlife Department’s (TPWD) Toyota ShareLunker Program. The goal of the ShareLunker is to stock genetically superior bass to produce more trophy largemouths for Texas anglers.

“We are thrilled with the number of ShareLunker offspring produced this year, and we couldn’t have done it without the anglers who generously loaned us their 13-pound and larger bass for our selective-breeding program,” Kyle Brookshear, program manager, told the Panola Watchman newspaper in Carthage, Texas.

The Legacy-Class ShareLunker program began in 1986, and this year surpassed 600 entries. Five Legacy Lunkers this year weighed over 15 pounds.

State biologists have learned much from genetic testing of Legacy Lunkers over the years. For example, biologists identified that at least two fish this season are pure-strain Florida largemouths spawned and stocked out of TPWD hatcheries.

“It’s always great to see the genetic analysis reaffirm the efforts,” said Tom Lang, director of the Texas Freshwater Fisheries Center. “On the other hand, when ShareLunkers aren’t related to previous ShareLunkers it is also valuable because those fish add more big bass genetic diversity to the effort.”