8.6 Blackout: Could It Be Your Next Whitetail Cartridge (or Cape Buffalo Load)?

The 8.6 Blackout is a new cartridge designed for short-barreled rifles and hunting everything from deer to dangerous game 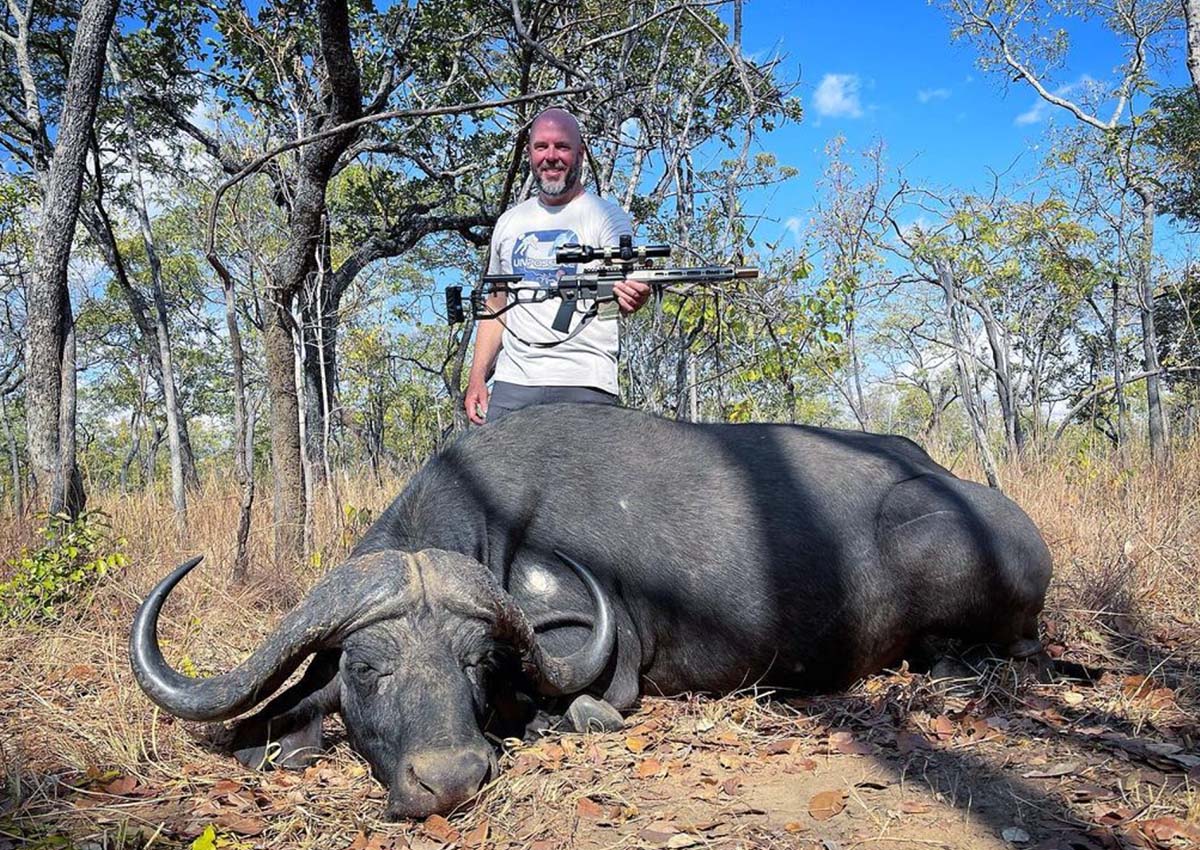 What if you could have a 6-pound gun with a 16-inch barrel to hunt everything from whitetails to Cape buffalo? And imagine it could shoot supersonic or quiet-subsonic hunting ammo. That’s the Q founder, Kevin Brittingham’s, vision for the 8.6 Blackout cartridge. And even though it has started as a wildcat, the new cartridge has already taken big game and factory ammo is becoming available.

So is this another wonder cartridge that won’t take off? Or is it the .300 Blackout we always wanted? Only time will tell. Until then, here’s more info from Brittingham, who developed the 8.6 Blackout with his team at Q.

The 8.6 Blackout uses a .338-inch-diameter bullet in a shortened 6.5 Creedmoor case. It can be shot at super and subsonic velocities.

“We settled on shortening up the 6.5 Creedmoor case because it’s a little more efficient than the .308 case,” says Brittingham. The length of the case centered around fitting in an SR25 magazine.

Bullet weights for 8.6 Blackout range from 155 to 350 grains, and velocities range from around 2,400 fps to around 1,000 fps. Brittingham says the subsonic loads are just as quiet as .300 Blackout with better terminal performance.

“I think it’s the best utility cartridge ever developed,” Brittingham says. “We wanted a cartridge that could work in a compact, lightweight gun with a short barrel and could shoot supersonic or subsonic out of bolt guns or gas guns.”

“The idea with the supersonic loads is to get magnum cartridge capabilities from a standard pressure cartridge in a lightweight gun,” he says. “And have a subsonic that’s very lethal. Basically every lesson that we learned from .300 Blackout whether its barrel twist or bullet design, we put into this.”

“It started as a joint project with a foreign military, and some of our special operations groups are now involved with it,” Brittingham says. “That’s always exciting to us, but we really wanted to do something for the commercial market for hunting. To give you the ability to shoot big animals with short barrels and lightweight guns.”

The 8.6 Blackout was designed to be used for hunting with both subsonic or supersonic ammunition. Utilizing heavier bullets and faster rifling twist rates (more on this later) it was also designed to outperform .300 Blackout.

“With some subsonic loads we’re getting 1 MOA at 300 meters, which is where we think the max is for subsonic hunting,” Brittingham says. “That extends the .300 Blackout’s range by three times. It kind of makes .300 Blackout obsolete for hunting honestly.”

Brittingham’s first animal with subsonic 8.6 BLK was a zebra, which he shot at 30 yards. Zebras are surprisingly large, tough critters, but that animal only went 30 yards after a broadside shot. “I shot one at 207 yards and he went 30 or 40 yards,” he says.

The supersonic ammo is best for big game and shooting to 500 yards, however Brittingham says he plans to test the subsonic on big, dangerous game, too. He’s already put several Cape buffalo down with supersonic loads.

Of course, we won’t know the true accuracy potential of the load until we (and others) get to range test it. But at least for now, Brittingham’s claims are impressive.

According to Brittingham, increasing the rotational velocity increased muzzle velocity and helped subsonic bullets expand. The Q engineers began testing with a 1:10 twist and then went to a 1:7 twist. With that change they found in their gel tests the initial wound cavity increased by two times. When they went to 1:3 the wound cavity tripled.

“We settled on 1:3 twist, although probably 1:2 is optimal, but with 1:3 all the commercial copper solid bullets and bonded bullets we tested stayed together and with the 1:2 some of them came apart out of the barrel,” Brittingham says.

Experienced shooters are probably wondering about spin drift. “It’s a 500-meter cartridge,” Brittingham says. “With a supersonic load and a 16-inch barrel, after 400 yards you’ll have to consider spin drift.”

Another area of concern with new cartridges is barrel life, which Brittingham says will be excellent.

The 12-inch barrel is Brittingham’s preferred length. But he recommends a 16-inch barrel if you want to shoot farther distances, especially with supersonic ammo.

Read Next: The Best .350 Legend Rifles

Brittingham’s favorite supersonic bullet is the 210-grain Barnes TSX. With that bullet, he gets 1950 fps out of a 12-inch barrel.

Brittingham has tested bullets from 155 to 225 grains for supersonic loads. He’s shot up to 350-grain bullets in subsonic. “I’ve shot 30 animals in Africa with subsonic 8.6 with Hornady 315-grain Sub-X bullet,” Brittingham said. That 315-grain Sub-X isn’t available yet, but it’s expected to be part of Hornady’s .338 Sub-X line.

Maximizing subsonic ammo performance is a challenge due to the lower velocity and keeping the ammo from going supersonic in longer barrels.

“Here’s the problem with subsonic ammo: You need to load for barrel length to get the best performance,” Brittingham says. To solve for this, he says there will be barrel-length specific ammo available.

New cartridges pop up all the time, and lately, they’ve trended toward flat shooting and long-range performance. The 8.6 Blackout is different. It’s meant for medium-range applications and light, short rifles. It has promising results from Brittingham’s testing, but only time will tell if it can gain enough traction to truly take on the .300 Blackout.