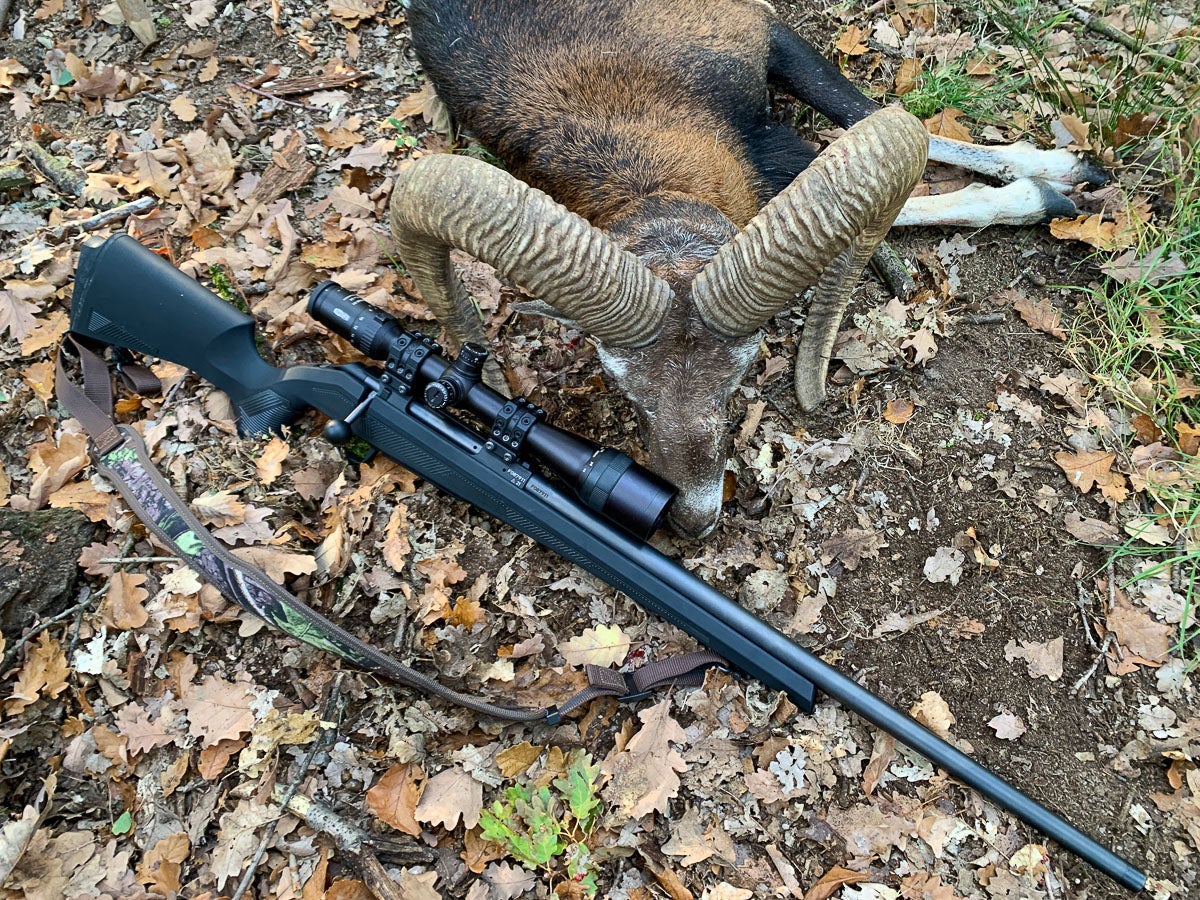 The CZ 600 is an all-new rifle platform from the Czech gun maker. Matt Foster
SHARE

Last month Outdoor Life asked if I would go to the Czech Republic for the unveiling of the CZ 600, the Czech company’s all-new bolt action rifle, along with the opportunity to hunt for a Mouflon ram. After a split-second deliberation, some schedule rearranging and passport-renewal panicking, I said “Does a fat dog fart when ya’ nudge him? Hell yes I’ll go!”

There’s no shortage of recently introduced bolt actions, most of which shoot well and are reasonably priced. It’s a competitive market. Standing out in a crowded field of sub-$1,000 bolt actions is no small task, but the new CZ 600 series rifle does in fact set itself apart from the competition.

CZ, based in the Czech Republic, is known for making classic, square bridge, Mauser-style bolt action rifles. Robust and featuring the quintessential claw extractor with controlled round feed, the design’s lineage goes back more than a century. While still a great configuration that works quite well, technology has move on and CZ decided it was time to move with it.

So not only is the CZ 600 series an all-new design—which is big news in itself—but it is replacing all the existing centerfire bolt actions in CZ’s catalog, meaning CZ will no longer make the CZ 527, CZ 557, and CZ 550 Safari rifles. So with the CZ 600, the company is burning its boats on the beach, so to speak, and isn’t looking back. I used to work at Marlin Firearms, so I can appreciate how massive an undertaking this is. After handling the new rifles for several days and hunting with them in the Czech Republic, it looks like the CZ 600 will be a big success.

The desire for modularity had a dramatic effect on the receiver design. Unlike most bolt actions, the bolt’s locking lugs don’t engage with the receiver but rather with reciprocal lugs machined into the barrel. This allows the barrel to be inserted into the receiver in a similar fashion to an AR, making it easier for the user to change barrels with no need to set the headspace when making the change. Another interesting choice: The receiver can be either steel or aluminum depending on the model. CZ’s new design also ditched their traditional proprietary dovetail for Picatinny/Weaver style bases or, on some models, a version drilled and tapped for the user’s choice of mounts and rings. CZ 600 Series rifles will be built on one of three receiver sizes: Mini for .223-size cartridges, Medium for .308-size cartridges and the 6.5 PRC, and Long for the .30/06 and .300 Win. Mag. cartridges.

The CZ 600’s barrel is cold hammer forged with a threaded muzzle and available in different weights and lengths depending on the model. Because it slides into the receiver rather than threading in, there are no external threads. Instead, there is an indexing slot on the barrel, making it impossible to insert incorrectly. The barrel is removed and reinstalled via three hefty Torx fasteners in the receiver that are torqued or loosened in a specific pattern. Resetting the headspace is unnecessary and CZ guarantees return to zero within 1 MOA. This is one of the easiest, most foolproof methods for removing and reinstalling a barrel I have seen.

As mentioned, the bolt has two rows of three locking lugs and a compact 60-degree bolt throw, with the exception of the mini action which has only three lugs. Significant effort went into the bolt design. CZ ditched the classic Mauser claw extractor for a more modern AR- or Sako-type but still managed to make it control round feed. Another feature is the controlled ejection. Many riflemen shooting Winchester Model 70s or Mausers appreciated working the bolt slow to drop cases right beside the rifle or working the bolt briskly to send cases over to your buddy two benches away. The CZ 600 has a plunger-style ejector that pops the case out in the same manner. Here’s how it works. On a Remington 700 the plunger is pushed forward by a spring. On the CZ 600 it is held rearward with a spring. With the plunger flush with the bolt face, the action can still function as a control-round feed as the rim of the cartridge can slip under the extractor without bumping into the ejector. As the bolt is moved backward, the plunger engages with a stop that moves it forward, above the bolt face, and pops the brass free. The harder you work the bolt, the more vigorously the brass sails clear. It’s a nice touch. In addition, the bolt head can be swapped to accommodate a new chambering.

Most serious hunters and shooters want an adjustable trigger because the lawyer-approved pull-weight on factory triggers can be annoying at best and almost unshootable at worst. The only downside is sometimes adjusting the pull weight can be tricky. CZ has an innovative and patented take on this. Their adjustable trigger has four positive, detent-defined settings that can be selected with an Allen wrench without removing the action from the stock. This prevents making the trigger unsafe. The pull weights are in Newton Meters (feel free to commence with the metric jokes), but work out to about 1.5 pounds at the lightest setting and 3 pounds at the heaviest setting.

The safety is the most unusual I’ve seen on a bolt action, but also very intuitive with just a bit of use. It’s a tang mounted plunger design. Basically, the safety consists of a button located at the top tang position, which you push down for “fire.” Pushing it back up, which you do from the bottom side of the stock just behind the trigger guard, places the rifle on safe. In the safe position, the bolt is locked in place. I appreciate this because it keeps the bolt closed when walking with the gun slung over my shoulder. There is a bolt lock override on the side of the receiver. Push and hold this button down to work the action or remove the bolt, all with the gun on safe. During the hunt I used this feature frequently to clear the action while getting in and out of vehicles, getting into stands, and so on. It’s a smart design element.

Initially four models will be available in the U.S.: the Alpha, the Range, the Lux and the Trail. Expect to start seeing them in mid-January 2022.

The Trail is radically different than the other three models. Available only in the mini-size action in .223 Rem., the Trail is a cross between an AR-15 and chassis-style rifle. Made to be modular and portable, it features a telescoping stock, a free float M-LOK handguard, an enclosed receiver with top Picatinny rail and uses AR-15 magazines. The mag release and safety are styled after CZ’s Bren series rifles. The mag release button does not lock. The Trail has a 2 MOA accuracy guarantee. Available calibers: .223 Rem. MSRP: $1,155.

Summary of the CZ 600 Rifle

Overall this is an impressive new rifle platform with well thought out features and innovations that are useful, not just different for the sake of being different. The interchangeable barrel feature will great for those that want to change calibers without buying a new rifle, or for those that shoot a lot and need to replace a worn-out tube. We were not able to do thorough accuracy testing at the event but do anticipate having one to put through its paces in a controlled environment very soon.