U.S. Olympic Biathlete Deedra Irwin Missed a Silver Medal by One Shot, but Her Seventh-Place Finish Was Still the Best Ever by an American

The Wisconsin native came as close as any U.S. athlete ever has to making the podium in the biathlon 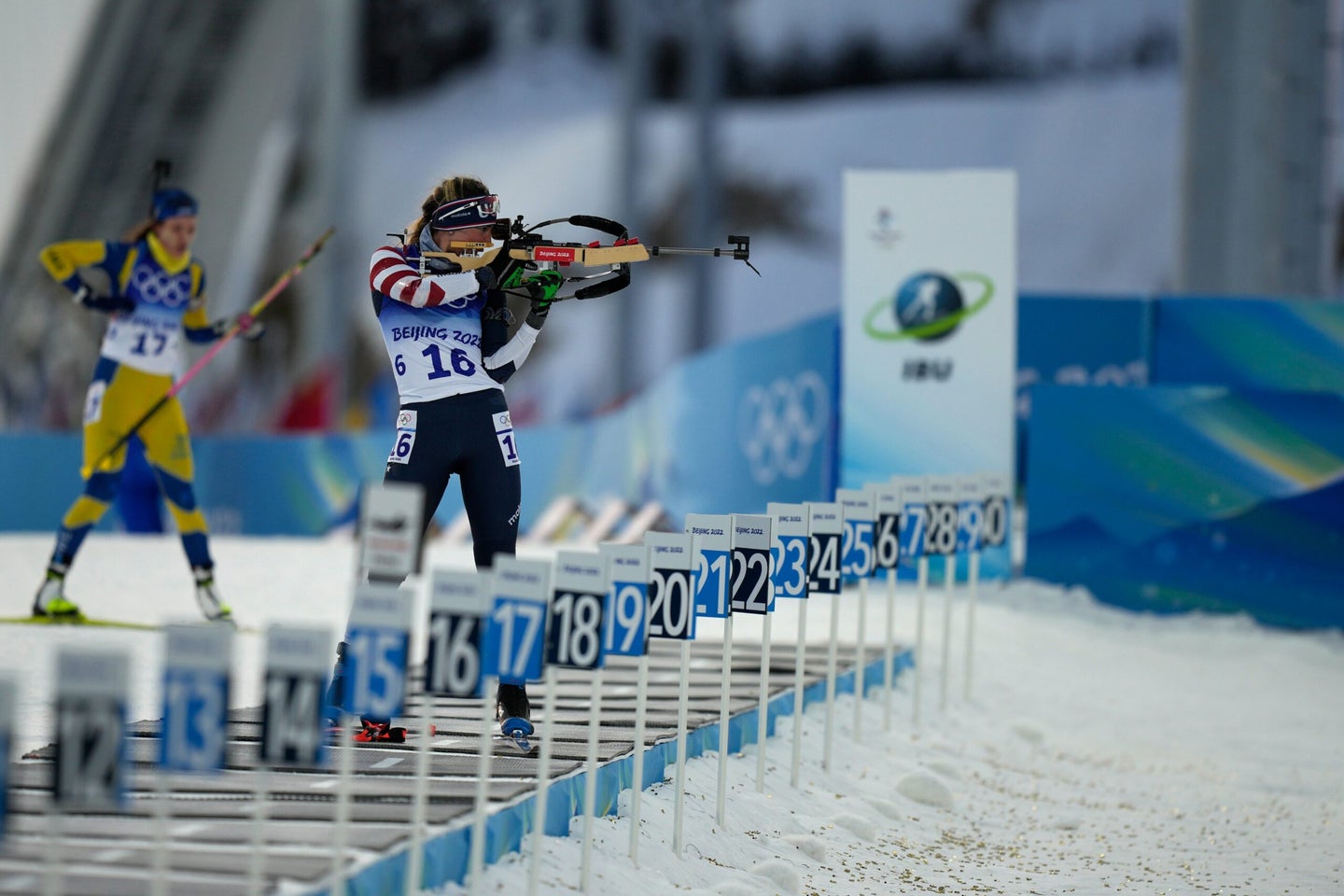 Deedra Irwin's seventh place finish in the biathlon at the Beijing Winter Olympics was the best ever by an American. Team USA
SHARE

Deedra Irwin, 29, didn’t seriously start skiing until she was a sophomore at Pulaski High School in Wisconsin. Monday, she made U.S. team history by finishing seventh in the women’s 15k individual biathlon at the Beijing Olympics, which is the highest olympic finish for any American in biathlon.

Irwin, who is in the Army National Guard, hit 19 of 20 targets and finished just over a minute behind gold medalist Denise Hermann of Germany with a time of 44 minutes, 14.1 seconds. If Irwin would have gone a perfect 20-for-20 on rifle targets she would have been the silver medalist (each miss adds 1 minute onto an individual competitor’s time). Prior to the Beijing Games, Irwin’s best finish in IBU World Cup Biathlon was 55th. The sport is typically dominated by athletes from Germany, Norway, Russia, and France.

“I was trying to focus on just working on everything I’ve worked on this week,” Irwin said in a post-race interview. “Really skiing the course well and staying calm on the range and being ready for anything — with wind or whatever. I had a good game plan, and I was able to execute it. Everything came together. I had no idea how I was doing, and I was just in my zone, and it worked — what the heck.”

In Monday’s Olympic biathlon, athletes had to ski five loops around the course at Zhangjiakou National Biathlon Centre northwest of Beijing. Each woman shot twice from prone and twice from the standing position between laps. Typically, competitors must ski an extra 150-meter loop for every missed shot, but in the Olympic Games they lose a minute for each miss.

This was Irwin’s first Olympics. She was a cross-country runner at Michigan Tech in college, and walked onto the school’s Nordic ski team, qualifying for the 2015 World Junior Championships. Irwin became a Team USA biathlete in 2017 after Joanne Reid, another U.S. biathlete, invited her to attend a talent camp. After the week-long camp Irwin was asked to return and train with the team full-time.

7th!!!!!! @deedrablu has an unbelievable race and takes the BEST EVER finish for Team USA in the Olympics!!! #beijing2022 pic.twitter.com/w8hwmg4Rqo

Irwin was in tears after learning she had finished seventh in a post-race interview posted on Twitter by U.S. Biathlon.

“I don’t even know right now,” Irwin said when asked how it felt to take seventh place. “My hands are so cold.”