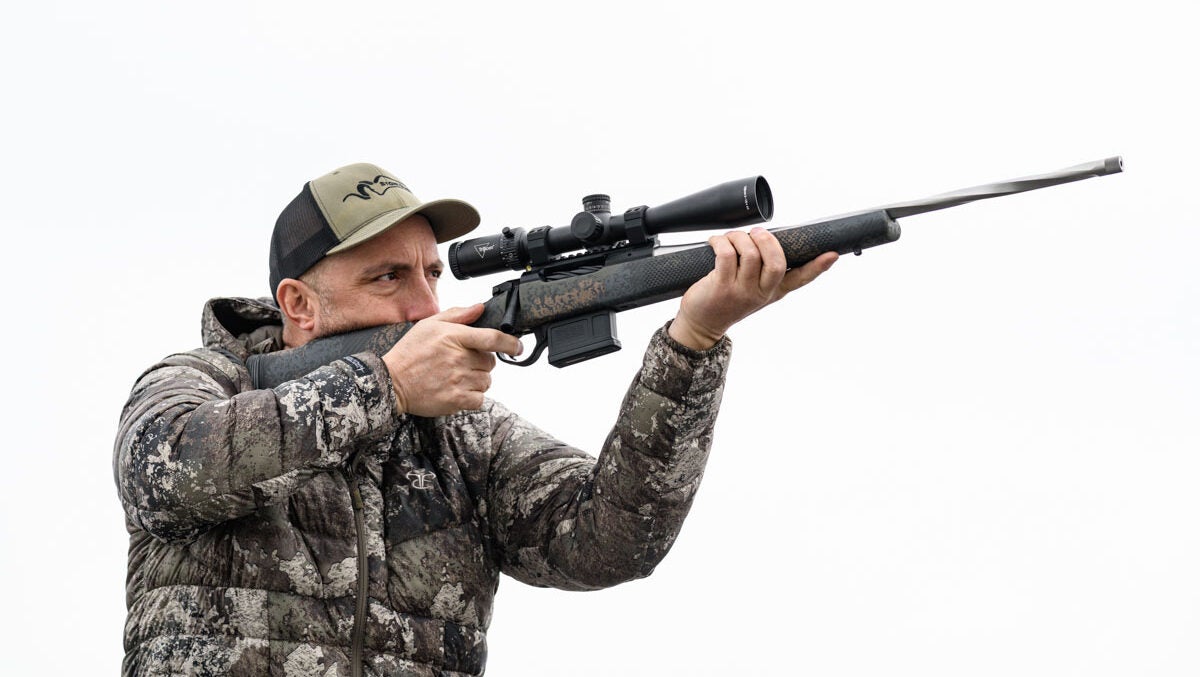 The author putting a Seekins Havak Pro Hunter in 6.5x47 Lapua through the paces. John B. Snow
SHARE

For gun writers like me the opportunity to get early looks at the latest rifles, handguns, and shotguns and talk about them is one of the best perks of the job. When those reviews are posted there’s an invariable torrent of feedback. One recurring comment from skeptical readers—especially if the review is positive—is that while such-and-such firearm might be good, it was probably cherry picked for the gun writer. Sometimes the same is said of the ammunition I test. The implication being that the rifles, handguns, shotguns, and ammo shipped to your local Cabela’s, Sportsman’s Warehouse, or mom-and-pop gun store are somehow inferior to what the gun media reviews.

Is there any truth to that? Do gun writers get the good stuff, while the peasants that comprise the shooting public have to make do with whatever rolls off the production line? Having been at this game for more than 20 years, I have to say—not so much.

The Evil Geniuses of Marketing

I understand the sentiment. In theory, it sounds like a no-brainer. When Ruger, Browning, Savage or whoever trots out a new rifle, why wouldn’t they make sure they are delivering a ringer to the gun writer, a paragon of accuracy that will skew public opinion in the gun company’s favor?

In this scenario, the gun company’s crafty marketing department goes to the factory floor and grabs a pile of rifles—how many? Five? Ten?—and tests them to see which performs best. I suppose they’d have to go through the hassle of scoping them all up and shooting a broad variety of ammo through each, just to be certain.

This itself would be a major task—one that no marketing department in the industry could realistically pull off for want of staff, and in some cases, skill. Beyond that, there’s a major problem with the assumption. These are new guns we’re talking about, ones that haven’t been released and most of the time haven’t been announced. (Gun writers regularly sign non-disclosure agreements, aka NDAs, to keep us from talking about new firearms before the company launches them.) Most often these guns are pre-production models. How many of those are kicking around? The answer is usually just a few. That handful of rifles is all the gun company has to put through their engineering and testing process (which is where the guns spend most of their lives). They also use these guns to show to select companies—like Cabela’s, Bass Pro, Scheels and Sportsman’s Warehouse—who might stock them, to display at tradeshows, and for media purposes. There certainly aren’t enough to “cherry pick” one to send to a gun writer.

The reason we get pre-production models is because the companies want to make a big splash when a gun is formally introduced, ideally with coverage in the media that coincides with the release date. Since initial demand for a new gun usually far outstrips a company’s production capacity, this is also why you’ll see early reviews of a gun that might not be available at your local gun store for many months.

Now what does pre-production mean? Is it a hand-built wonder? No, far from it. These are the firearms that the gun companies use to figure out what they’re doing wrong. In the hurry to meet production deadlines, these guns will have mismatched components, inconsistent finishes, plus bits and pieces that are slightly out of spec. Some of these flaws are cosmetic, others impact how the gun functions. The most common shortcomings are how the guns feed from their magazines and how the guns cycle. These rifles, shotguns, and handguns are to gun manufacturers what shakedown cruises of freshly launched warships are to the Navy.

How about when I get a gun that’s already in production, is there anything fishy going on there? Hardly. Guns usually come from a warehouse that is located somewhere other than where the marketing team is based. It ships to me just like it would ship to any gun store, with all the stickers and hangtags intact.

One thing I’ve learned the hard way over the years is to inspect every gun that comes to me with a sharp eye, even those that come right from the marketing departments. Every gun I get, I take apart and make sure it is screwed together the right way. I’d recommend you do this with any new gun you get as well. I can’t tell you how often the action screws are loose, or the screws that attach a Picatinny rail to a receiver are loose, stripped, or missing. Over the years I’ve even gotten guns that don’t have firing pins—they were samples for the SHOT Show or one of the various wholesalers shows that hadn’t been restored to full functionality.

How about the ammo we shoot? I read one blog where the author proudly proclaimed that one of his tests was performed with ammunition he’d purchased himself, because he didn’t want his results tainted by the “special” ammo that companies reserve for gun writers.

Given that he had provided me with such a good laugh, I didn’t have the heart to comment that the only “special” ammo writers get consists of the cosmetic rejects that were culled in the inspection process, which the companies can’t sell. Don’t get me wrong, the stuff shoots just fine, but in the pecking order it is steerage berth, not first class.

I will confess, however, that I like the idea of my marketing colleagues going down to a production line churning out millions of rounds of ammo and trying to find me those that shoot best. If they ever attempted such a stunt, a line foreman would probably beat them with a mop handle.

Read Next: What Would Jack O’Connor Say About Long-Range Hunting?

So, for better or for worse the guns and ammo we get to review are no better (and at times worse) than what the general shooting public has access to. Personally, I wouldn’t have it any other way. While it would be nice to know that every firearm I get in to review has been assembled correctly and is capable of shooting, I wouldn’t trade that assurance if, as a result, I had to question whether I was misleading a reader about the quality of a gun they had saved their hard-earned cash to acquire.