The new Howa Carbon Stalker rifle tips the scales at a mere 4 lbs., 10 oz. in its lightest version, shoots sub-MOA groups, and costs a lot less than many specialized rifles of similar weight 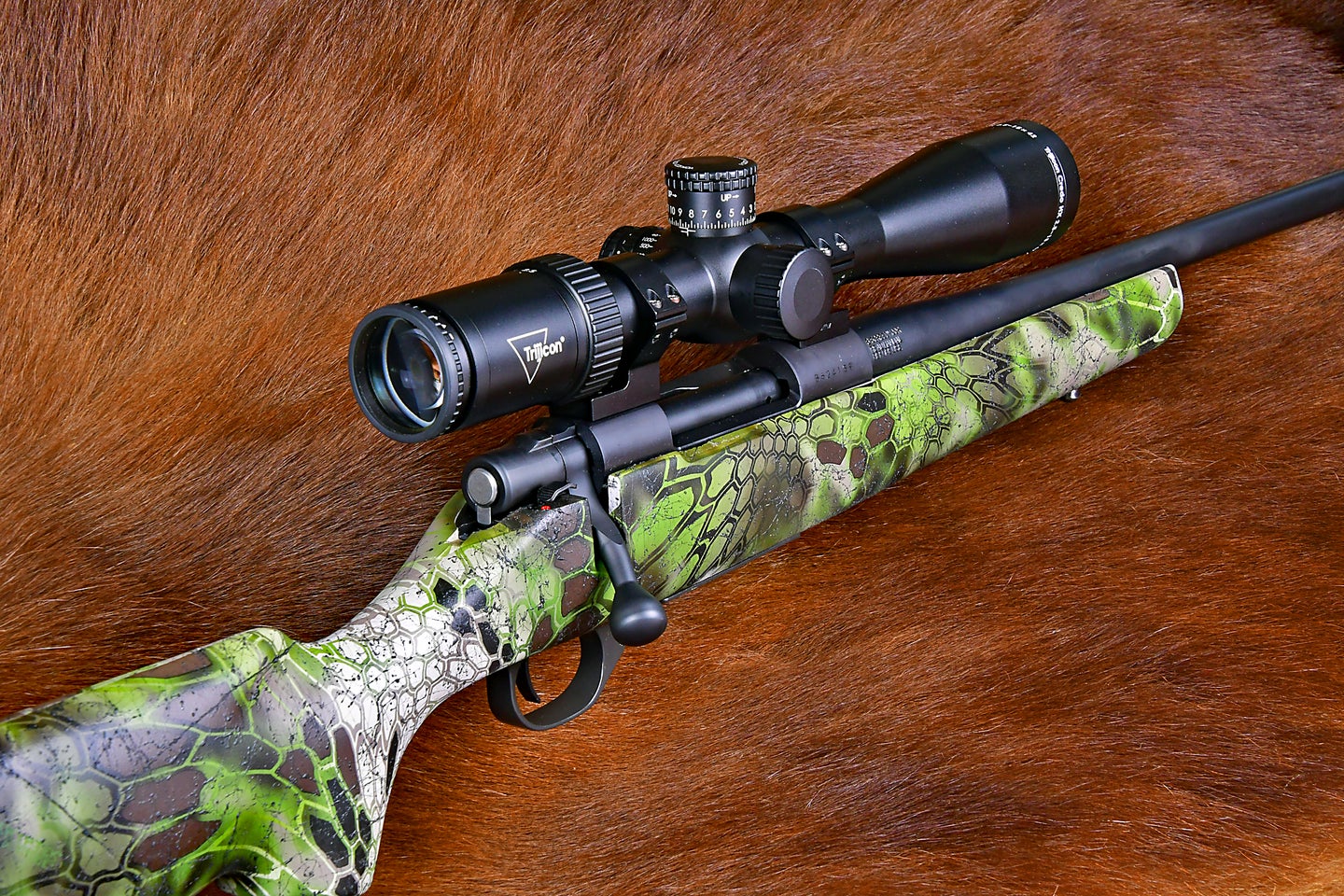 The new Howa Carbon Stalker, weighing less than 5 lbs. in the 1500 Mini Action version, is the lightest rifle Howa has ever made. The version tested by the author, built on the 1500 short action and chambered in 6.5 Creedmoor, weighs just 6.2 lbs. Michael Dickerson
SHARE

Ever since Melvin Forbes of New Ultra Light Arms shocked the hunting world in the 1980s with custom hunting rifles weighing less than five pounds, a lot of rifle makers have put a lot of time and energy into producing their own lightweight guns. Many early efforts produced less-than-stellar results with factory guns that had cut-down, pencil-thin barrels and chopped-off stocks. But over time, gun makers started working with materials like Kevlar, titanium, and carbon fiber, which allowed them to produce lighter guns with more traditional barrel and stock dimensions.

One of the latest to join the lightweight club is the Japanese firm of Howa, which is well known for producing both the sturdy Howa 1500 rifle and its close cousin, the Weatherby Vanguard.  There was a time when Howa rifles were viewed as something of a poor man’s Weatherby, but those days are long past. Nevada-based Legacy Sports International imports Howa barreled actions and turns them into some quite nicely designed rifles that are infinitely more appealing than the no-frills Howa rifles of yesteryear.

A case in point is the new Howa Carbon Stalker rifle. The welterweight version of this gun, using the 1500 Mini Action, weighs just 4 lbs., 10 oz., making it the lightest rifle Howa has ever produced. It’s chambered for .223 Rem., 6.5 Grendel, 7.62×39 and .350 Legend. Since I seldom hunt with those cartridges, I was happy to discover that the Carbon Stalker is also made in more potent chamberings in 1500 short-action (6.5 Creedmoor, 7mm-08 and .308 Win.) and long-action (.270 Win., 7mm Rem. Mag and 6.5 PRC) versions that weigh a bit more but are still very light. The gun sent to me for testing, chambered in 6.5 Creedmoor, weighs just 6.2 lbs. You can find lighter rifles, for certain, but they’ll typically have a much higher price tag than the Carbon Stalker, and a six-pound gun is about as light as I like to go for most hunting purposes.

Building a gun this light on the standard 1500 action is quite an accomplishment when you consider that some Howa models using the same action can weigh 8 lbs. to 10 lbs. Much of the weight savings comes from using a Stocky’s hand-laid carbon fiber stock that has clean, classic lines, a slightly enlarged palm swell and Accublock bedding. The stock on my test rifle weighed less than 2 lbs. and sported a Limbsaver recoil pad along with a rather stunning Kryptek Altitude camo finish. This package currently has somewhat limited distribution, but I’m told that more camo-finished models, offered through more retailers, are in the works.

In case you’re unfamiliar with the Howa 1500 action, it’s a high-strength, push-feed design that employs a one-piece bolt with two large locking lugs and a 90-degree bolt throw. The bolt has the ubiquitous plunger-style ejector and Sako-type extractor, and allows for toolless firing pin removal. I found case extraction to be a little on the sticky side, but that was cured by working the bolt with a little authority, and things smoothed out by the time I finished testing, so I expect cycling will become smoother in time. The hinged-floorplate of the magazine is, surprisingly, actually made of metal. Magazine capacity is five rounds. If you prefer detachable magazines, Howa sells an adaptor kit that lets you make the switch.

The gun employs the increasingly popular three-position safety that lets you cycle rounds through the action with the safety in the middle, engaged position. In the rearmost position, the safety is engaged and the bolt is locked down. Simply push the safety all the way forward to fire. In operation, the safety wasn’t overly loud, and it takes a fair amount of finger pressure to operate, which is helpful in guarding against the safety being accidentally moved out of position.

My test rifle came with a 22-inch, cold hammer forged barrel with a 6.5-Creedmoor-appropriate 1:8 rate of twist. In testing with several different factory loads, I found that velocities ranged from 5 fps to 110 fps slower than factory stated numbers, but that’s to be expected because ammo makers usually test cartridges with longer barrels. The barrel is suppressor ready with the muzzle threaded ½ x 28 and equipped with a knurled thread protector.

Howa rifles have earned a reputation for being fairly accurate out of the box, and that’s due in part to attention to detail by the manufacturer in ensuring that bolt faces are true and square to the chamber, and that headspacing is precise and consistent. It’s also due to the fact that the gun comes with a pretty decent trigger. Howa’s HACT trigger is a two-stage match design that has very light initial take-up. It then stacks solidly and break crisply. While the trigger can be adjusted – and is easily removed for cleaning – I found no need to adjust it. It consistently broke at an average pull weight of 2 lbs., 7 oz., which bucks the trend of far too many guns now shipping from factories with overly heavy, lawyer-mandated trigger pulls. The Howa, happily, is not one of them.

That’s undoubtedly one of the reasons the rifle comes with Howa’s sub-MOA accuracy assurance, defined as three-shot groups measuring less than an inch at 100 yards with premium ammunition.  That’s the standard I tested the gun against with a Trijicon Credo HX 2.5-15×42 scope in a set of Talley lightweight rings. I like higher magnification for range testing, but that’s a bit more scope than needed for this gun. If I were to hunt with it, I’d likely mount something smaller like Leupold’s new VX-3HD 3.5-10×40 scope to keep the weight minimal.

The rifle did not disappoint at the range, despite being tested on a typically windy spring day in Texas with quartering gusts nudging 14 mph. Hornady’s 140-gr. ELD Match load turned in 0.83-inch average groups and a half inch best group, and Hornady’s 143-grain ELD-X Precision Hunter load wasn’t far behind, producing a 0.90-inch best group and 0.96-inch average groups. The rifle was less fond of a 120-grain copper load, which clustered bullets into inch-and-a-half groups, but that’s still perfectly acceptable for hunting.

That’s impressive performance for such a light rifle, with or without challenging wind conditions. The black-stocked version of the gun has a MSRP of $959, and the Kryptek Altitude-patterned rifle I tested is listed at $1,119. With a street price that will likely be lower than that and a lifetime warranty, I call that a bargain. Check availability here.