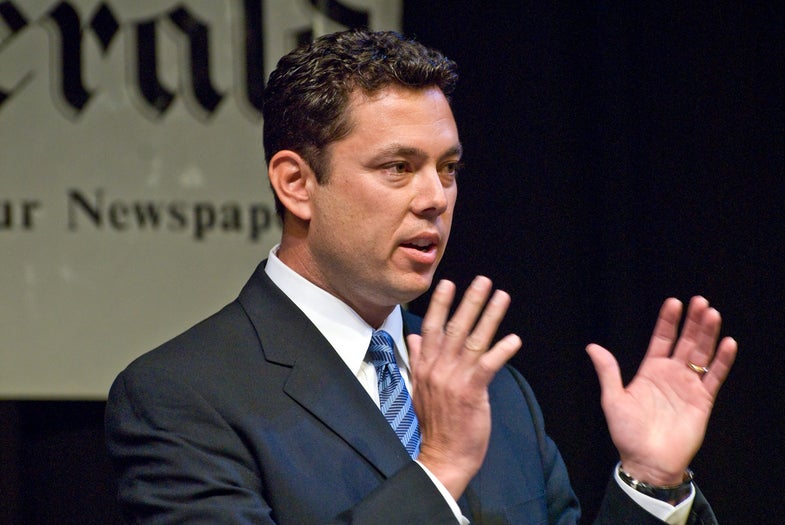 A new bill would force the sale of more than 3 million acres of public land. Outdoor Life
SHARE

House bill H.R. 621, introduced last week by Jason Chaffetz (R-Utah), would direct the Secretary of the Interior to sell off 3.3 million acres of federal land.

“The long overdue disposal of excess federal lands will free up resources for the federal government while providing much-needed opportunities for economic development in struggling rural communities,” Chaffetz said in a press release Tuesday.

The federal lands that would be sold encompass less than .5% of all federal lands, according to Chaffetz. However, 3.3 million acres is roughly the same size as the state of Connecticut (3.5 million acres). The lands have not been identified yet and the formal text for the bill has not yet been submitted to the Congress.gov site.

The bill calls for: “responsible disposal of 3.3 million acres of land identified by the Clinton Administration as being suitable for sale to non-federal entities … these lands have been deemed to serve no purpose for taxpayers.”

Chaffetz’s release says that 132,931 acres of land are “eligible for disposal” in his home state of Utah and it links to a pdf identifying land parcels and values.

The bill seems to run in direct opposition to Interior Secretary appointee Ryan Zinke’s (R-Montana) initiatives. In his confirmation hearing earlier this month, Zinke said: “I am absolutely against transfer and sale of public lands. I can’t be more clear.” In the hearing Zinke said he admired Gifford Pinchot’s (the first United States Forest Service chief) approach to public land, which called for multiple uses including recreation, grazing, mining, and logging.

In a Facebook Live video, Land Tawny, president and CEO of Backcountry Hunters and Anglers, said: “For MR. Chaffetz, you’ve kicked the hornet’s nest and the army is amassing. And, I will put my money on the people every single time. The only thing you can do to make this right is to pull those bills back.”

Pheasants Forever shared a petition on its Facebook page the calls lawmakers to keep federal lands public. The petition has about 39,000 signatures and is a group effort supported by the Theodore Roosevelt Conservation Partnership, Pheasants Forever, National Wild Turkey Federation, Remington, Powderhook, National Wildlife Federation, and many others. Signing the petition online automatically sends the following letter to your local congressmen and women.