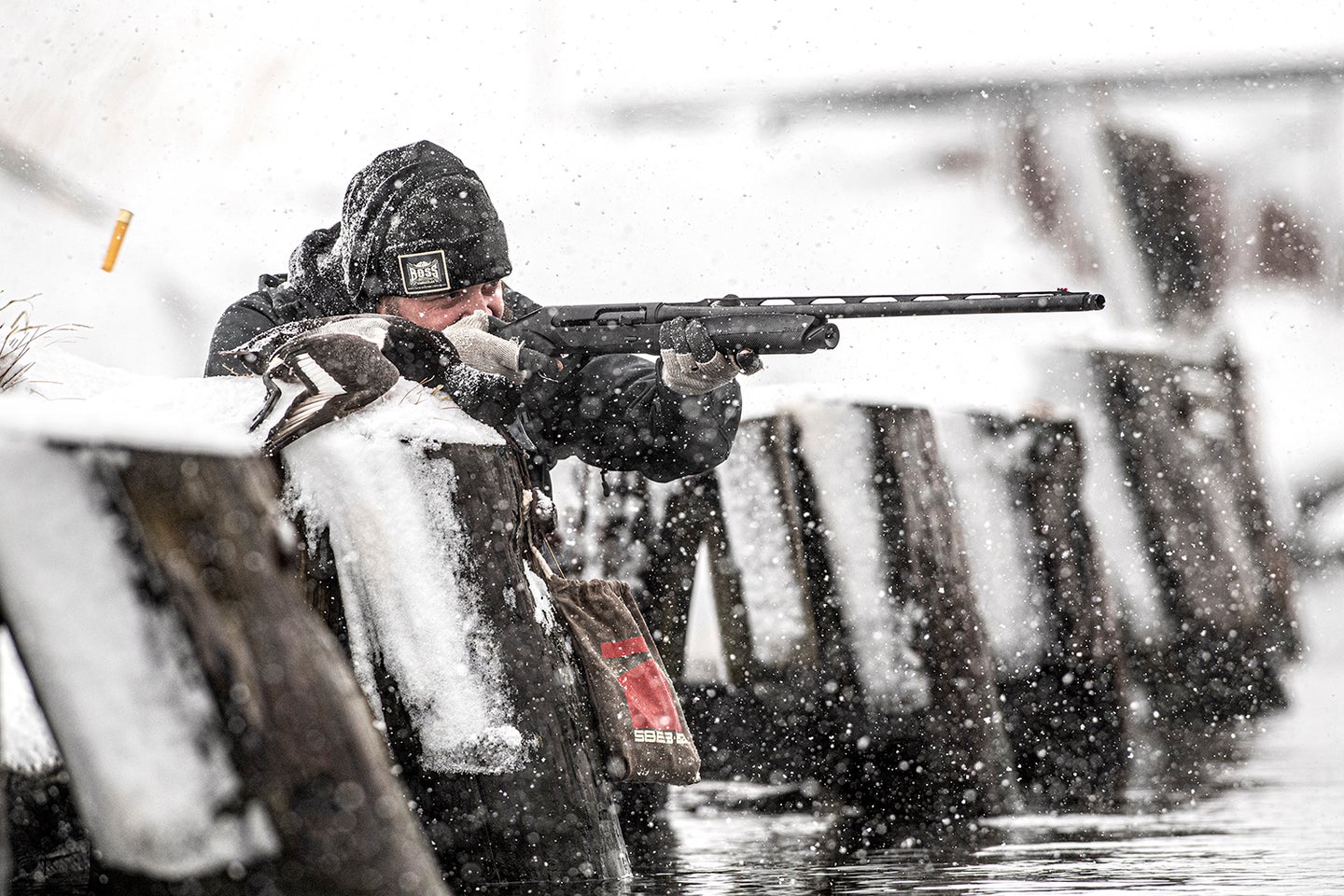 After decades of production and three generations of its Super Black Eagle platform, Benelli announced it will be offering its SBE3 in 20-gauge and 3-inch 12-gauge models. The introduction comes at a time when the waterfowling market is hungry for sub-gauge offerings, and hunters are ditching heavy 3½-inch loads for 3-inch non-toxics with just as much knockdown power but not as much recoil.

“There’s always been demand for the 20—people have been asking for it for years and years,” says George Thompson, director of product management for Benelli. “The increase in market share for 20 gauges in the last five years consecutively has been about five percent, and one year it grew 20 percent.”

There are a lot of reasons for that increased demand, which you can read about here, including a rise in quality ammunition.

“The reduced weight is a plus, and if you have the right shell and choke combination it’s absolutely effective,” says Zach Meyer of BOSS Shotshells, who killed his first harlequin with the SBE3 20 last week. We were hunting late-season sea ducks on Adak Island in Alaska, and the 20 performed well and cycled without a hiccup despite the demanding shots and harsh conditions.

The 20-gauge will be chambered for 2¾- and 3-inch shells, and is virtually indistinguishable from the 12-gauge SBE3 when it comes to components and features. As you’d expect, however, the sub-gauge offering is distinctly slimmer with nimble handling, especially in bulky winter layers. And at 5.8 pounds, it’s a pound lighter than the 3-inch 12.

Read Next: Are Today’s New Hunting Shotguns Really Worth the Price?

Some hunters may wonder why Benelli is offering the SBE in a 3-inch gun, since you can just throw a 3-inch shell in the existing SBE3 chambered for 3.5-inch shells. But a lot of folks don’t actually need, or ever use, that extra half-inch of shotshell capacity, but they’re still paying for it.

“There’s one tangible benefit to the 3-inch 12-gauge SBE3,” Thompson says, “And that’s that it’s cheaper. If you’re never going to use 3.5-inch shells, you can save a couple hundred bucks and just buy a 3-inch chamber.”

Another small benefit is size reduction. The 3-inch SBE3 is roughly ¾-inch shorter in overall length, and a few ounces lighter than big brother.

Hunters will have to wait for the 20 in Benelli’s new BE.S.T. finish, however, since production capacity for coating the necessary components is limited. The closest option for a BE.S.T.-finished 20-gauge will be Benelli’s ETHOS Cordoba model.

Although the SBE3 20 is technically available to order now, Thompson says inventory will arrive in February and should be easy to find when it does. The MSRP on the Super Black Eagle 3 in 20-gauge starts at $1,699 for black synthetic models, and jumps to $1,799 for Realtree, Mossy Oak, and Optifade camo versions. The 3-inch models also start at $1,699, and are currently available. You can find the full range of SBE3 offerings here.