If the recent ammo shortage has left you without your usual turkey loads, here are some non-turkey hunting shotshells that are just as effective 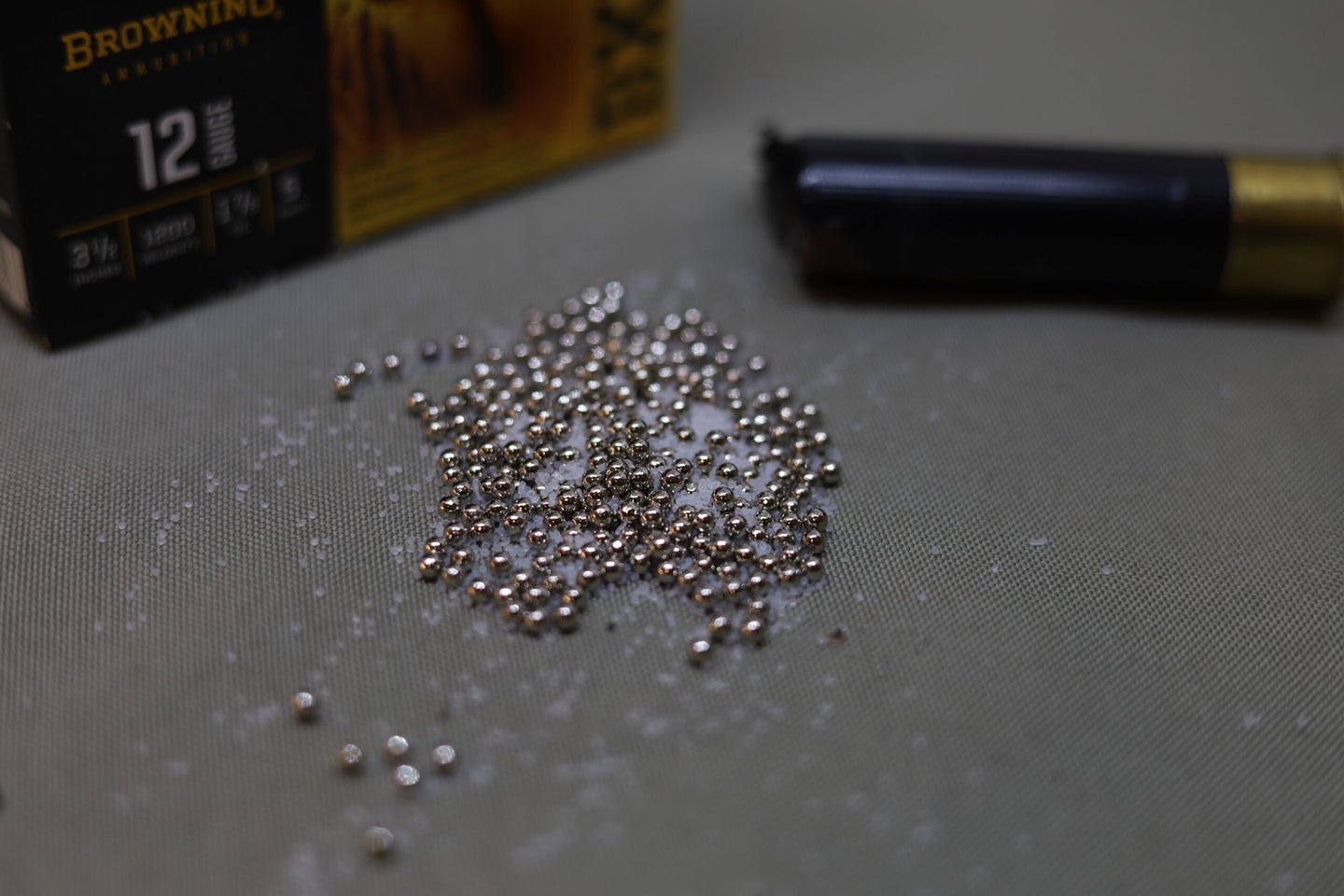 You don't need to use a dedicated turkey load to kill a spring gobbler this season. Brad Fitzpatrick
SHARE

It’s been a little over a year since pandemic panic-buying left store shelves devoid of ammunition and, not surprisingly, supply still hasn’t caught up with demand. The rush to buy something—anything—that goes boom resulted in an ammo shortage the likes of which we haven’t seen, and no sector of the ammunition market was spared. And that includes turkey loads.

While ammunition supplies are starting to rebuild in parts of the country there are still regions where laying hands on a dedicated turkey load is a tough (and often extremely expensive) proposition. The good news? There’s no law against hunting gobblers with bird shot geared toward other species. But before you start substituting whatever’s laying in the bottom of your game bag for a dedicated turkey load, take a closer look at which shotshells can effectively pinch hit for turkey loads.

Tony Caggiano is the CEO and founder of World Slam Adventures in Windamere, Florida. Caggiano is one of the few booking agents who specializes in turkey hunting. He has hunted gobblers throughout North America (when I spoke with him he was planning to hunt birds in eight states this spring before finishing the season with a trip to Mexico). And, on more than one occasion, he has been forced to use something other than a dedicated turkey load to get his bird.

“When I can’t get my hands on turkey loads I like to use high brass upland loads, especially those which are designed for driven pheasants and the like,” Caggiano says. He finds that lead No. 5s pattern well through his turkey chokes, and he prefers copper-plated pellets if they are available.

“When I began turkey hunting 30 years ago that’s all we had, and they worked fine,” Caggiano says. “While I love and use many of the great new products that were designed specifically for turkey hunting, I always remember that serious, hardcore turkey hunters have been around longer than any of these items.”

Browning Ammunition brand manager Ben Frank says that while he hasn’t hunted turkeys with anything other than turkey loads, he has seen a great deal of pattern testing and says that so long as you respect the limitations of your weapon and follow the game laws where you’re hunting, other types of shotgun shells can kill gobblers.

“Most turkey loads are built with buffer,” Frank says. Buffer in the shot prevents pellets from bouncing into one another and deforming or flying out of the shot string. “This makes a huge difference in pattern density when compared to standard field loads.”

But Frank makes it clear that copper-plated, buffered shot of the proper size (he recommends lead 4s, 5s, or 6s) will kill turkeys, but it almost certainly won’t kill birds cleanly at the same distances as dedicated turkey loads. He suggests that hunters know their limitations and limit their range.

Lead vs. Tungsten vs. Bismuth

Caggiano, Frank, and virtually every seasoned turkey hunter in the woods will tell you that you must pattern your shotgun if you want to find a load that works best. I’ve pattern-tested a number of shotguns and the two primary takeaways from these experiences are: A) few shotguns shot a perfectly centered 50/50 pattern and B) choke and load changes impact pattern density dramatically.

There are several different shot materials available to shooters today. Steel shot is affordable. The problem with steel is that with a density of about 8 g/cc, it hits with less energy than lead, which has a density of 11 g/cc. Steel can work at limited distances on turkeys. But there are better alternatives.

Lead shot is also affordable and will work—plenty of turkey hunters shoot lead loads every spring. Both of our experts suggested shot sizes in the 4 to 6 range, so that’s a good starting point. Frank made a point to say that unbuffered shot—which is what you may have in your non-turkey hunting load—is more prone to throwing fliers than buffered shot, so it’s critical to pattern those loads to see what kind of density you are getting at different yardages. A good rule of thumb is that most lead (and steel) ammo will rapidly begin to lose its effectiveness once you start shooting out to 40 yards and beyond.

Tungsten Super Shot, or TSS, is a heavyweight non-toxic shot that continues to grow in popularity. It’s highly effective and also expensive. But with a density of 18 g/cc, a No. 9 TSS pellet packs the same energy as a No. 5 lead pellet when traveling at the same velocity. What’s more, the nine pellet has less surface area and will therefore penetrate deeper than the five pellet.

TSS Turkey loads might not be available, but you may be able to get your hands on some TSS waterfowl loads or blended steel/TSS shot. It won’t be a cheap option, but there’s a good chance you will find waterfowl loads that contain TSS. Hevi-Shot, Apex, Kent, Backridge, and Federal all make tungsten-based waterfowl loads.

Bismuth is also a good shotshell option. It has a higher density than lead at 9.7 g/cc, and more ammo makers produce it than TSS, namely because it’s cheaper. There are a wide variety of waterfowl and upland loads that are straight bismuth and some that are a blend of bismuth and steel. BOSS, Rio, Kent, Federal, Hevi-Shot, Browning, and Winchester all make a bismuth or a steel/bismuth blended load. Bismuth 5s and 6s will kill a longbeard, but again, temper your expectations with regard to shot distance. Blended loads will require that spring gobbler to come a few steps closer.

Just remember: No matter what load you choose, you must know its effective range. The last thing you want to do is take too long of a shot on a gobbler and miss, or potentially wound the turkey and not be able to recover it.