Zack Meadows shot a 16-point, 210-inch typical after it finished sparring with another massive buck 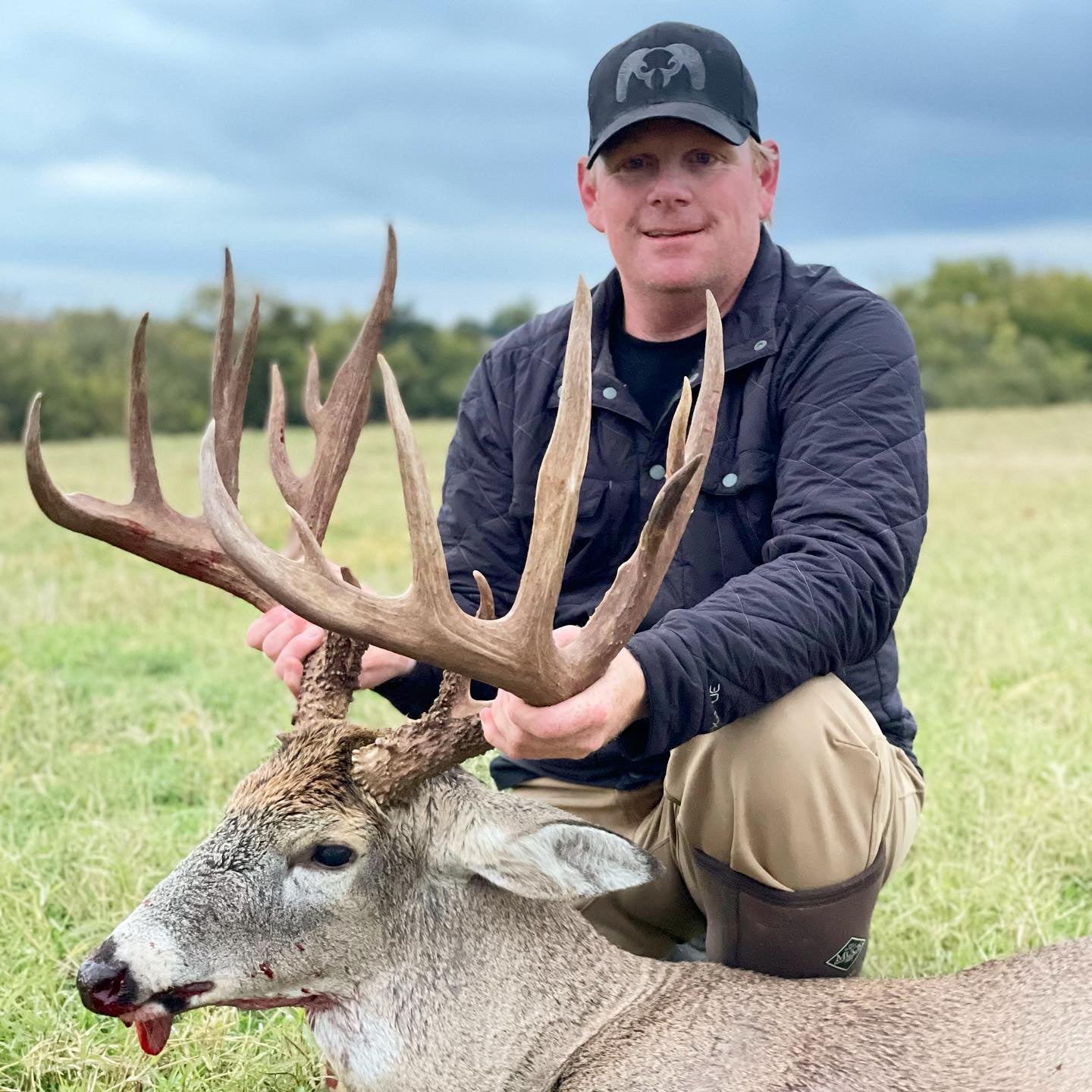 It takes dedication to pass a possible 190-inch non-typical whitetail buck with your bow. But that’s what Edmond, Okla., hunter Zack Meadows, 42, did on Nov. 3 in Logan County, according to the Oklahoman newspaper.

Meadows was hunting his own land looking for a giant typical he had recent photos of from trail cameras. But a 180- to 190-inch non-typical buck showed in front of his stand, tempting him to shoot what would have been his best buck with a bow. But he passed on it.

“I see him [the nontypical] get all puffed up and licking his lips – acting scared,” Meadows told the Oklahoman. “I thought ‘what in the world could be out here scaring this deer.’ I knew something was happening. I start looking around and I could see the antlers [of the bigger buck] coming.”

The two deer squared off, buck posturing and sparring, until the larger typical buck ran the lesser 190-inch non-typical away. The bigger buck stopped at 60 yards, and Meadows made the long bow shot count. The giant whitetail fell after going only 25 yards.

“I never thought in a million years I would shoot a deer that big,” says Meadows, who runs a petroleum business in Edmond.

The newspaper reports that Terry Mayberry of Terry’s Taxidermy in Oklahoma City unofficially green-scored Meadows 16-point, 7-year old buck at 210 inches. This would top the current Oklahoma typical-rack bow buck record of 188 5/8s, taken by Gunner Womack in Pawnee County in 2019. It’s also bigger than the state’s current typical buck by any method, a 194-incher from Pushmataha County by John Ehmer in 2007.

“It’s definitely got a chance,” Mayberry said. “He’s got quite a few deductions on him [Meadows’ buck]. “Until they get an official score [after a 60-day drying period], it’s hard to say. He’s got all those kickers on him that are deducts but he’s definitely got the mass and got the circumference [to be a record].”

Meadows says 20 years of being selective with his buck harvests, limited hunting pressure, and trail camera monitoring allowed him to take his 16-point trophy.

“That’s been huge, staying out of there as much as we can and not checking trail cameras every day,” he told the Oklahoman.