Where Do We Draw the Line on New Hunting Technology?

As we’re bombarded with new hunting products, keep your attention on what matters most 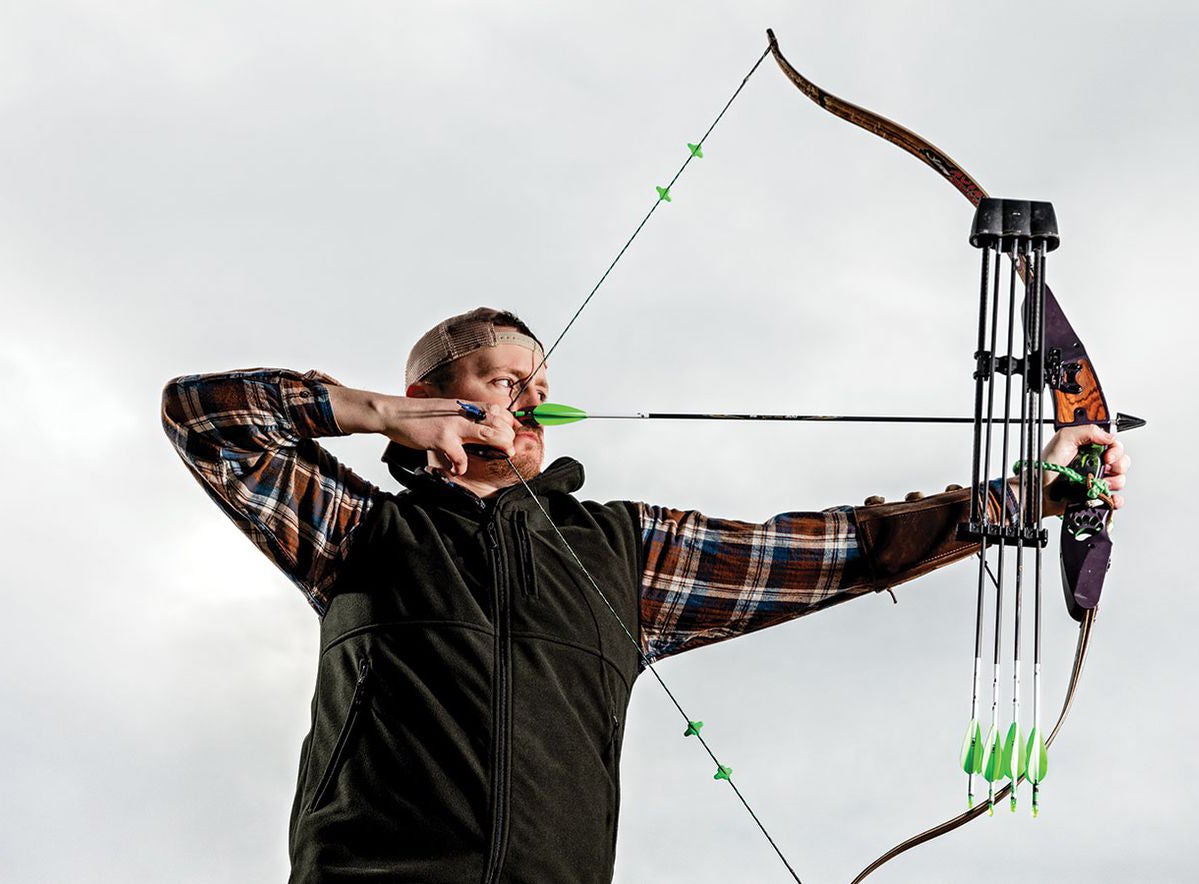 Even the author, a diehard bowhunter, uses modern technology to improve his hunting. But, how much is too much?. Roger Kisby
SHARE

Trade show season is here, or what would normally be trade show season. Despite the COVID-19 pandemic, the hunting consumer is still being bombarded with all the new products for 2021. Each year, technology nudges us a little further, and makes efforts as hunters a little bit more efficient. New cartridges, new guns, new camo, new bows, arrows, broadheads, trail cameras, and just about every other category of hunting gear is evolving. Overall, this innovation is a good thing.

As hunters, I don’t believe we will let technology ruin hunting, and as a whole, we will always restrict ourselves enough to ensure that fair chase hunting has a bright future. With that said, there are certain times when hunters must draw a line when it comes to how far we let technology change the way we hunt. I think that is especially true when it comes to “restricted weapons” seasons also know as “primitive weapons” seasons.

I’m talking about archery and muzzleloader seasons where the basic premise is that by restricting ourselves to less efficient, shorter range hunting weapons, or those that require a higher threshold of skill and discipline, we decrease our odds of success. Because of that we are afforded longer seasons and special opportunities to hunt. It’s also a fair wager that if our success rates begin to threaten the resources we are utilizing, changes will be made, and hunters will lose some opportunity to hunt.

The problem comes when the technology outruns the premise of the seasons, which with the light-speed advancement of new tech, is now an eventuality.

Then there’s the issue of our hunting heritage. Many folks think it’s up to wildlife agencies to protect the tradition of hunting, but that’s not really the case. Wildlife agencies are tasked with protecting public wildlife and resources. They use hunting as a tool for managing wildlife and raising the funds to do so. It’s up to us the hunting community to protect the traditional and ethical elements of the hunt.

That hunting tradition can feel like it’s fading while we’re getting bombarded with new products. In recent years, we’ve seen air-powered “bows,” new, more efficient straight-wall cartridges, crossbows become narrower and more user-friendly, laser range-finding (and distance compensating) bow sights, muzzleloaders that use a powder “capsule” loaded into the breech, and many other advancements. This year we have a crossbow that gives the user two shots without having to recock, another that is said to hit 500 fps and electronically re-cocks itself, plus a crossbow scope that ranges targets and lights up the correct aiming point. We also have ever-developing muzzleloader projectiles and propellants, making them more reliable than ever, and allowing them to be effective out to 300 yards.

Each hunter has their own opinion about how much is too much (I certainly do), and those ideas span the spectrum from the guy who doesn’t think that anything but an osage self-bow and rivercane arrows should be allowed in archery season, to someone who thinks that a crossbow mounted to a drone would be just fine.  Most of us fall somewhere in the middle, and when addressing issues like “what new technology should be acceptable in these restricted hunting seasons,” we need to distinguish between our real, valid concerns, and our own hard-headedness toward anyone who doesn’t want to do things “our way”. What really matters is the end-effect on the resource, and at what point does harvest surpass allowable numbers for the season to continue? When does the success rate get high enough, and the threshold of required skill and discipline become low enough that the established premise of a restricted weapons season is undermined?

For example, the muzzleloaders using Federal’s Firestick ignition technology are often accosted as being basically a cartridge rifle that shouldn’t be allowed in muzzleloader seasons. Now, it’s certainly no traditional muzzleloader, but is that really what crosses the line? You’d have a good argument that allowing scopes would give a much bigger advantage than simply being able to load a capsule of powder into the breech and the projectile from the muzzle. I’d say that even the projectile itself could provide more of an advantage than the specific order of the steps needed to load the rifle (even if it doesn’t look like what we might think muzzleloading should look like). Take the emotion out of it, and look at what advantage a new piece of technology actually brings to traditional hunting seasons.

I think that all of this technology is cool, and none of it is inherently good or bad. I don’t have a desire to use all of it, and I believe there certainly is a point where technology surpasses what certain hunting seasons were meant to be. But rather than talk down to those who want to use new hunting tech, we need to make our cases while considering the bigger picture, whether it’s a comment thread debate or official comments to the state on new regulations. Many of these seasons had to be fought for and if we want to preserve the opportunity, we must be self-policing to a degree. As hunters, we all are on the same team, but it always good good to have a well-thought opinion and to take a stand for it.