The lawsuit uses a recent U.S. Supreme Court case to make its argument 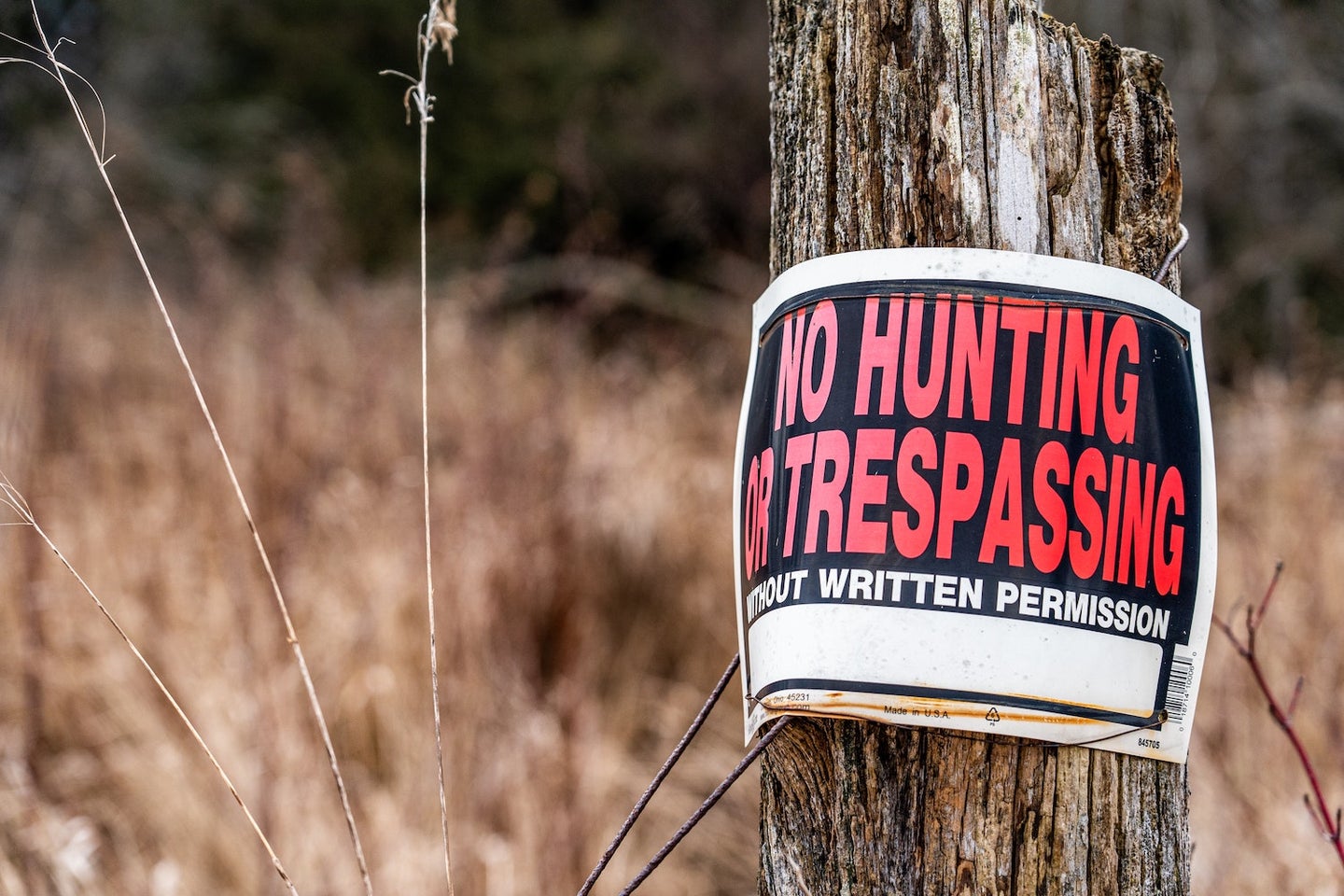 Private property is not off limits to hunters retrieving their dogs in Virginia. Chris Robert / Unsplash
SHARE

Private property owners filed a lawsuit against the Virginia Department of Wildlife Resources in an attempt to overturn the state’s right to retrieve law. In Virginia, hunters can retrieve a hunting dog without permission from the owner, even if the land is posted.

The hunters need to leave immediately after recovering the dog and cannot have a firearm with them during retrieval, according to a 2016 report from state wildlife officials found by KTAR News. They must identify themselves upon landowner; failing to do so constitutes a misdemeanor.

The lawsuit argues that allowing hunters to go on private property without permission is essentially uncompensated taking of their land. As such, the landowners say, it violates state and federal constitutions.

Jim Medeiros, one of the landowners involved with the suit , said he was unaware of the details of the law when he purchased his 143-acre farm. Since then, he says hunting dogs have killed several of his chickens. When he spoke to the state’s wildlife department, he says he was told, “You can’t stop them.”

Several states have similar right to retrieve laws on the books, but it appears only Minnesota has a law like the one in Virginia where hunters can enter posted land without permission.

Pacific Legal Foundation is representing the landowners. The legal organization won a U.S. Supreme Court property rights case last year for landowners in California. It argued a state regulation that required agricultural businesses to allow union organizers onto their property three hours a day for 120 days out of the year “constitutes a per se physical taking” and is the government appropriating “a right of access to private property.”

The group will make a similar argument in this case, according to Daniel Woislaw, a lawyer with Pacific Legal Foundation.

“When Jim has to let deer dogs and deer dog hunters enter his property, and he’s not allowed to tell them to stay away, and when they’re killing his livestock and disrupting his operations, that’s a taking of a valuable property interest,” Woislaw said.

Kirby Burch, chief executive officer of the Virginia Hunting Dog Alliance, told KTAR News that in general hunters retrieve dogs quickly and leave the private land immediately after. He also said that the Hunting Dog Alliance believes more than half of Virginia’s 254,000 licensed hunters in Virginia use dogs during hunts.

“A lot a people who move here from other states are offended by the notion of hunting with dogs so when a dog runs across their property, they’re offended, and I understand that, but I think the vast majority of hunters with dogs try in every way possible to avoid irritating their neighbors,” said Burch.

The law dates back to 1938, and it has been a point of contention between landowners and hunters for decades in various states, according to Virginia Mercury. And the battle is just as strong as ever. Just last year, two Vermont women were found guilty of releasing air from the truck tires of some bear hunters who went on their land to retrieve their hunting dogs. An investigation from the state showed the hunters acted in accordance with the law and fined the women for interfering with lawful hunting.

Earlier in 2021 the Virginia Board of Wildlife Resources voted to defer action on part of a resolution that would amend the law and require landowner notification. In 2016, the Virginia Department of Game and Inland Fisheries, now the Virginia DNR, issued a report titled Deer Hunting With Dogs. In that report, the department noted, “trends of increased land development, reductions in forested parcel size, and decreased agricultural uses will undoubtedly continue to strain the compatibility of traditional hound hunting with changing cultural expectations.”

In 2008, the same department issued a report titled Hunting With Hounds in Virginia: A Way Forward. The purpose of that report was “to provide diverse opportunities for hunting with hounds in Virginia in a manner that is fair, sportsmanlike, and consistent with the rights of property owners and other citizens.”

With this issue coming up yet again, it’s obvious that Virginia still hasn’t found a solution yet that satisfies all the stakeholders. This is likely because there isn’t an easy solution that would work well for both parties involved.

Ryan Brown, executive director of the Department of Wildlife Resources, wouldn’t comment on the lawsuit, but he did say hunters and landowners have been able to co-exist for the most part over the years. He also noted, however, that neither side is willing to back down.