Nevada anti-public lands protester lands 68 years in prison One of the anti-government activists involved in an armed standoff in... 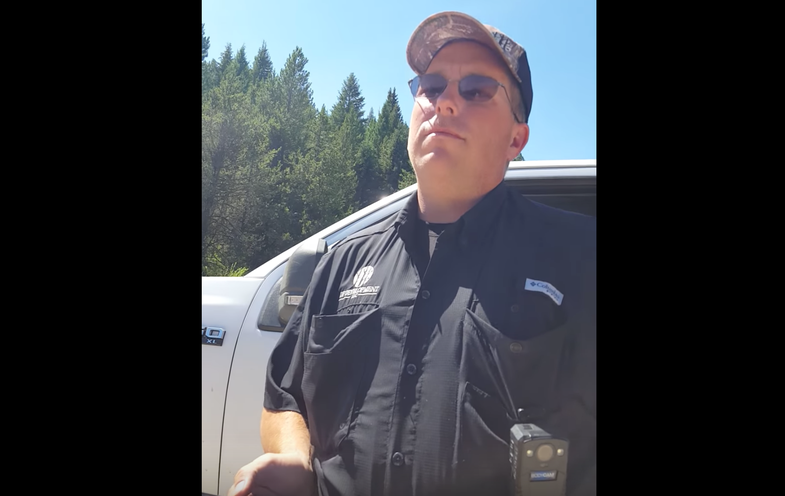 One of the anti-government activists involved in an armed standoff in Nevada in 2014 involving the Bundy ranch and public land grazing was slapped with a sentence of 68 years in federal prison.

In 2014, a group of protesters from across the country, some of them armed, arrived in Nevada to side with Cliven Bundy, a Bunkerville rancher who had long feuded with the federal government. Bundy raised cattle on public land managed by the Bureau of Land Management. A judge ordered the BLM to round up Bundy’s cattle, as he had not paid his grazing fees. That resulted in a tense armed standoff, which ended when federal law enforcement backed down. Burleson and others were arrested later.

Arizona resident Gregory Burleson, 53, was convicted of threatening and assaulting a federal officer, obstruction, and traveling across state lines in aid of extortion. He was sentenced on July 26. The sentence was five years less than what federal prosecutors asked for. Burleson’s attorney told the AP they expect to appeal the sentence.

Another of Burleson’s co-defendants, Todd Engel, of Idaho, was also convicted and awaits sentencing. A Nevada jury failed to reach a verdict regarding four others tried with Engle and Burleson.

Cliven Bundy and two of his sons, Ammon and Ryan, still await trial in Nevada, which is expected later in 2017. Another six defendants are to be tried in 2018.

Sign of the Times: Security Guard Clashes with Idaho Camper

In Idaho, outdoors folk are seething over a recent viral video that featured an armed security guard, allegedly harassing an outdoorsman using a public road to access National Forest.

Although the incident is isolated, it does reflect growing tensions nationwide as moneyed landowners curtail legitimate access on established, traditional routes, trails, and roads.

Recently, the DF Development Co. has bought up 170,000 acres of former timber company land in Idaho’s Adams, Boise, and Valley counties. Many of these acres abut national forests, which are open to the public for hunting, fishing, ATV riding, and berry picking.

According to Boise’s NBC affiliate, KTVB Television, a local outdoorsman was driving his truck and hauling his ATVs on an established forest road that crossed company lands on the way to camp on the Boise National Forest. The driver stopped on the road and was questioned, and photographed by a DF Development security guard. The guard was wearing a sidearm and told the driver he was trespassing. The driver insisted he had a right to use the road, and eventually was allowed to proceed. The driver recorded the encounter on video and posted it on social media. This hit a raw nerve in Idaho, where access to the outdoors is a deeply held core value.

Adding insult to injury, the land purchased by DF Development was previously owned by Boise-Cascade and Potlatch timber companies, which traditionally allowed public recreation. DF Development is reportedly trying to curtail public use of those lands. Here’s the video…

Rep. Jason Chaffetz, a Utah Republican often hostile to public lands, has announced that he will step down from Congress. However, a bill that strips law-enforcement authority from the land management agencies, was given a breath of new life.

Chaffetz is a sponsor of HB 622. That bill would remove law enforcement authority from Forest Service or BLM agencies. Before he leaves Congress to take a job in television, Chaffetz handed the bill off to his colleague, Rep. Chris Stewart, also from Utah.

On July 11, Rep. Chris Stewart (R-UT), a cosponsor of H.R. 622, “asked unanimous consent that he may hereafter be considered as the first sponsor of H.R. 622, a bill originally introduced by Representative Chaffetz, for the purpose of adding cosponsors and requesting reprintings pursuant to clause 7 of rule XII. Agreed to without objection.” That’s according to the Congressional website, congress.gov.

Forest Service and BLM law enforcement officers (or rangers, as they are known by the BLM) are often the only police assigned to patrol the vast, rugged backcountry of the American West. They commonly partner with state game wardens and local county sheriffs on everything from timber theft to pot farms to poaching cases.

“With escalating violent crimes, threats from drug cartels and remoteness of certain regions, Congress should be looking at prioritizing its resources toward strengthening the law enforcement functions of these agencies, rather than dismantling them,” wrote Nathan Catura, president of the Federal Law Enforcement Officers’ Association.