If you have an elk-calling question, this is the guy to ask 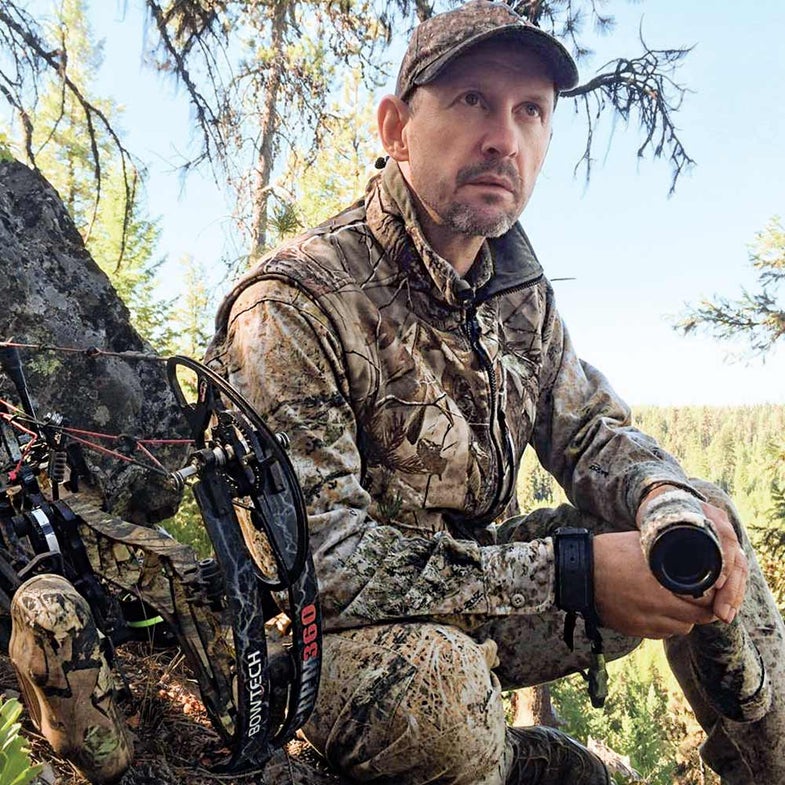 Langley, listening for a response from a bull. Courtesy Bryan Langley
SHARE

The only time it’s not dorky to win a world championship with a bugle is if said bugle is in reference to the sound an elk makes, not the little brass instrument. By this definition, Bryan Langley is the least dorky man on the planet, by virtue of the Oregon native’s win in the 2017 World Elk Calling Championship. This was the third world championship title for the 51-year-old. So, yes, if you have an elk-calling question, this is the guy to ask. So, we did.

Q: Outdoor Life: How do you handle quiet bulls?
A: Bryan Langley: That’s a tough one. If they aren’t talking, you don’t know where they are, which would dictate your next move. That said, I would spend all day calling. Some guys don’t call in the middle of the day—I do. You never know when a bull will be on his feet, checking cows or getting water. Another option, if you know where the bull is, would be to identify his travel corridor and cut him off.

OL : What moves do you make when you run into a stubborn bull?
BL : Don’t be afraid to get close. Sometimes you have to get within a very tight range to make a bull respond. For hung-up animals, sneak in tight, then call again. You’ll either bust him out or bring him in. Either way, that particular bull will no longer be the source of your frustration.

OL : Every elk hunter will face the dreaded “cowed-up” bull scenario. Any tips on how to put the odds in your favor?
BL : I typically opt for soft cow sounds in this situation. Soft and subtle. I’ll even use calf sounds on occasion. You just need to get him to respond one time. Once he bugles, quit calling and simply make natural sounds, like breaking branches or rustling leaves and brush. Sometimes, they just can’t stand the fact that part of the harem is missing and they will come looking. I called in a bull for a friend of mine in this exact scenario. Breaking branches brought him in from 100 yards for a 5-yard bow shot.

OL : What is your ace in the hole when all else fails?
BL : Charge the herd. I remember one time when I had gotten between a bull and his cows. I was in the open, and a cow walked straight to me to within 10 yards. She knew something wasn’t right and started circling to get my wind. I figured I had nothing to lose, so I turned and looked at her. She took off like a scalded dog. Next, I screamed on my bugle call. That made the bull think he had some competition, and he came in. Unfortunately, the story has a bad ending. I shot over him. He was a lot closer than I thought he was.

OL : If you could use only one call, what would it be?
BL : I would use a Point Blank EFP Double diaphragm. You can make every elk sound with this call. And if I could only make one elk sound, it would be a cow call.

OL : What is the strangest calling tactic that has ever actually worked for you—something that runs counter to traditional thinking?
BL : My dad and I were hunting together, working a ridge. Now, my dad cannot call at all—he is not good—so I’m calling the entire time. We hear nothing all day. So eventually, I tell my dad to call so he has something to do. He lets out the worst-sounding bugle you’ve ever heard—and a bull blows up behind us. That taught me a valuable lesson. Try a lot of different types of calls, and don’t think the perfect-sounding call is always the answer. You never know what might trigger a response.