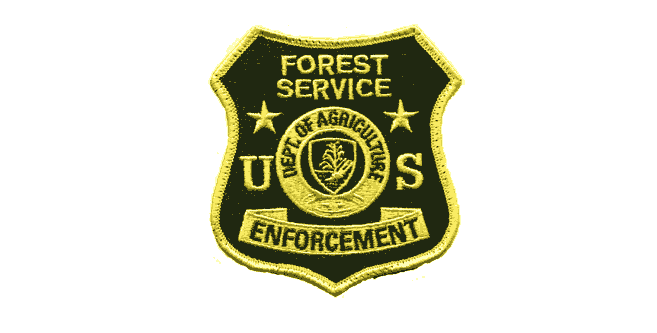 My friend Greg Munther is a master bowhunter who pursues Coues whitetails on public lands of southern Arizona. His trail cameras record a lot more than local wildlife.

Frequently, he records shady characters afoot at night, running drugs, smuggling illegal immigrants, or handling the logistics for other “mules” and “coyotes.”

Most of the time, America’s 640 million acres of national forests, parks, and wildlife refuges are pretty peaceful places. But they are not immune to very real threats: drug runners, meth labs, pot farms and worse. Not to mention the growing population increases the frequency of less dramatic crime like vandalism, arson, poaching, illegal pot hunting and destruction of natural resources.

That is why H.R. 622, introduced by Rep. Jason Chaffetz, R-Utah, is such a menace. Chaffetz would do away with law enforcement officers on National Forests and Bureau of Land Management—millions of acres where Americans hunt and fish.

“It’s time to get rid of the BLM and US Forest Service police. If there is a problem your local sheriff is the first and best line of defense,” Chaffetz said in a press release. “By restoring local control in law enforcement, we enable federal agencies and county sheriffs to each focus on their respective core missions.”

Chaffetz has it dead wrong. His bill coddles criminals and handcuffs the police. There are a handful of highly politicized examples where local law enforcement and agency LEOs have experienced some friction, but those examples are the rare exception.

Much more common is the case of Brad Treat, one of the few LEOs who patrolled the 2 million acres of the Flathead National Forest where I live in northwestern Montana. Treat was a local kid done good—and a local hero. Brad was a standout high school athlete who became a Forest Service LEO in his home county. In 2016, Treat was killed by a grizzly bear. The crowd at his funeral packed the bleachers at the local high school football field.

Flathead County Sheriff Chuck Curry was one of Treat’s pallbearers. “Brad was one of us,” Curry said in a eulogy. “The law enforcement community was better because of you. You were a great colleague, a great problem solver, but most importantly you were a friend.”

In the real world, Forest Service LEOS, state game wardens, and local sheriff’s deputies work together to keep our public lands safe, healthy and productive for everyone to share.

Chaffetz says he would replace agency LEOs with block grants for local counties. But that idea fails upon closer inspection. Local deputies will always be under political pressure to patrol where the people live—not patrol the backwoods. Our national forests would naturally become neglected and become a no-man’s zone, claimed by the lawless.

Earlier this month, Rep. Chaffetz introduced another bill that would have liquidated 3.3 million acres of public land open to hunting and fishing across the West. Hunters and anglers went ballistic and forced Chaffetz to kill his own bill.

Chaffetz needs to listen to sportsmen once again and side with the people who cherish and protect our public lands—not the criminals who abuse and exploit them.