Where the Road Runs Out: Passing on a Fishing Tradition

Introducing someone to fishing can change their life—and yours 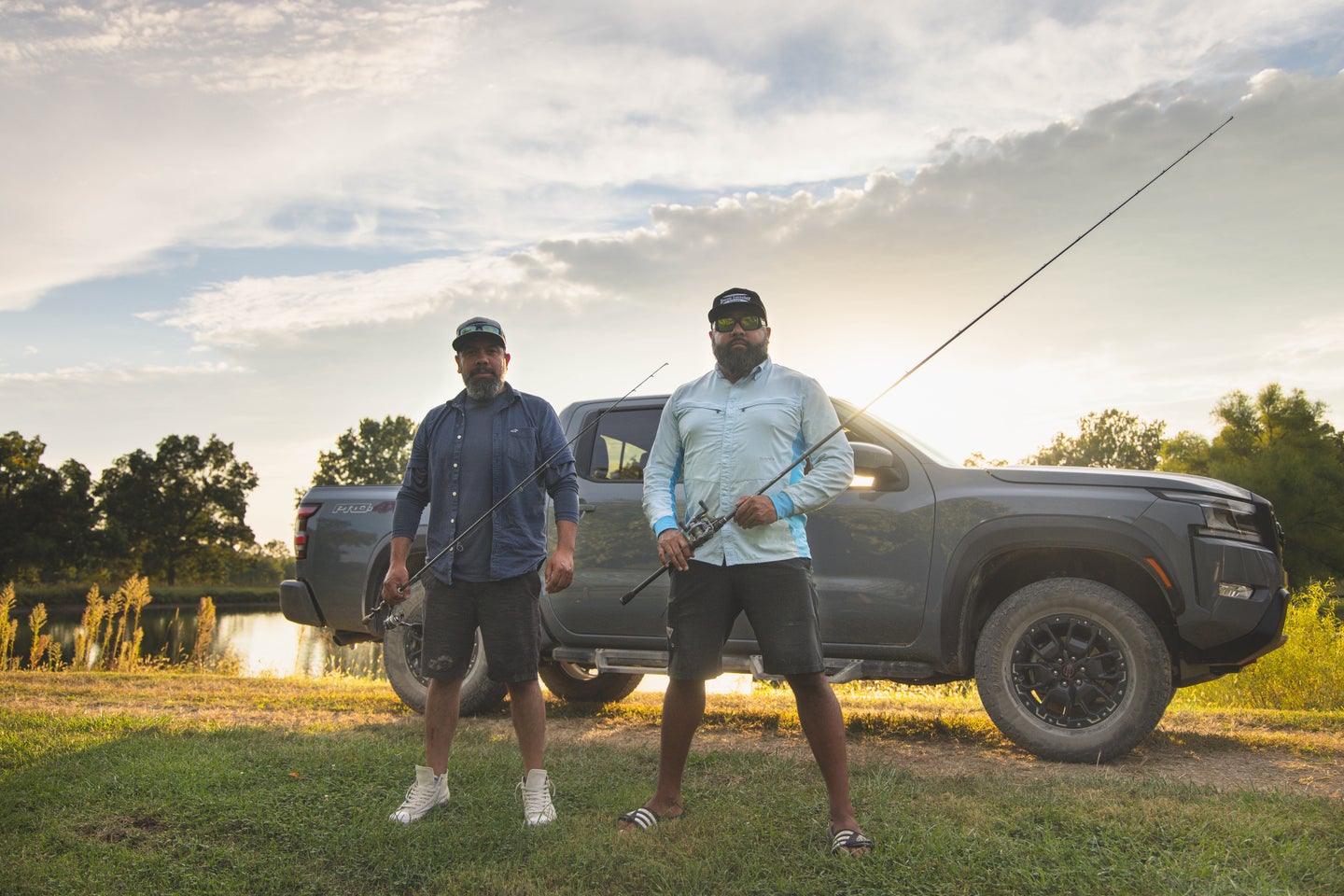 When I was growing up in a rough neighborhood of Chicago, I heard a quote that struck me as profound: “Knowledge is useless unless you share it with others.” This idea stuck with me, and by the time I reached adulthood, I felt I had a responsibility to share the things my father had taught me. That meant teaching people how to fish.

I met Serafin Garcia more than 10 years ago as we worked together in the hospitality industry. I noticed right away that he had a positive energy about him. When he heard that I was an avid angler, he started asking me many questions. I told him, “Hey man, why don’t we go fishing sometime so I can answer some questions while we are out in the lake?”

He took me up on the invite, but what I didn’t know at the time was that the fishing trip would lead to a lifelong friendship.

Over the next few years, I mentored Serafin in fishing fundamentals. He and I spent many hours out on my boat, fishing the local metro lakes in Minneapolis and St. Paul. We started with the simple things, such as tying fishing knots. I taught him about how critical a good knot is for catching and landing fish, and he marveled at both the simplicity and complexity of tying a good knot. From there, I showed him your basic two-to-ten casts, how to set the hook properly, and how to safely unhook a fish once he’d caught one.

The thing is, when you teach these fishing concepts, you actually learn them much better yourself. I was grateful to Serafin for the opportunity to continue my own education. It was an honor to solidify the teachings my father taught me many years ago. Often during a lesson, I’d think back to the way that my dad had taught me the lesson I was now passing on to someone else. I also thought about how he learned to hunt and fish while growing up in Mexico.

It helped that Serafin was a quick study. On one trip, he and I went out to one of my favorite metro lakes, Bde Maka Ska. I asked Serafin to throw a very unusual bait that he had never seen before: a 3/8-ounce chatter bait in chartreuse and white. Within his first few casts, he landed a 32-inch northern pike. I saw the nervousness, as well as the excitement, all over his face as he fought the fish in.

“That’s the biggest fish I have ever caught in my life,” he told me, and I was as happy as he was. There’s something about watching a novice angler catching a big, wild fish for the first time in their life. Seeing their joy and excitement does something to you. It provides a deep sense of satisfaction to even the saltiest veteran angler. It was a very special moment—for both of us.

A few months ago, Outdoor Life came to me with an unbelievable opportunity to hire my company, Baztec, Inc. to help showcase Nissan’s All-New 2022 Frontier. I did some planning with the editors and producers and then surprised Serafin when I said, “Hey man, you want to go down to Kansas and fish for largemouth bass?”

Of course, he took me up on the invite. We loaded our fishing gear and made our way south. During the ten-hour road trip, we talked about everything from family and relationships to politics and comedians, and of course, fishing. Finally, we found ourselves at a private fishing oasis among sprawling acres of secluded land. We were in awe as we took in the beauty that surrounded us. The owners and staff were very warm and welcoming as we sat down to enjoy a dinner of braised short ribs.

The next morning after having coffee, Serafin and I walked about 30 yards to the private pond and hammered largemouth bass. We were using shallow running crankbaits and Senkos. This was Serafin’s first experience fishing outside of Minnesota. We fished and filmed for three straight days in the 92-degree Kansas heat. We put the all-new 2022 Nissan Frontier to the test, hauling around boats and cruising along rough and rugged terrain. The Frontier handled it all and performed like a champ.

Serafin and I usually fish public lakes and rivers around the Twin Cities. The fishing there can be very good, but it can also be challenging. It’s not every day that we get to fish private Kansas ponds that are loaded with bass, and that we have all to ourselves. While the catching was great, the trip was a special one for me because I had the privilege to fish with my friend Serafin. Being able to pass on my father’s fishing knowledge, as well as my own fishing expertise, was an honor. My heart fills with joy knowing that my father’s legacy will live on through Serafin and his children.