How to Catch a 100-Pound Catfish

Zakk Royce blew up the fishing world when he caught two state-record blue catfish in successive days. Here’s how he targets giant catfish all year long 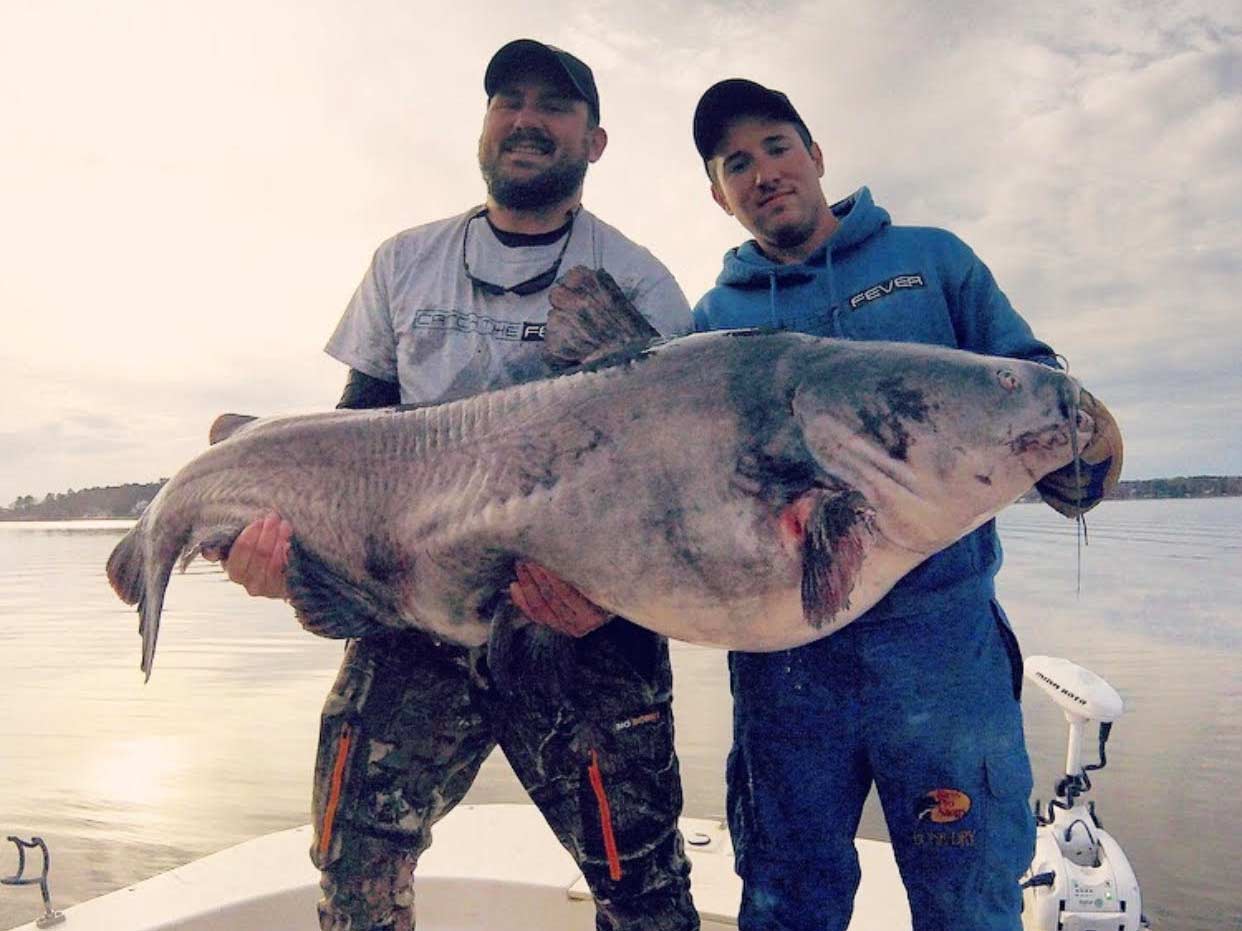 Zakk Royce, 29, lives on Lake Gaston in Gasburg, Virginia. He held consecutive North Carolina blue catfish state records for catching a 91-pound blue cat on December 20, 2015 and broke his own record the next day with a 105-pound blue cat. He owns and operates Blues Brothers Catfish Guide Service, LLC, on Lake Gaston and Kerr Lake.

1. Outdoor Life: Many of the biggest blue catfish are caught in winter. However, what’s the best way to catch them in summer?

Zakk Royce: The summer can actually be an excellent time to catch trophy blue cats, as they come off the spawn and are very aggressive. In a lot of bodies of water, a thermocline also shows up as the water temperature rises. This concentrates the bait and fish to whatever depth the thermocline forms. The best way to target the blues during this time is to fish around the thermocline, either over deep water using floats and planer boards to suspend baits, or by fishing areas where the thermocline meets the bottom, or shallower. With the warmer water temperatures, drift fishing or trolling is effective. Although I still try to stay around 0.5 mph in the summer just like other times of year, I have caught them in the summer trolling as fast as 3 mph.

ZR: Both live and cut bait work great for blue cats. The advantage with cut bait, especially when drift fishing or trolling, is it puts off a constant scent trail that the blue cats can really key in on. However, in the summer months I usually do have a live bait out in the mix as well.

3. OL: Do you ever use artificial s or stinkbaits?

ZR: I don’t use any type of stinkbait and I don’t intentionally target blues with artificial baits such as lures. However, I often catch blue cats on artificial baits, such as crankbaits, for example, by accident when fishing for other species.

Read Next: Old School vs. High-Tech Tactics for Blue Cats

5. OL: What kind of cover and structure do blue cats prefer seasonally?

ZR: It changes from day to day, however overall I target river channel ledges, and creek channels. Other times they will get on points and flats, particularly when they are feeding on mussels. Blue cats will roam in open water a lot more than other species, however, if you find structure such as trees and rocks near a ledge of some sort it can be a great place to look for a big blue.

6. OL: Blue cats are great fighters. How do you win the battle ?

ZR: Having the right equipment and patience is key, you need the right tackle that can handle the fight. You also can’t rush a big blue, just keep steady tension on the fish, use the drag on your reel, and trust your tackle to do its job.

7. OL: How would you bank fish for blue cats?

ZR: I did a lot of bank fishing for blue cats as a kid. I used as many rods as I could off the bank to try to cover as much water as possible. Most importantly, I tried to target ambush areas. Bridges with channels running through them were usually a hotspot. Under the right conditions, fishing below the dam was also excellent from the bank when the blues moved up to feed on the baitfish churned up in the strong current from the dam.

8. OL: You broke the North Carolina record for blue cats twice in two days in 2015. The biggest fish weighed 105 pounds. Do you think that there are any bigger fish in Lake Gaston?

ZR: Yes I absolutely do, I believe there is easily a 150-pound blue cat in Lake Gaston.

ZR: I only keep blue cats under 15 pounds. I prefer them cut into small nuggets, and fried with a little bit of Captain Catfish seasoning added.