Marlin Rifles: The Comeback Continues in 2023

Marlin firearms, a favorite gun manufacturer of many hunters, is making a calculated, but strong, comeback 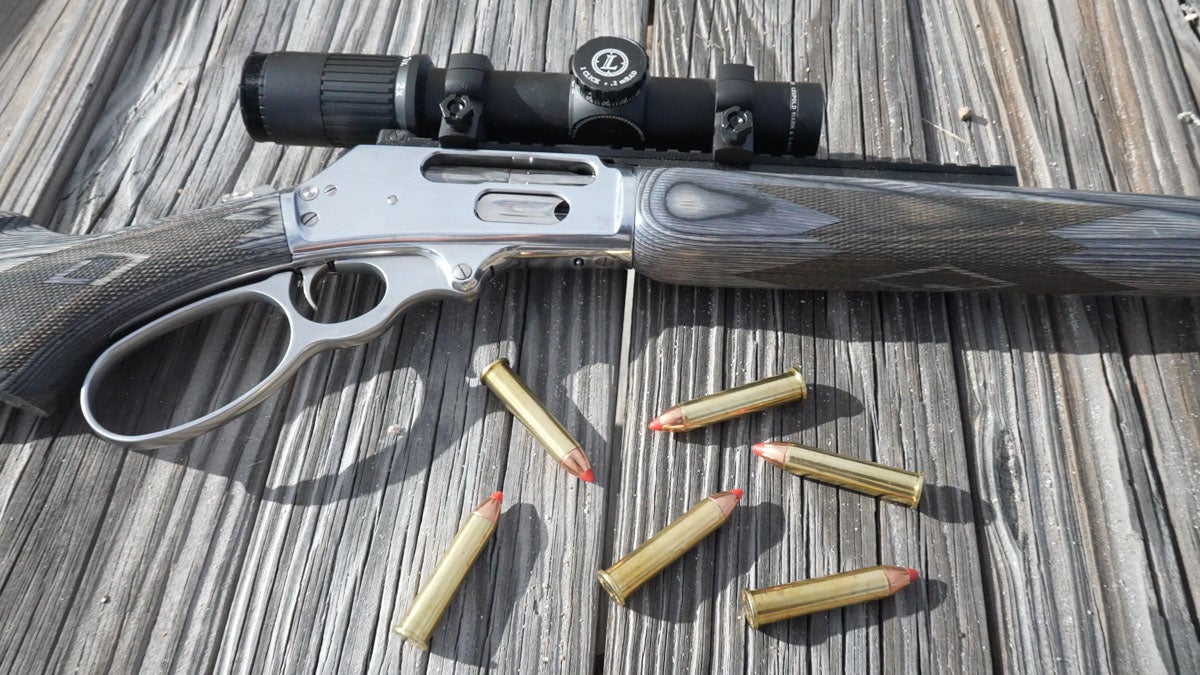 The Marlin 1895 SBL has a tubular magazine that runs nearly the full length of the barrel that holds six rounds of .45/70. John B. Snow
SHARE

The ashes of the 2020 Remington bankruptcy marked a low point for Marlin, the company, and fans of Marlin firearms. A company founded in the late 1800s, Marlin has been a household name in guns across generations. Their rifles have graced the pages of Outdoor Life since our inception, and it was a dagger through the heart of many Marlin fans to see quality control erode in later years, then a final twist when it was shut down.

New Light for an Old Brand

When the remains of the defunct Remington Outdoors Company were parted out to various bidders, many were curiously optimistic when Ruger snapped up Marlin. No one really knew what would happen, but Ruger owns a reputation for quality-built guns. One could only hope they’d apply their know-how to Marlin and bring back some of our favorite classic hunting rifles.

Our shooting editor John B. Snow got ahold of one of the first samples of the new Marlin rifles, in the form of the 1895 SBL in .45/70, in 2021. We tested the 1895 SBL even more thoroughly in our 2022 Gun Test, and we aren’t sure we’d ever handled a finer Marlin. Fit, finish, and machine work were top-notch, and it seems to hold true for the rest of these first reintroductions. We love them.

Read Next: The New Marlin 1895 SBL .45/70 Rifle Is the Best Lever-Action in the Company’s History

Since the SBL, Marlin has begun trickling out reintroductions or similar introductions of previous models. After the SBL, they introduced a handy stainless-steel Trapper model in .45/70, followed by the blued-finish 1895 guide gun in .45/70. Now, they’re introducing the Model 1894 in .44 Rem. Mag. and the legendary deer-slayer, the Model 336 in .30/30 Win.

Marlin fans who have been eager to get their hands on their favorite models have found the wait to be an exercise in patience though. The move to new production of these rifles has been slow, at least if you were expecting a full rollout of the whole Marlin line.

It’s easy to get impatient, and many folks don’t understand why they can’t just start making everything at once. It’s not as simple as just walking back into the old factory and flipping a giant Dr. Frankenstein switch to get things rolling again. It’s complex and time-consuming even to roll out different calibers in the same models, and Ruger wants to do right by way of Marlin. They want to make the finest Marlin rifles ever.

Ruger is producing excellent Marlin rifles, and one of their biggest challenges has been keeping up with the tidal wave of demand. Despite Ruger cranking the new Marlins out as fast as they can, while maintaining tight quality standards, the guns have been tough to get. Marlins are being scalped on sites like Gunbroker for nearly double their MSRP. It’s frustrating for many who really want one, but it’s a fact of life. This high level of demand for even the few existing models, and the fevered pace of manufacturing to accommodate it, also contribute to a measured rollout.

The Future of Marlin

Since the initial shellshock of the dissolution of the company’s shutdown a few years ago, the fog has begun to lift, and the future for Marlin is looking bright. Under the Ruger banner, they are slowly but surely rolling out relaunches of classic models that everybody wants, with great attention to detail.

The rumor mill is ripe with claims of this rifle and that caliber, but you should expect a slow and steady pace with a new introduction. From talking with the folks at Ruger, the next steps will be to begin rolling out some additional calibers, and new models will certainly be added to the lineup. The Marlin folks even told me that the Model 39 will be brought back, but that will take a couple years. There’s plenty to rejoice about if you’re a Marlin fan. Just remember that good things take time.