Two Wolves Kill 176 Sheep in One Night Near Idaho Falls

If you have any doubts about the gray wolf’s hunting ability, or its impact on livestock, you should talk to... 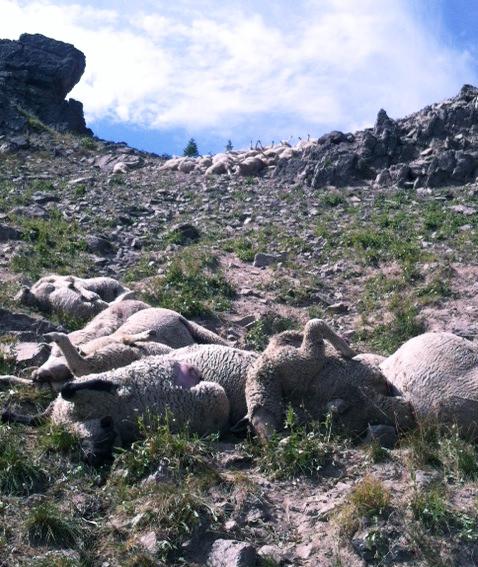 If you have any doubts about the gray wolf’s hunting ability, or its impact on livestock, you should talk to the sheepherders in Idaho where two wolves recently zeroed in on a flock of 2,400 sheep near Idaho Falls.

They killed 176 animals, with most of the sheep dying of asphyxiation as they panicked and stampeded each other while trying to escape the wolves. Ten sheep died from bite woulds and only one was partially consumed.

In a similar attack in Montana in 2009, wolves killed 122 sheep, surpassing the number of sheep killed by wolves in the entire state in 2008, according to the Spokesman-Review.

Todd Grimm, director of the Wildlife Services Program, told the Teton Valley News that there is already a “control action” in the area. Since July 3, 12 wolves have been lethally trapped, including nine pups. The goal is to take them all, he said.