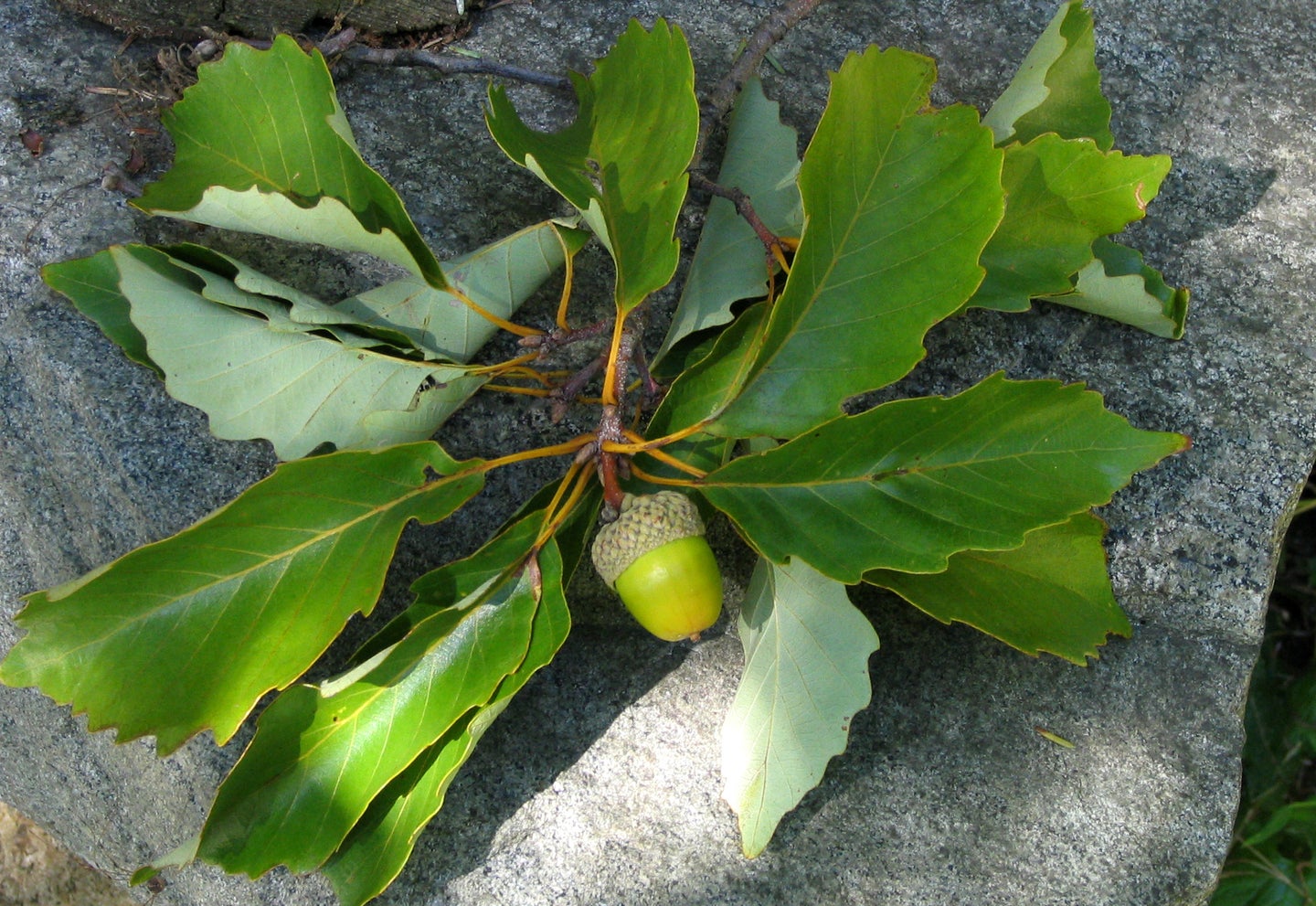 A chestnut oak acorn is like candy to a deer. Find one that will drop lots of acorns this fall, and hang a bow stand there. Courtesy PJ Perea / National Wild Turkey Federation
SHARE

I was walking the course with a group competing in a 3-D match of the Pine Creek Archery Club in Hendersonville, Tenn., when the conversation turned to an appraisal of the upcoming acorn crop. It was hot, humid and a long way from deer season. But what’s the sense in hanging out with a bunch of 3-D shooters during the dog days of summer if you’re not going to talk hunting?

The general consensus was that middle Tennessee was going to experience a bumper crop of acorns, which bowhunters don’t especially like in most circumstances since the deer take advantage of the cornucopia and spread out all over the woods. Apparently, said one bowhunter, the reason why we were going to have so many acorns is because we had so much rain over the spring and summer. A naysayer countered that sometimes too much rain can hurt the acorn crop. According to his theory, too much rain washes pollen out of the trees before it can be passed around by insect pollinators.

Regardless of our predictions, the only way to tell what the acorn crop would look like was, well, to go look.

Several years ago a tree expert of some sort told me that the main reason oaks didn’t produce acorns every year is because of a natural defense mechanism. If oaks were bountiful each season, he said, eventually the mammals and birds that eat acorns would become so abundant over time that none of the acorns would ever be spared. Consequently, fewer oaks would sprout up out of the forest floor to replenish the woods. Unpredictability is one of Mother Nature’s tricks to keep various critters from overrunning the place.

I’ll leave it to you to make the best determination regarding why you will or won’t have a lot of acorns where you hunt this year. I’m not so certain myself, but I do know that deer relish acorns and will abandon feeders—and anything you care to plant in a food plot—to get at them for as long as they last.

In the upper South, white oak acorns are preferred—chestnut white oak acorns, in particular. These produce large, meaty acorns, and it’s said that in pioneer days settlers even used ground chestnut oak acorns as a substitute for wheat flour. Many, if not most, white oak leaves are multi-lobed with rounded edges. The leaves of chestnut oaks, however, are similar to the late, great American chestnut (hence the name), though more oval in shape. The Deep South’s swamp chestnut oak, which produces arguably the most important acorn to bowhunters in that region, has fairly large, teardrop-shaped leaves that taper to a point, with rows of pointy “teeth” ranging down either side. The swamp chestnut’s leaves are a bit thinner in width than those of the upland chestnut oak, but broader than another important white oak: the chinkapin. The swamp chestnut’s acorns also tend to be more oval in shape than those of its cousins.

Perhaps that’s more than you want to know about chestnut oaks, but they’re worth consideration because deer seem to prefer their acorns above all others. If you locate a few chestnut oaks—or even one—that will drop acorns this fall, you should put up a stand there and hunt as often as you can. When you start scouting for deer sign, use binoculars to look for acorns, too. If trees are going to bear them at all this year, they should be visible by now.

Save Red Oaks for Later

So why don’t red oak acorns attract deer as well as white oak acorns early in the fall? There are theories about that too, the most prominent of which relates to the higher level of tannic acid present in red oak acorns. It’s said that it takes several days of frosty weather to dilute the tannic acid and make red oak acorns more palatable to deer. So they wait until later in the season before visiting the water oak and willow oak flats, and ridgeline red oaks. Again, that’s just a theory. But unless deer are different where you hunt, you might want to save the red oak stands for later.

Which takes us back to white oaks. Bone up on your tree identification skills and find white oaks where you plan to hunt—again, preferably chestnut oaks. In any event, some white oaks will have lots of acorns, and some won’t. This fall, if you don’t have acorns where you want to hunt, locate some elsewhere–your yard, the city park, wherever–put a zip-seal bag over your hand and gather up the acorns and deposit them in another scent-proof bag. Then, when you go hunting and while wearing a plastic bag over your hand, scatter several handfuls around your stand. Pitch them one or two at a time into the air and let them fall through the canopy so they make a noise. There’s not a more enticing sound to deer than that of falling acorns. And, to a bowhunter, there’s not a better sound than that of an approaching deer crunching through the oak leaves for an evening snack.