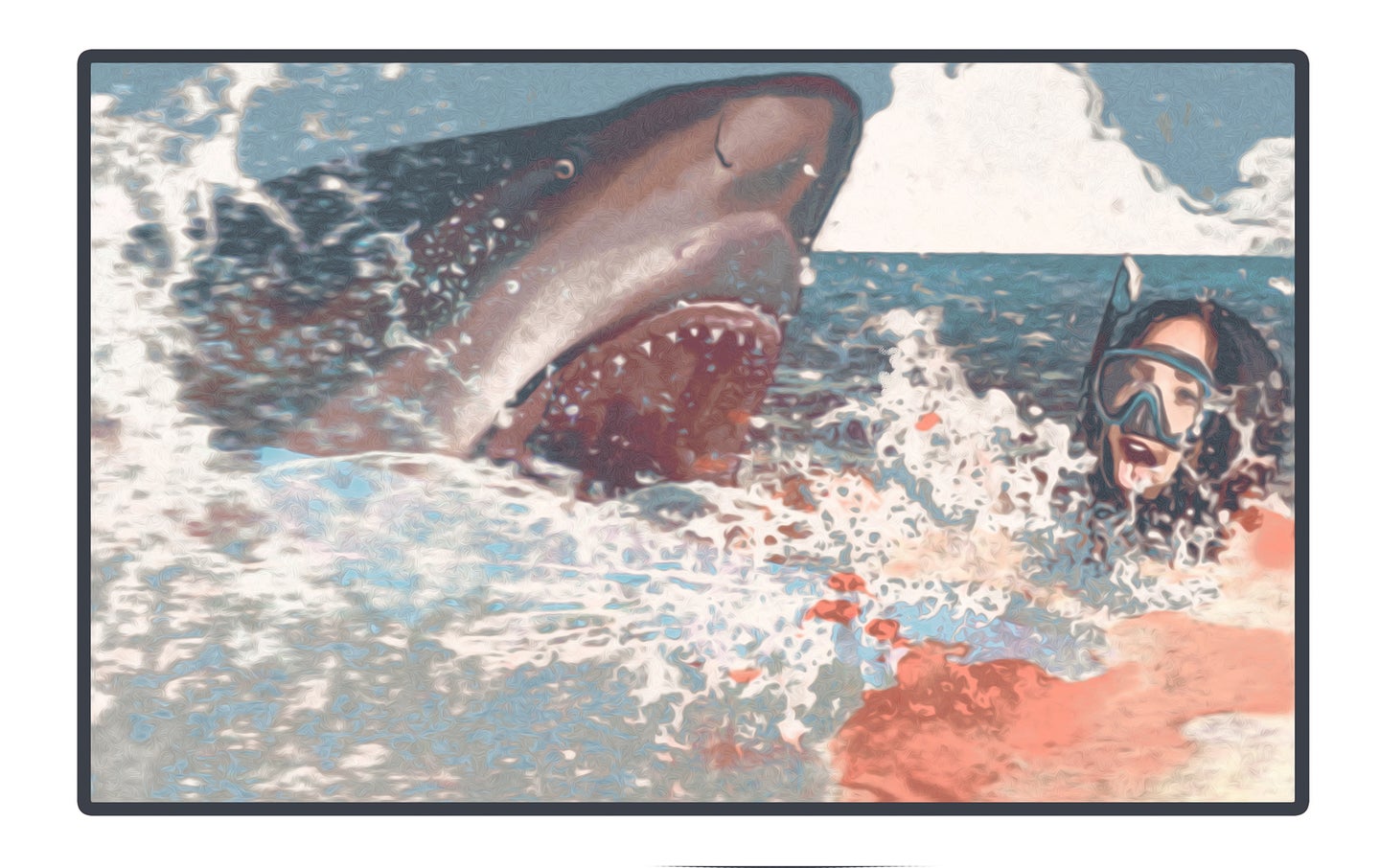 This Happened to Me: I Saved My Little Sister From a Shark Attack!

"She was screaming and punching its nose, desperately trying to get it to let go of her"

A FULL-TIME firefighter in Taylor County, Florida, Rhett Willingham says he’s always been close with his sister, Addison Bethea. While growing up in the Panhandle, they’ve spent countless days fishing, hunting, and exploring together. The two siblings also try to make time to collect scallops every summer, and Willingham says that ever since the season opened on July 1, Addison had been bugging him about getting out…

My younger sister Addison and I like to go scallop hunting every summer, so we picked a day in early July and left from Keaton Beach in my boat. The scalloping was great that day. The two of us were swimming together and sharing a bag, and after a few hours of picking scallops off the bottom, it was already half full.

We were swimming back to my boat when suddenly I heard a yelp. I stood up in the shallows and turned around, but I couldn’t see Addison. I thought, She must be underwater grabbing another scallop.

I spun around again, and this time I saw her—with a big shark biting her leg! It must have been 8 or 9 feet long. She was screaming and punching its nose, desperately trying to get it to let go of her. And there was blood everywhere! It looked like it was boiling up from underneath her.

I swam straight to her and started punching, kneeing, and kicking the shark. At last, it let go.

But even as I grabbed her and swam her back toward my boat, the shark stayed with us. It was like it refused to give up! We were still in the water when a stranger pulled alongside us in his own vessel. He had seen what happened, and he helped me get her aboard.

The first thing I did was grab his phone to call 911. As a firefighter in the county, I know our protocol. I also knew that I had to stop the bleeding because Addison’s leg was in bad shape. I grabbed a thick rope to make a tourniquet. I wrapped it around her thigh, stepping on her slashed femur while I pulled the rope as tight as I could.

A sheriff’s deputy was waiting for us back at the dock. After an EMT put a fresh tourniquet on Addison’s leg, a helicopter airlifted her to a trauma center in Tallahassee. The doctors were unable to save her right leg after multiple surgeries, and they had to amputate it above the knee. But she’s recovering and has started to walk again. That’s the important thing.

You can read the full story about Addison’s rescue here. We publish true adventures. Send yours to THTM@outdoorlife.com.