Young Angler Dies Trying to Save His Friend, Both Bodies Recovered from Virginia Lake 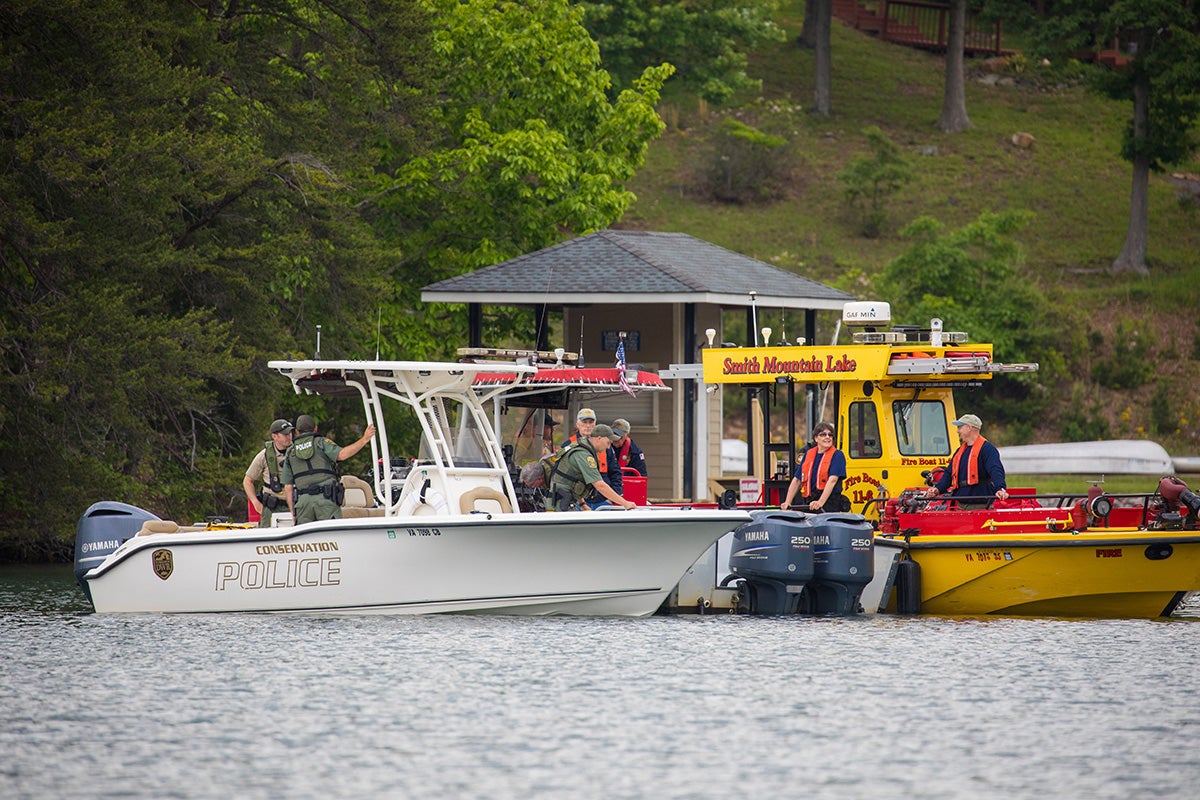 Crews with the Virginia Department of Wildlife Resources and the Smith Mountain Lake Marine Volunteer Fire Department have been searching the lake since Monday afternoon. Virginia DWR
SHARE

Tragedy struck at Virginia’s Smith Mountain Lake this Monday when two young anglers went missing after falling into the water. After more than two days of searching the lake, authorities announced on Thursday that they had recovered the bodies of the two missing anglers. The men have now been identified as 21-year-old Landon Oakes and 20-year-old Zachary Travis.

According to reports from an eyewitness, who called in the incident around 4 p.m. on Monday, the two anglers fell overboard when their bass boat capsized in deep water. The witness explained that one of the men was able to swim to shore, but then he turned around to rescue his friend, who was struggling to hang onto the overturned boat. Authorities can now confirm that neither of the young men ever made it back to land.

Search and rescue crews with the Virginia Department of Wildlife Resources and the Smith Mountain Lake Marine Volunteer Fire Department responded to the incident on Monday, Jan. 2. Diving crews searched the lake through the evening to no avail. They resumed their search the following morning, but by then, Sgt. Tom Dooley with the DWR told the Roanoke Times that the mission was now considered a “recovery effort.”

Dooley said on Tuesday that he believed divers would eventually find the two bodies, but that the depth and temperature of the water were complicating their efforts. According to WFXR-FOX, the area where the boat capsized is roughly 70 feet deep, and online lake reports show that the water temperature at Smith Mountain is currently hovering around 49 degrees. Hypothermia is considered a risk when water temps dip below 70 degrees (depending on the ambient temperature), and a chart by Westpac Marine shows that a human can only be expected to survive for one to three hours when submerged in 40- to 50-degree water.

On Tuesday, Jan. 3, Kelly Oakes named her son Landon Oakes as one of the missing anglers in a Facebook post. Although she is devastated by the loss of her son, Kelly said she has found some peace in knowing that he died trying to save his friend.

“Our son, Landon Oakes and his friend decided to take Landon’s bass boat fishing yesterday at Smith Mountain Lake. Steven Oakes received a call yesterday afternoon from state police that no parent ever wants to get. From witness account: the boat turned over and the boys were hanging on to the boat. The witness called 911. Then one boy (Landon – he’s an excellent swimmer), swam to shore. He then went back to get his friend that was struggling and the two never came back above water. By the time Steven and I got there, a bunch of crews were searching and diving. It was all a blurr. Lights everywhere. There is a massive search crew on the way from Richmond and they will search and dive all day today until they recover their bodies. We are in shock! The only peace we have is knowing that in true Landon fashion, he went back to save his friend. I know in my heart that he and my dad are having the time of their lives catching up in heaven. My dad’s fishing lures, etc, that he had given Landon a few years ago were recovered in the boat. My dad was eat up with fishing as was Landon. Landon was so obsessed with fishing that in his words, he got a college degree in fishing. My dad passed away 2 years and 1 day ago yesterday, those number side by side are 21 – Landon is 21 years old. We are beyond devastated and can’t process.”