If you didn’t attend SHOT Show this year, here are a few of the most entertaining moments you didn't experience, according to Twitter 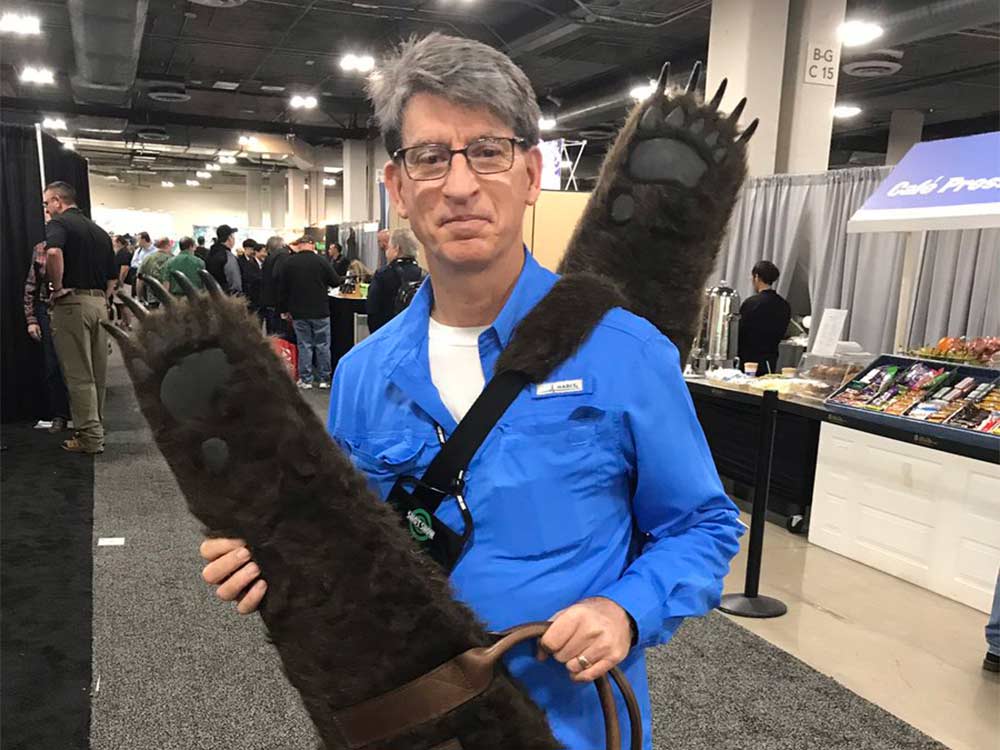 The 41st annual Shooting, Hunting, Outdoor Trade Show (SHOT) drew nearly 60,000 attendees to the Sands Expo & Convention Center in Las Vegas, Nevada, this year. For those of you that didn’t attend the event, Here are 15 Twitter reports about the most interesting things you missed out on, posted by people who were on the show floor.

1. The opportunity to literally keep and bear arms

“You have the right to BEAR arms” lol #AirgunwebTV #ShotShow2019 #SHOTShow pic.twitter.com/OOO1ygE5Um

2. The chance to get a free tattoo—in under 45 minutes

Attendees at the @Gerber_Gear booth at the @nssfshotshow getting free tattoos. Rules are 45 min sessions btwn 2 artists and can choose from 14 designs. #vegas #ShotShow #tattoo pic.twitter.com/86ZUSwG7c3

3. Your chance to make a Sasquatch sighting

Made a new friend at #ShotShow2019 #tacticool pic.twitter.com/fxltmCcW7B

5. Getting your daily steps in

Lots accomplished on Day 1. Ready for Day 2 to start. Lots of meetings about new products and about protecting our 2nd Amendment. #ShotShow2019 pic.twitter.com/RgXU0cdOMZ

8. Hanging out with prominent politicians

For the 4th time as Governor, I’m pleased to represent AR at the 2019 @NSSFSHOTShow. @ArkansasEDC & I have visited w/ a dozen AR employers & have met w/ several prospective companies looking to relocate. A key to AR's growth agenda is being competitive both nationally & globally. pic.twitter.com/WiBfXqET1B

9. Checking out some guns with NASCAR royalty

Hanging out at @nssfshotshow with @hannahbarron96 looking at all the set ups! #SHOTshow #shotshow2019 pic.twitter.com/mjTKfpzb7R

10. Running into The Incredible Hulk on the show floor

As a Reserve Deputy Sheriff – proud to be with Special Operations Wounded Warriors @nssfshotshow in Vegas this weekend.

If you’re in Vegas – say hello. I’ll be at the Brownells, Inc. booth:

11. Grabbing a pic with a Benghazi war hero

12. Going head to head with some WWE wrestlers

I casually mention @undertaker ‘s name and he appears out of nowhere not 10 seconds later. I feel like @wweURNiverse had a hand in this #ShotShow2019 pic.twitter.com/YQir7WSKXz

I’ll be performing a solo acoustic set tonight at Hard Rock in Las Vegas as part of @nssfshotshow. Thanks to my friends @DanielDefense for inviting me.

Thank you to everyone who was involved in making the second Women of the Gun reception a success! We loved seeing the commitment of women in the industry to practice #safestorage. pic.twitter.com/nzKgoFiVmk

15. Partying it up with Glock

I'm at the Glock party and it's huge. #ShotShow2019 pic.twitter.com/OPUmr9tQpk