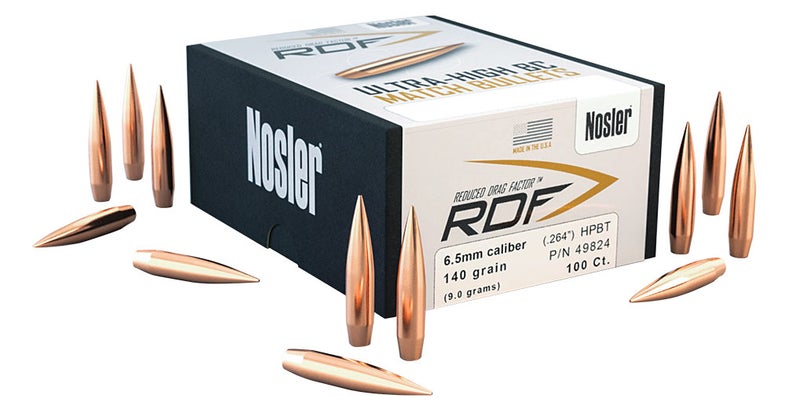 Recognizing the growing popularity of long-range shooting and tactical matches, ammo makers have stepped up their game with various loads designed to center-punch targets at way-out-there distances. Here are three new offerings to check out.

These sleek bullets were designed with longer boattails and very consistent meplats—which is a fancy word for the open tip on the nose of the bullet—to enhance shot-to-shot accuracy. The 140-grain 6.5mm RDF launches at 2,650 fps in the 6.5 Creedmoor, giving it impressive trajectory to 1,000 yards and beyond.

Read Next: 10 New Rangefinders for Hunters and Long-Distance Shooters in 2017

This load is attractive not only for its accuracy, but for its price. The 140-grain Sierra Matchking HPBT bullet—which Sig refers to as an OTM (Open Tip Match) bullet—has a muzzle velocity of 2,625 fps. The ammo is loaded with powder that is less temperature-sensitive for better performance in variable weather.