We recorded an average muzzle velocity of 3093 fps with Weatherby's new load and rifle, making this one flat-shooting SOB 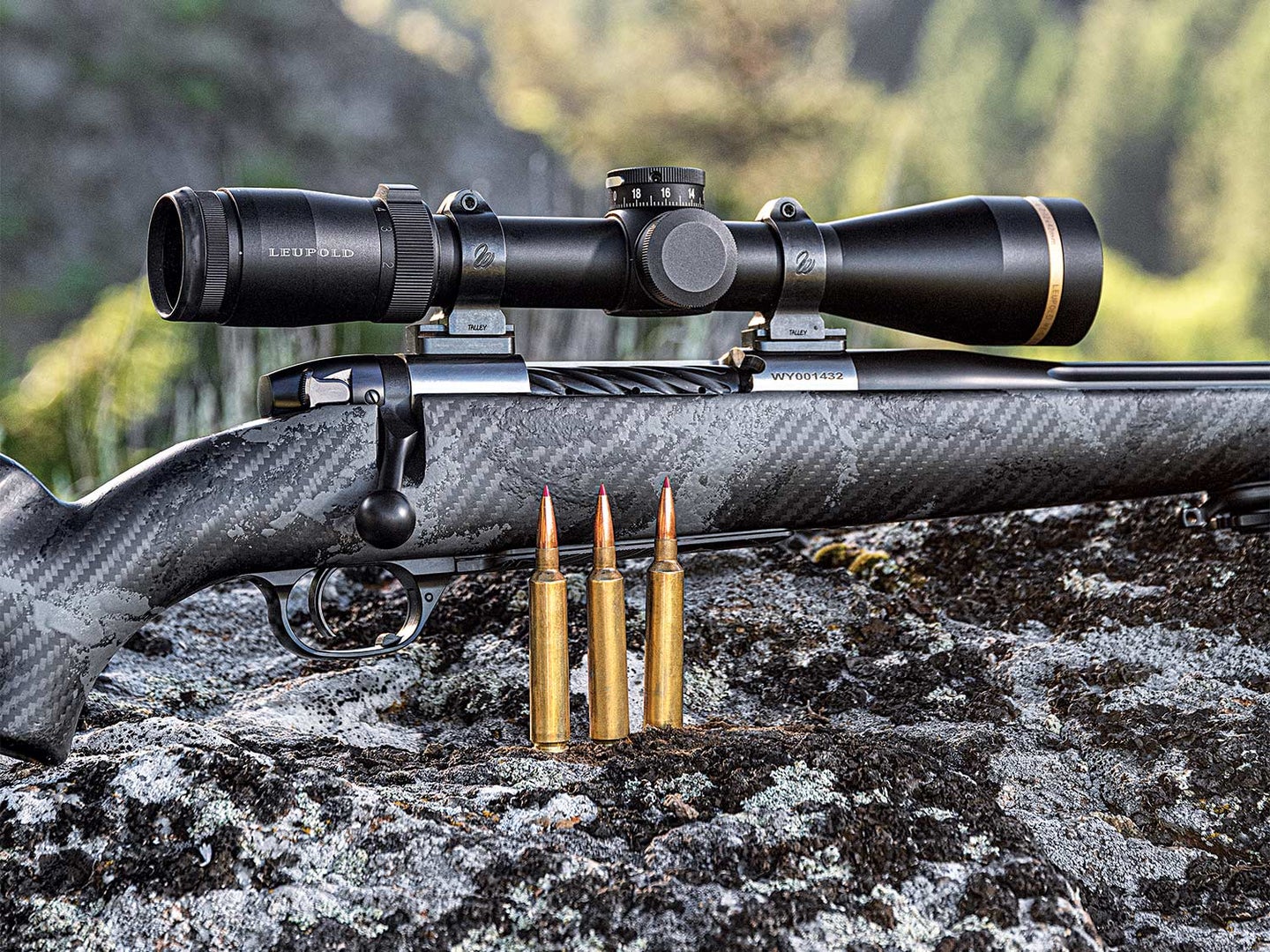 For the last 75 years, it’s been easy to recognize a Weatherby cartridge. The distinctive double-radiused shoulder is a dead giveaway, as is the proportion of brass (a lot) to bullet. If you had to triple-check, you could look for the belt on the case. Everything from the .224 Weatherby to the .460 Weatherby adhered to this formula. Until now.

With the introduction of the 6.5 RPM, Weatherby has updated its playbook. In keeping with the principles of modern cartridge design, the 6.5 RPM is a beltless cartridge, with a steep shoulder angle (35 degrees), minimal body taper, and a throat diameter that is just .001 inch over bullet diameter (.265 inch versus .264 inch).

This puts it in the same class as the 6.5 Creedmoor, 6.5 PRC, 22 Nosler, and other cartridges of recent vintage that are known for their accuracy. But it wouldn’t be a Weatherby unless it delivered a bit more horsepower, and that’s where the 6.5 RPM distinguishes itself.

The 6.5 RPM has a rebated rim that fits a standard .308 bolt face (.470 inch), but the case itself is .500 inch across to make room for more powder. (RPM stands for Rebated Precision Magnum.) So, it isn’t a surprise that it launches bullets at barrel-blistering speeds. My chronograph recorded an average muzzle velocity of 3093 fps with Hornady’s 143-grain ELD-X bullets, making it a flat-­shooting SOB.

Of course, Weatherby, which is now operating out of its new home in Sheridan, Wyoming, wasn’t about to introduce a new cartridge without having a new rifle to go along with it, so the company unveiled the Mark V Backcountry Ti, a sleek mountain rifle built on a titanium action that weighs just over 5 pounds naked. (Weatherby claims a sub-5-pound weight, but on my calibrated postal scale, my sample was 5 pounds 1.8 ounces, although keep in mind my preproduction model was one of only two in existence at the time.)

I got a chance to hunt with that rifle this spring, chasing black bears in western Montana in some of the most seriously vertical country in the state. It’s big country too. We’d often spot bears at distances of up to a mile, and the shot opportunities were all long-range.

It’s a lot to demand of a rifle—that it be portable, powerful, and accurate—but the Backcountry Ti checked all of those boxes.

At the range, my rifle turned in average group sizes of .822 inch with 3-shot groups, the smallest running .700 inch. The pencil-thin barrel heated quickly and, not surprisingly, the groups opened up to about 1.25 inches when I put 5 shots downrange.

The Backcountry Ti in 6.5 RPM is built on the 6-lug Mark V action, which, like the better-known Mark V 9-lug action, has a short (54-degree) bolt throw, but is less bulky. It runs smoothly, cycles wicked fast, and I’ve never had a single feeding or extraction issue with any I’ve owned or shot. It’s one of the best hunting actions out there and doesn’t really get the credit it deserves. The Backcountry will also be available in larger calibers that require the 9-lug action, and those will weigh about 5 pounds 12 ounces, Weatherby says.

The Backcountry uses a Triggertech trigger, which can be adjusted from 2.5 to 5 pounds. These Canadian-built triggers are cropping up on many high-end rifles for good reason. Their innovative sear-release system has zero perceptible creep and a super-smooth break. I turned mine down to 2 pounds 9 ounces and called it good.

At the time of my evaluation, ammunition was in short supply, so while I had loads made up with the 143-grain ELD-X bullet, the initial factory offerings in the 6.5 RPM will be the 127-grain Barnes LRX, the 140-grain Hornady InterLock, and the 140-grain Nosler AccuBond.

As you might guess, the Backcountry Ti has a carbon-fiber stock, a standard weight-saving feature on ultralight rifles. To handle recoil, it has a new muzzle brake of Weatherby’s design called the Accubrake ST. Weatherby says it knocks the kick down by more than half. I couldn’t say whether that’s the case, but between the brake and the innovative butt pad (see “Features of Note,” opposite), the 6.5 RPM is not at all uncomfortable to shoot.

Weatherby will also offer a non-Ti Backcountry built on a steel receiver in both 6- and 9-lug actions. Those rifles will weigh about 5.5 pounds and 6.5 pounds, respectively, and will cost $850 less than the Ti: $2,499 versus $3,349 suggested retail.

I think this new rifle and cartridge have arrived at the right time for Weatherby. While the double-radiused belted magnums that Roy Weatherby made famous aren’t disappearing anytime soon, this next generation of products shows the company is ready to keep innovating and is determined to be a player in the era of high-tech and high-performance hunting rifles.