Authorities suspected the driver of being under the influence, but they never would have guessed what she had in the back of her vehicle 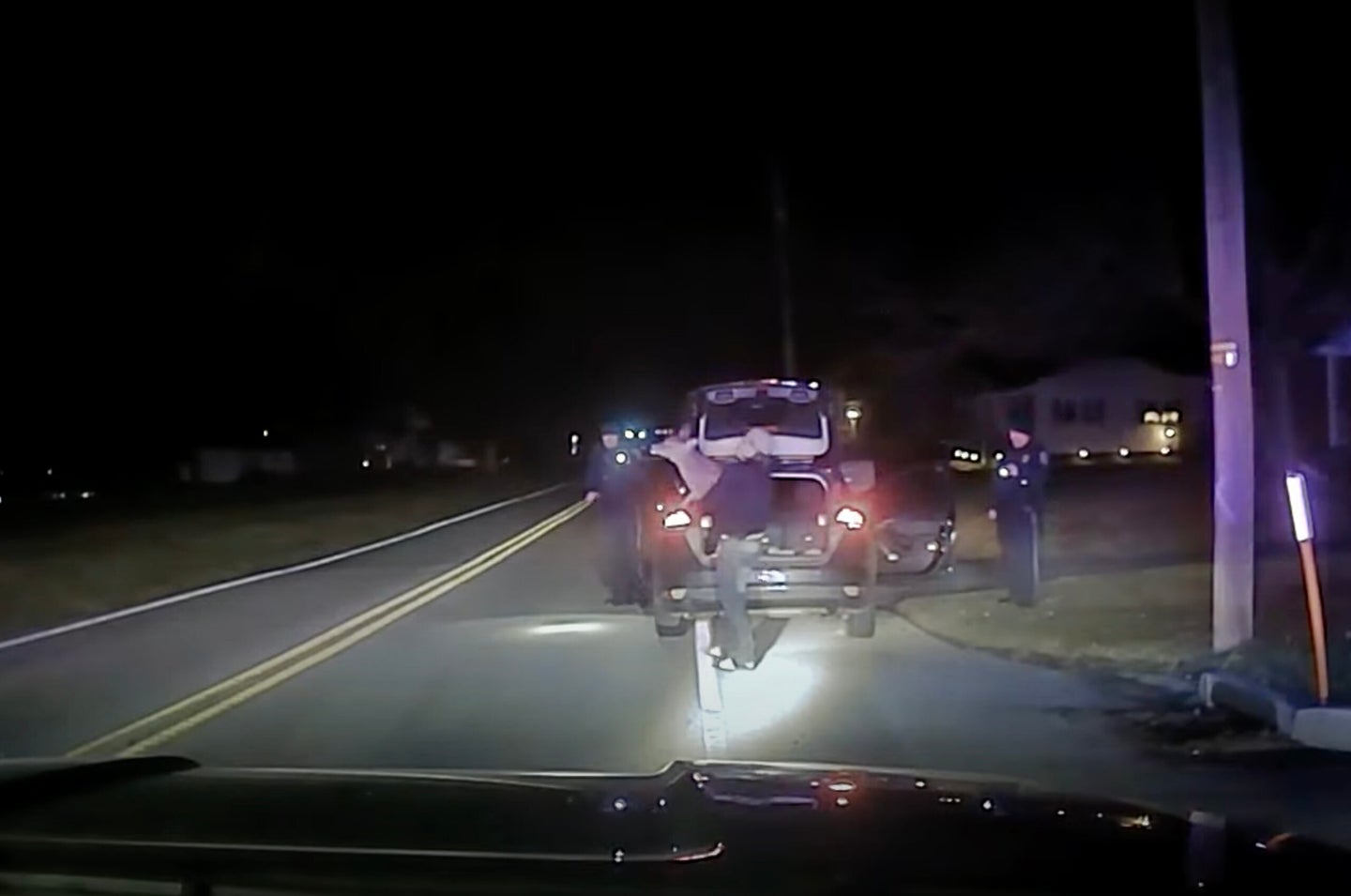 A routine traffic stop in Newberry Township, Pennsylvania turned out to be anything but when police officers found a live deer in the trunk on Jan. 4. Newberry Township Police / YouTube
SHARE

A routine traffic stop in York County, Pennsylvania, turned out to be anything but when police officers discovered a live deer in the trunk of the vehicle they’d pulled over. According to the local news outlet WJAC, police officers pulled the vehicle over near the intersection of Old Trail Road and Old York Road around midnight on Jan. 4. Officers suspected the driver of being under the influence and approached the driver’s side window of the hatchback. Upon closer inspection, they realized there was actually a third passenger in the vehicle. It had four legs, a white tail, and was still very much alive.

Read Next: Video: Injured Deer Runs Inside Louisiana Hospital and Up the Escalator

The two human passengers in the front of the car then told the police that they had struck the deer earlier with their vehicle. Thinking it was dead, they explained, they decided to put it in the back of the car. Fortunately for their (and their vehicle’s) sake, the police pulled them over before the deer was able to re-enact the scene from Tommy Boy.

The two officers had the 21-year-old passenger release the live deer from the vehicle. After what looks like taking a minute to psych himself up, the man simply gathers the injured, flailing deer in his arms and carries it across the street and off camera. There was no word on whether the deer survived or whether wildlife officials planned to euthanize it. The officers took the driver, a 19-year-old woman, into custody as part of the DUI investigation. The Newberry Township Police thoughtfully uploaded the absurd dash camera footage to YouTube, but disabled embedding on other sites. You can watch the video of the passenger removing the deer from the vehicle here.