Western Bowhunting: Use Cows to Tag a Pronghorn

As desolate as the Western prairies appear to be in Hollywood cowboy movies, plains wildlife species do have other residents to mingle with in the form of cattle, and you can put those bovine buddies to work for you on your next pronghorn bowhunt. 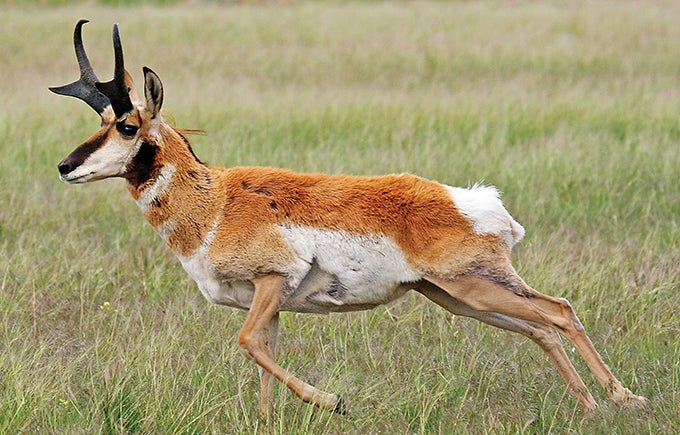 As desolate as the Western prairies appear to be in Hollywood cowboy movies, plains wildlife species do have other residents to mingle with in the form of cattle, and you can put those bovine buddies to work for you on your next pronghorn bowhunt.

Antelope have top-rated eyesight among ungulates, and as long as everything appears calm on the Western front, they’ll remain free of paranoia. Contently feeding cattle are a common part of that tranquil landscape. But since halter-broke cattle are limited in number, consider incorporating a broke saddle horse into your ruse. Here’s how.

For the best results, overnight the horse in a corral void of food. A hungry horse mimics a range cow the best. If you look at livestock, you’ll notice they continually feed in a slow-moving fashion throughout the day. A well-fed horse will be edgy, whereas a hungry horse will graze with the appearance of a hungry cow. As the horse searches ahead for its next tuft of grass, guide it slowly and steadily toward your intended target, downwind if possible.

If you head straight for them, pronghorns could suspect something is amiss and veer away from your ambush. As you slip closer, keep a low profile and peek over, under, behind, and in front of your mobile blind. Pronghorns can’t count legs, but their eyesight could reveal something awry if you’re in view, again causing them to push the panic button.

When you slip in close—to 40 yards or less—shoot either from your knees or while standing, but draw from behind the animal and lean out to get the shot. It can be that easy.

If you don’t own a horse, borrow one from a friend or even a local rancher. You don’t need to know how to ride it; just how to lead and load the animal. Having a saddle on the horse is helpful, nonetheless. You can hang extra gear from the horn and stuff the saddlebags so you don’t have to pack the extra weight yourself. And if you do know how to ride, you can use the horse as transportation or for packing your trophy back to the truck, as long as the mount isn’t shy of blood. (Ask about this beforehand to avoid an impromptu rodeo later.) Also, make sure the horse is comfortable with your shooting in front of or behind it.

If you hunt solo, learn to secure the lead rope and launch an arrow simultaneously. It’s better to spend the day chasing antelope than a loose horse. 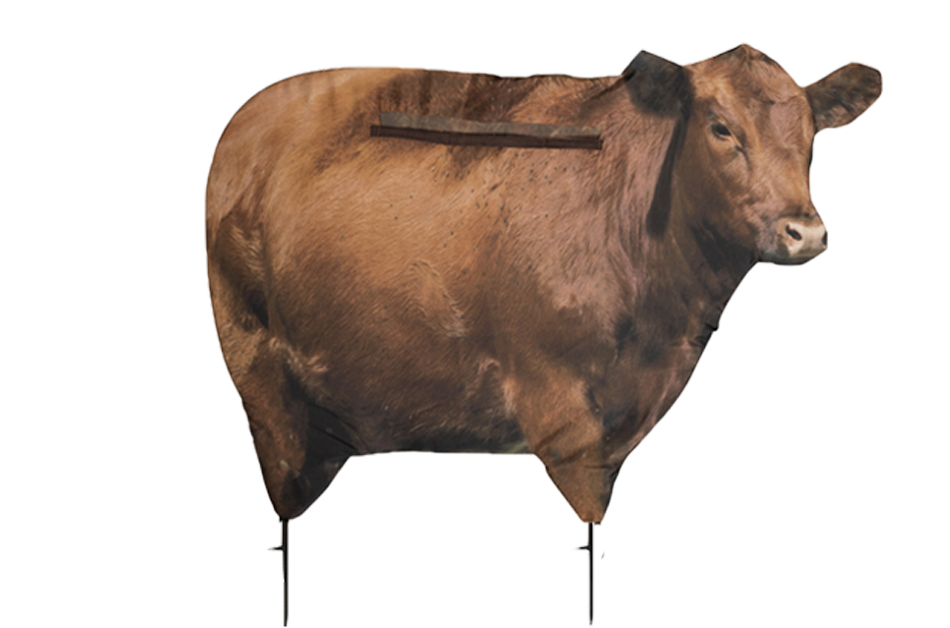 Montana Decoy Big Red
Cow decoys have gained legitimacy in recent years, and pronghorn bowhunters would be wise to add one to their arsenal. Perhaps the most portable is the Montana Decoy Big Red, a 3-pound photo-screened, two–dimensional bovine large enough for up to two hunters to hunker behind. A handy screen of clear mesh high in the back of the decoy lets the hunter see through it.

As with a live horse, the key to success is moving slowly and allowing pronghorns to get used to their new prairie companion. ($100; MontanaDecoy.com)