From the Archives: Shark Fever

Craving a thrashing tale? Dive into OL’s online archives with a roundup of our best shark stories 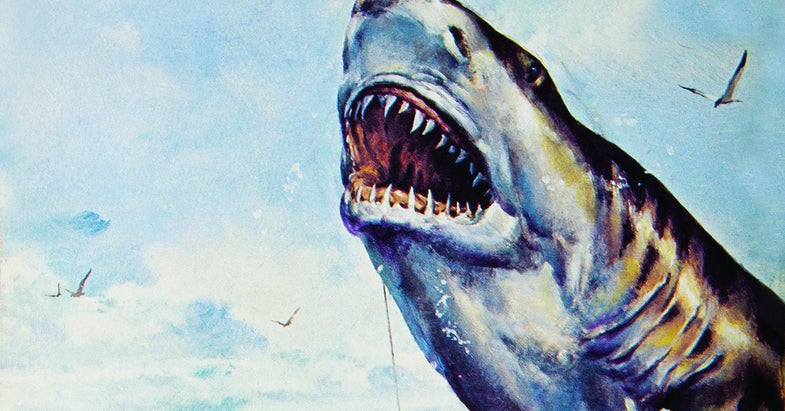 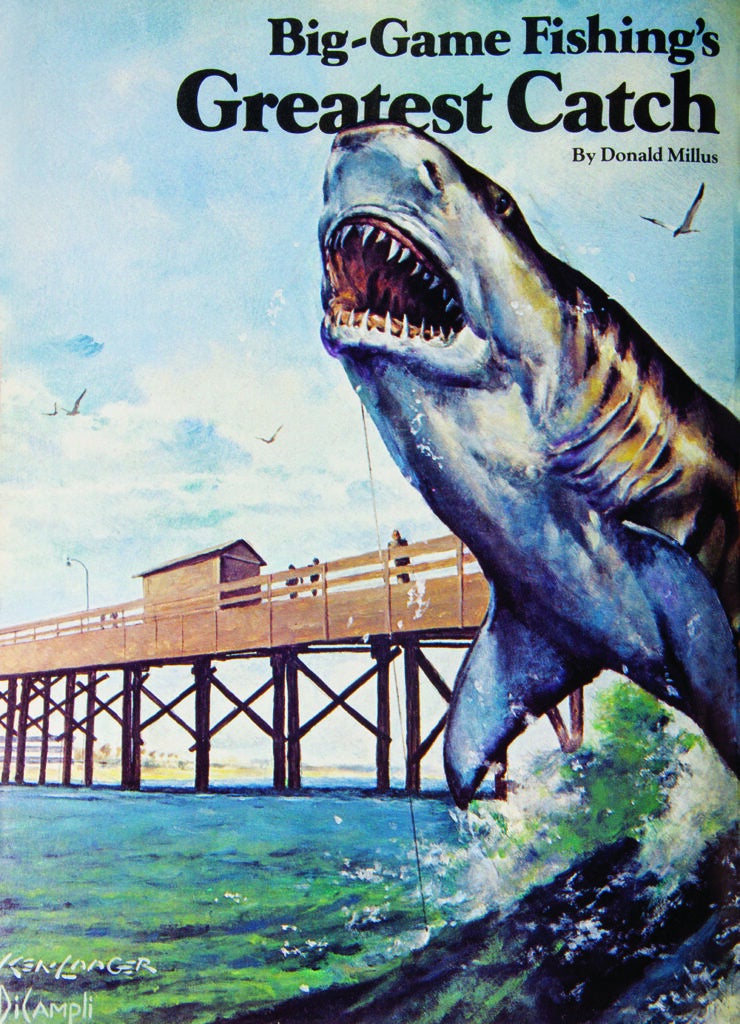 To read all these shark tales and many more, check out a free trial of our digital archives at c2c.outdoorlife.com.

June 13, 1964
A Record Breaking Feat
The angler’s “heavy rod bent in a tight arc as the shark surged away from the pier with a huge hook embedded in its jaw. A multistrand, wire leader and 130-pound-test line connected the shark with the man, who was soon to set a world record.”

On that June afternoon in 1964, South Carolina angler Walter Maxwell hooked into a 1,780-pound predator and fought for five hours straight until he landed the huge fish. We’re not sure what’s more amazing: that Maxwell caught the shark from a pier, or that the shark still holds the top spot after 50-plus years. You can find the full story behind the catch in our April 1984 issue, for free, right here. 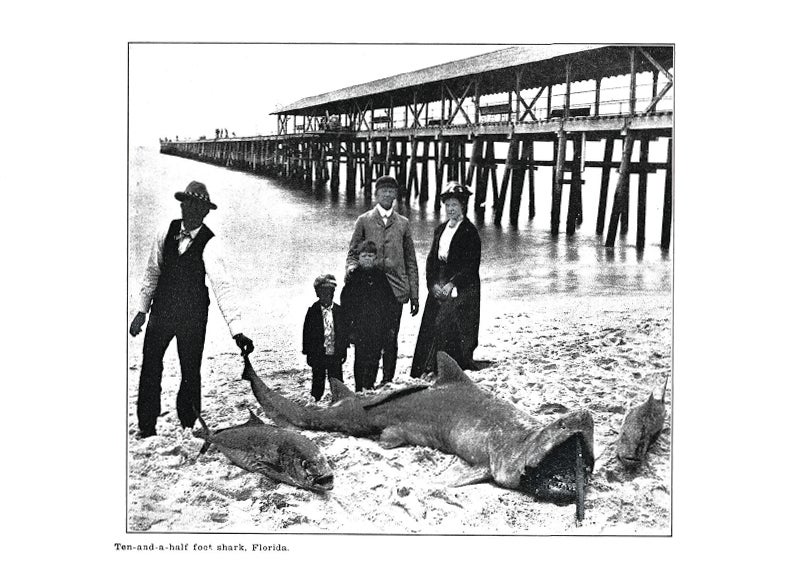 January 1938
Although many anglers remained “obsessed with an undisguised hatred of sharks,” the article “The Shark As a Game Fish” reported that many attitudes toward sharks were shifting from animosity to curiosity. 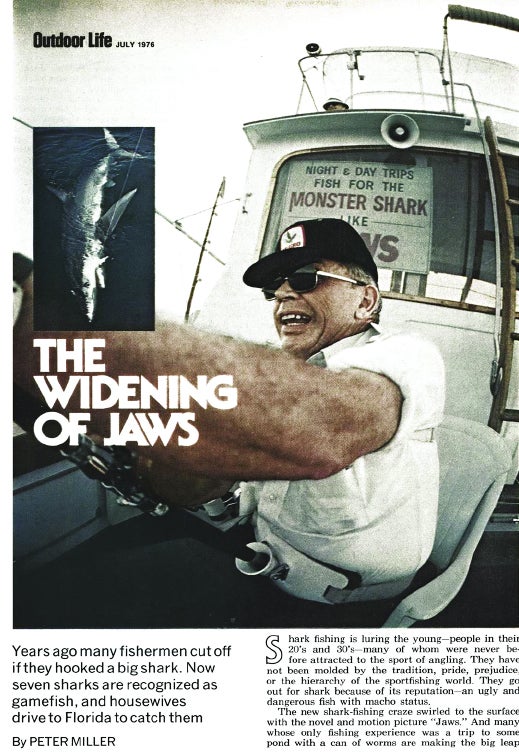 July 1976
Fishermen used to cut off if they hooked into a shark, but targeting them became the new norm. Even “housewives are driving to Florida to catch them,” wrote author Pete Miller of the craze in “The Widening of Jaws.” 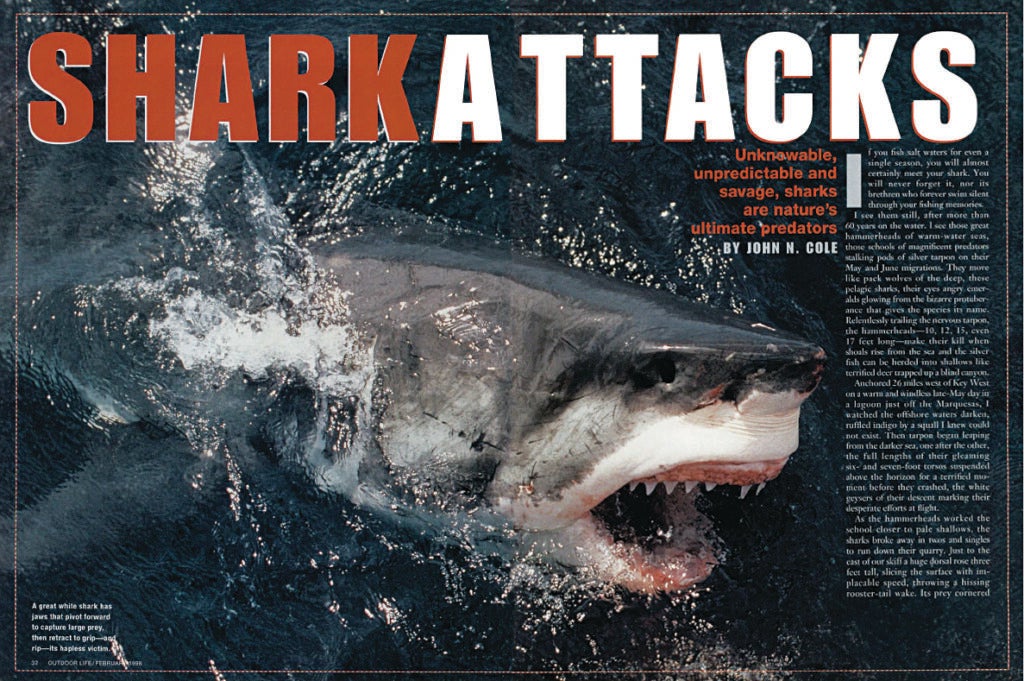 February 1998
If you fish saltwater often enough, you’re bound to encounter a shark (or several) sooner rather than later. In “Shark Attacks,” OL caught up with anglers who’d survived some seriously harrowing scrapes.