That's one way to clear the deck 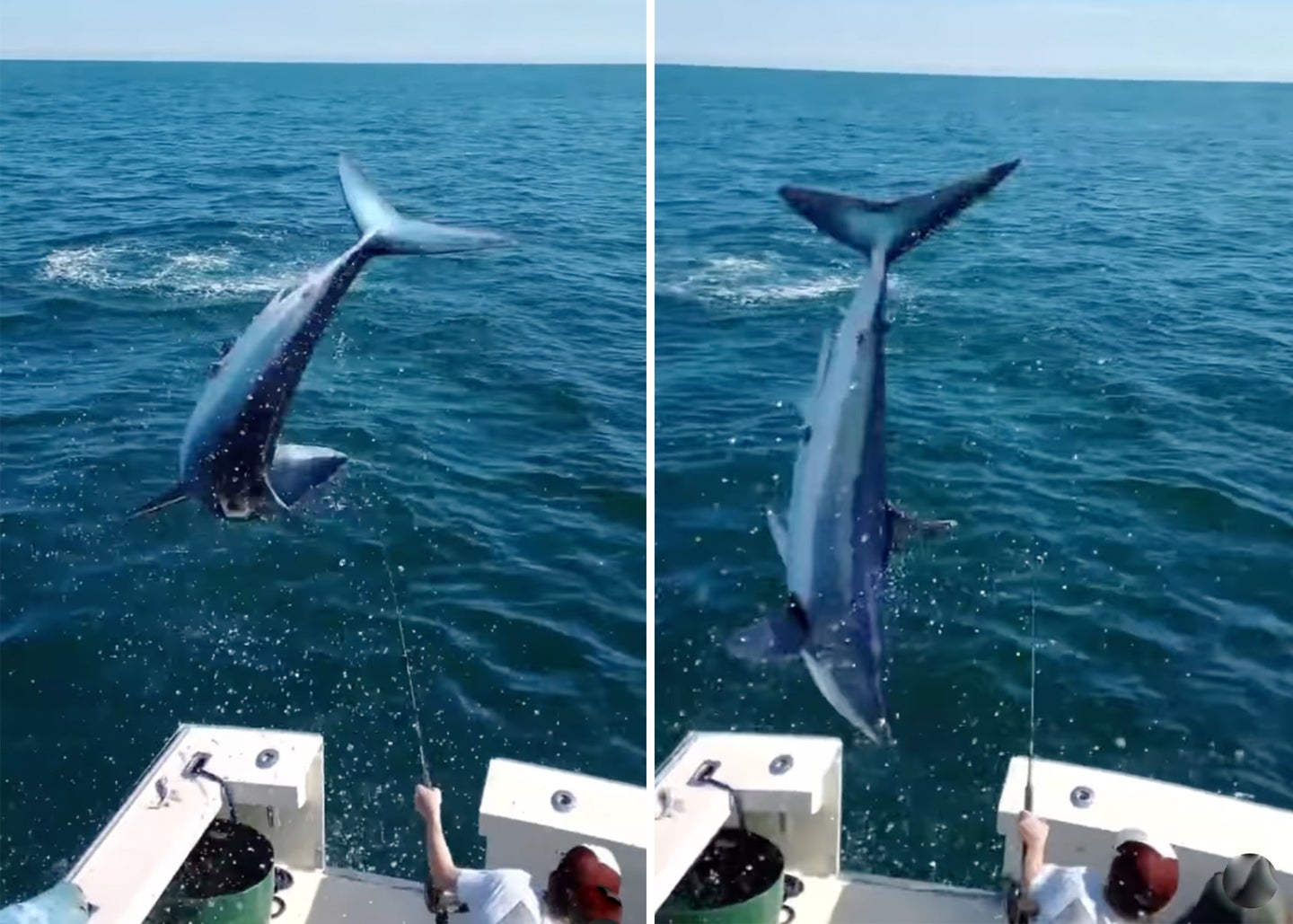 The mako shark jumped into the boat and almost landed on the angler fighting it. Instagram
SHARE

A group of saltwater anglers got up close and personal with a hooked mako shark recently while fishing off the coast of Maine near Monhegan Island. A video that was shared to social media over the weekend shows the shark leaping in mid-air and landing in the back of the boat.

More information about the video has surfaced since it was initially shared on social media last month. The video has also been view tens of thousands of times since then.

According to NECN News, Capt. Dave Sinclair of Sea Ventures Charters was running the boat when the crew hooked into the mako roughly 15 to 20 miles from Monhegan Island. His 15-year-old grandson Cameron was the one holding onto the rod.

When the short video begins, Cameron is already doing battle with the mako shark. His rod is jammed into a fighting belt. As he cranks on the reel, the mako launches high into the air, does a backflip and lands with a splash.

“Oh, shit!” everyone on board says in unison. “Did you get that?” one of the anglers on deck asks the person filming the video, who appears to be up in the tuna tower.

The angler fighting the shark keeps reeling away. His rod is hardly bent, and he doesn’t yet realize it, but the shark is swimming right at the boat and coming in fast. After a few ominous seconds during which the shark disappears underwater, it suddenly reappears. Jumping within a rod’s length of the stern, the mako soars into the air, cartwheeling as it flies over the gunnel of the boat and onto the deck.

This inspires a flurry of four-letter words as the anglers watch the shark flying through mid-air. Everything happens so fast that Cameron keeps on reeling, and before he realizes it, the shark is directly over the top of him and coming down snout-first. He moves a few inches to the right just in time, and the mako shark hits him in the side, landing on his foot.

The shark then thrashes on the deck as the back of the boat clears out. Two of the anglers run into the boat’s cabin while the other climbs the ladder up to the tower.

Nobody onboard was injured during the encounter, Capt. Sinclair later explained. He said the mako shark was also in good condition, so the crew measured it, tagged it, and released it back into the Atlantic.

Killing the shark would have been a big no-no, since the federal government just enacted a ban on landing or keeping Atlantic shortfin makos in early July. The regulation requires all commercial and recreational anglers to release any makos they catch, “whether the shark is dead or alive at haulback,” according to NOAA Fisheries.

This new regulation was put in place to protect mako shark populations, which are struggling on the East Coast. The species has long been a favorite among offshore anglers because of their speed and acrobatics when hooked. They can easily out-jump marlin, and there are plenty of other stories involving hooked makos leaping into boats. For this exact reason, some charter captains recommend moving the boat during the battle and trying to keep the shark away from the stern.