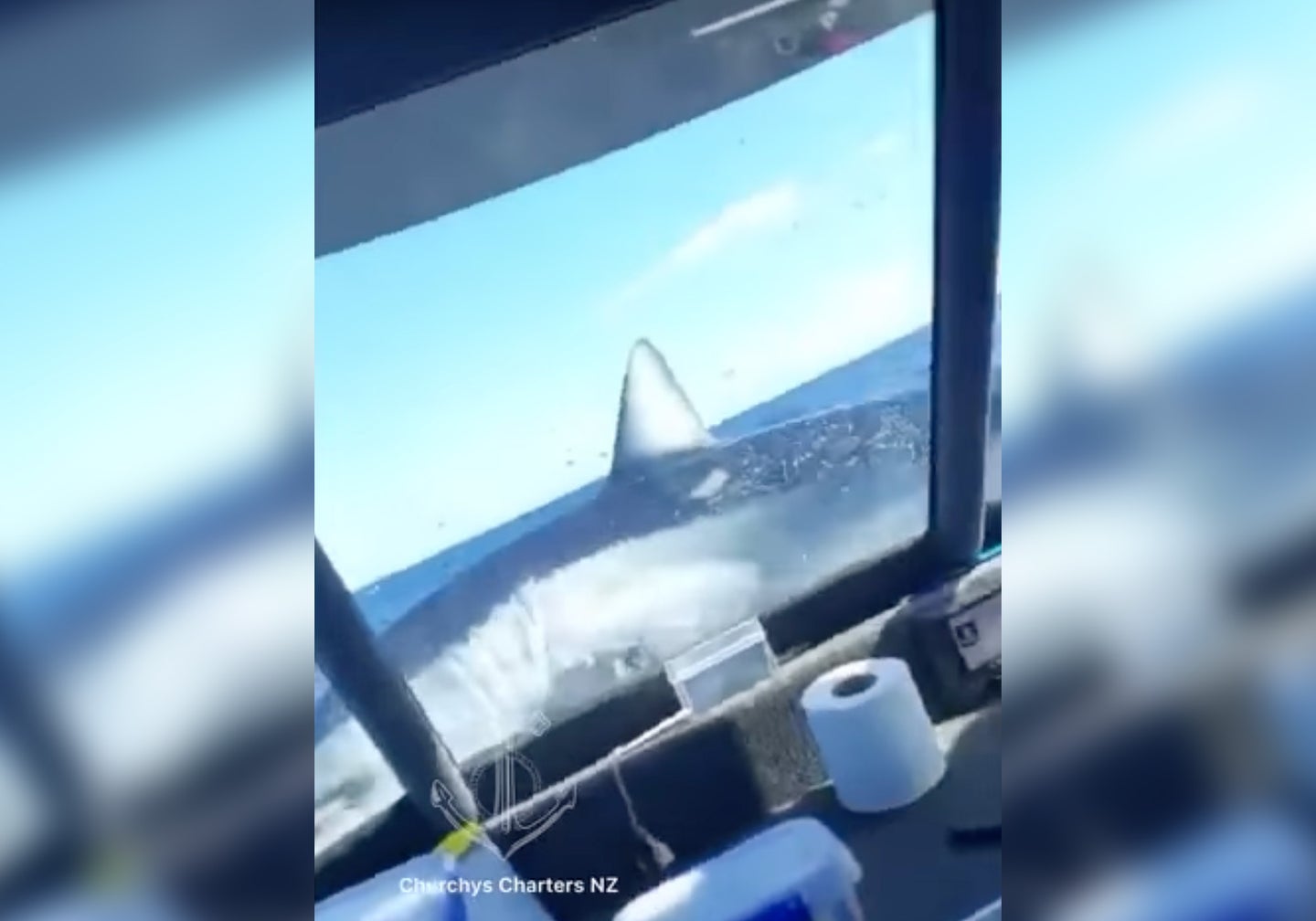 The anglers stayed behind the windscreens until the shark freed itself. Churchys Charters NZ
SHARE

A charter fisherman got a little unexpected help while battling a shortfin mako shark off the coast of northern New Zealand on Nov. 6. After the angler fought the mako for a bit, the shark leapt out of the water and landed right on the bow of the boat.

The group, led by Capt. Ryan Churches of Churchys Charters, was astonished. But they were also prepared for the scenario, since Churches had warned them about the shark’s potential for flight. Makos are known to get airborne when hooked.

“We were fighting it normally and it was jumping around. I told the customers ‘if it jumps in the boat get out of the way,'” Churches told the New Zealand Herald. “It just so happened that about 30 seconds later it jumped on the top of the boat. It was crazy. We were all watching the rod and the line was going out to the side of the boat and it changed direction suddenly … it just happened to jump at the same time and we got a hell of a fright.”

The anglers were chasing kingfish off the coast of Whitianga in the northern part of New Zealand when the mako chomped the bait. Churches estimates the shark was over 330 pounds and eight to nine feet long. Once the shark landed, the crew’s immediate concern was what to do with it. But the group of five anglers stayed in the back of the boat and the shark eventually wriggled back into the water.

Shortfin makos are notoriously fast swimmers, topping out around 45 miles per hour. The sharks have also been heavily overfished over the years and are now classified as “endangered” by the International Union for the Conservation of Nature. With that said, stocks in the Pacific are not as stressed as those in the Atlantic, where mako fishing was banned by the federal government this summer.

“He got away safe,” Churches said. “There’s nothing much we could do.”