How to Fish for and Catch Catfish Near Low-Head Dams 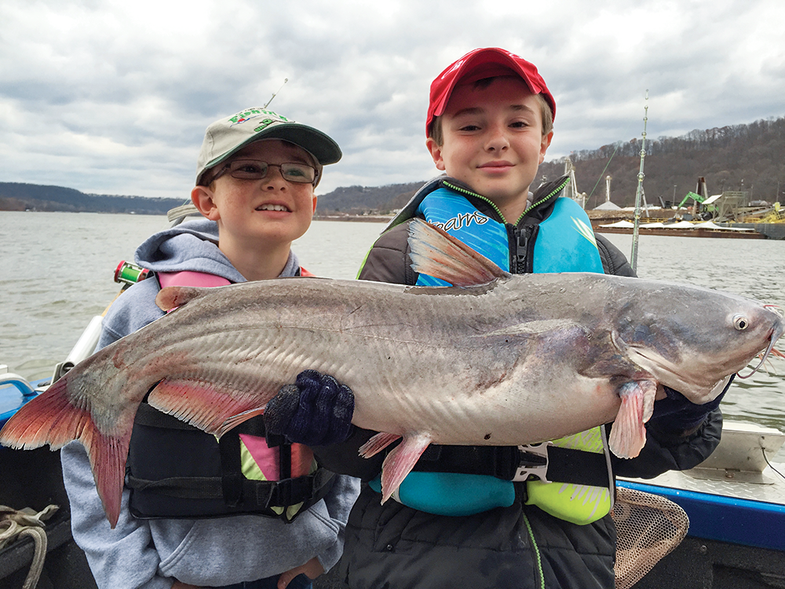 Editor’s Note: Safety is imperative when fishing near low-head dams. Surface currents are capable of pulling boaters and anglers over the dam or trapping them in the backwash. Always wear a life vest.

Built on many small rivers as flood-control structures back in the 1940s and ’50s, low-head dams become catfish magnets in late winter and into the spring, and you can count North Dakota catfish guide Brad Durrick as a huge fan. Like most experienced anglers, Durrick has developed a strategy that centers on specific locations. But his rather unusual approach involves adapting his where-to to the mood of the fish.

Durrick has discovered that certain targets yield more fish when the fish are actively feeding, while other targets hold more channel cats when they are in a neutral or even sluggish state. The good news is that most low-head dams are similar, and Durrick’s knowledge is easily applied. Here’s a crash course in how he gets into the heads of his bewhiskered targets.

▶ The roll (1) is formed just below the low-head dam as the water crashes over it. While the churn may look chaotic, there is actually a dead spot in the roil that is formed by the downward force of the flow.

Cats will move into this dead spot to feed, especially when they are in an aggressive feeding mood. Durrick recommends throwing just one or two lines into this location, especially when you are fishing the seams (2) or surrounding boils. Try using a short leader or no-leader Carolina rigs with cut baits. Because there is essentially no current, you can employ lighter weights.

The current is fastest at the center, immediately downstream of the roll, and slower toward the edges near the banks. As a result, the fast current flowing through the center will actually curl upriver, creating eddies (3). This backward flow creates a seam between the fast current near the center and the backward flow near the edges. The seam itself, where the two opposite currents mix, is almost neutral. The neutral current is a perfect place for hungry cats to sit effortlessly and wait for food.

Positioning his boat in the fast current, Durrick attacks the seams from the inside so that he can keep the nose of his boat in the main current flowing downstream over the dam. If he gets caught on the outside of the seam near the bank, where the backward current is moving upstream, he is in danger of being pulled into the dam itself. This is very dangerous.

Durrick recommends staying near the center of the river and maneuvering carefully upriver toward the dam and then working your way over toward the seam. Take your time as you do this; you don’t want to overshoot it and get caught in the backward flow.

With your boat positioned in the faster water just on the inside edge of the seam, you can fan out several lines. Make sure to get several of them into the seam itself. Durrick notes that when conditions are right, he has even seen catfish jumping and feeding along these seams.

When cats are feeding aggressively, experiment with float rigs. Try setting cut baits 2 to 3 feet below the float and drifting along the seam.

Boils are one of the targets most overlooked by catfish anglers. If you see one, it likely indicates some type of underwater structure or current break. Fish will use these breaks just like the seams to escape the current and wait on food.

Boils will usually surface about 5 to 6 feet behind the break itself, so it’s best to target the actual boil when casting. That is where the fish are likely resting.
Keep in mind that boils in faster water will have to be close enough to your boat position so that you don’t have too much line out. Smaller rivers with less current might allow you to make longer casts, but the stronger the current, the closer you will need to be to the target boil.

Visible breaks (4)—such as submerged timber, docks, rock piles, sandbars or even old cars—are similar to boils except that current breaks are visible above the water. The fish will usually be located on the downstream side of the break. Depending on the size of the break, you may need more than one line to adequately cover the location. Carolina rigs with moderate weights should work well to keep your bait positioned.

The first hole (5) is generally found within a couple hundred yards of the actual dam. Even without a topographical map or depth finder, you can locate the this spot by reading the water. The seams will eventually run together, forming a V, with the bottom of the V pointing downstream. If the river bottom is soft, the confluence of main river current will scour the river bottom, carving out a hole. Cats often congregate here. Methodically work from the downstream side of the hole upstream until you locate fish using Carolina rigs.

Durrick also recommends the first few outside bends downstream. Specifically, cats will usually be found along the ledge (6) on the outside bend. Treat the ledge just like a seam and fish the entire edge until you find fish. Depending on how steep the gradient is, you may have to spend some time finding out exactly where along the drop-off the fish are holding.

Standing stumps (7) are another prime location worth targeting when fish are being aggressive. Target the downstream side of stumps, where fish will rest out of the current and wait for food. 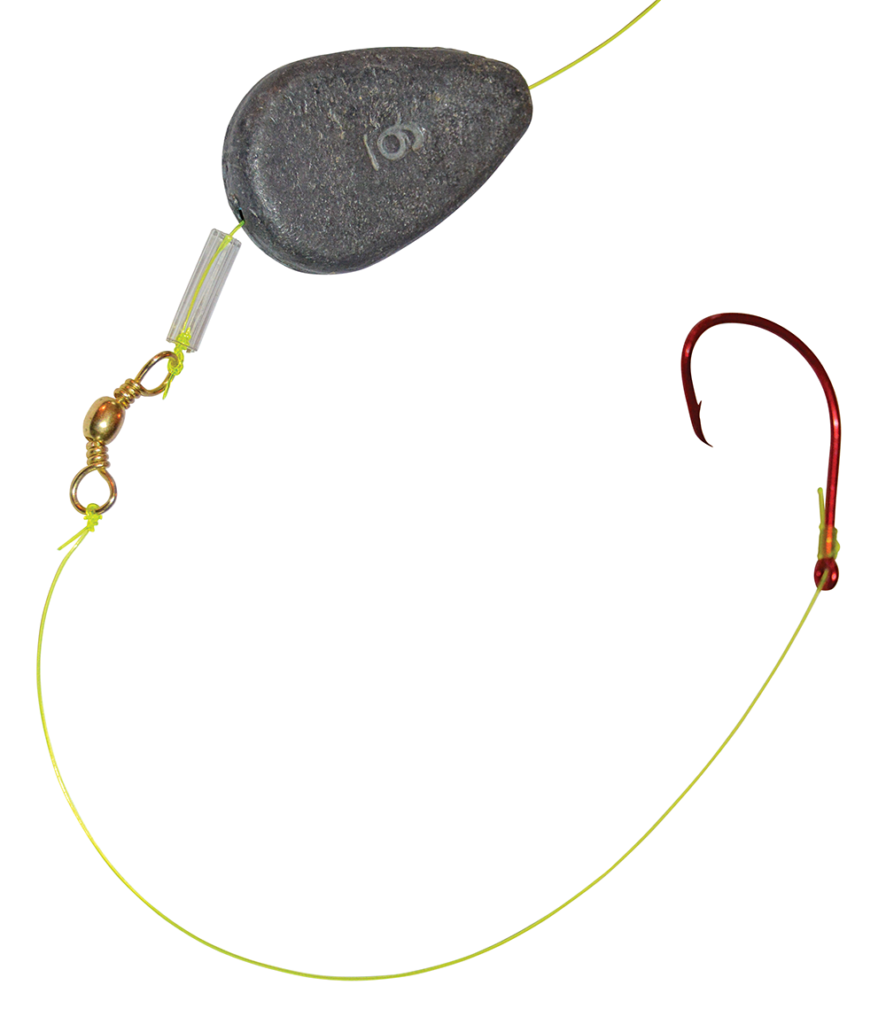 Durrick Uses a circle hook on an 8- to 10-inch snelled leader with a swivel and normally a 4- to 8-ounce no-roll sinker. He does, however, recommend one variation—using a circle hook tied directly to the line with only a bead and a sinker. This helps get the bait down closer to the bottom, where the fish are feeding. They simply don’t have the time or awareness to chase baits riding too high. Cut bait is a great choice for fishing tailraces. Durrick uses goldeyes, frogs, and a lot of suckers.