What’s A Buck Worth

When an armed 21-year-old Dustin Cole Jernigan broke into a central Florida game farm to kill a trophy-size buck he... 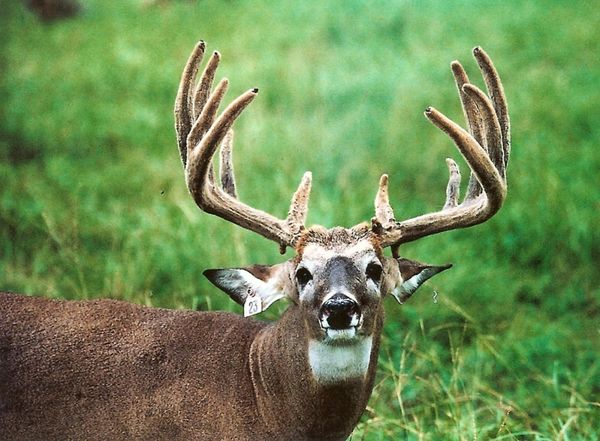 When an armed 21-year-old Dustin Cole Jernigan broke into a central Florida game farm to kill a trophy-size buck he knew what he was doing illegal. What he probably didn’t realize is exactly how much it was going to cost him. Besides four years’ probation and a fine of $500 plus court costs, a judge recently ordered the poacher to pay a whopping $68,000 in restitution.

“That’s a huge sum of restitution that would be a big number in any case we dealt with,” State attorney Bill Cervone told the Gainseville Sun.

And for Jernigan that may be just the tip of the iceberg. Shadd’s Game Farm owner John Shadd told the Sun that he is considering civil litigation. The 12-point buck, Peabody, was a stud deer that weighed about 220 pounds and was only 3 years old. After Jernigan killed the animal, he apparently caped it out and took the rack and cape to a local taxidermist where it was found.

Dwight Knight, president of the Florida Deer Association and familiar with the case, said Peabody was tame and likely came right up to his killer.

“He basically went in there and killed a pet,” Knight said.

Shadd had originally requested restitution of around $80,000 for the animal, yet damage requests in a civil lawsuit could go much higher. The article reports that a breeder buck in the pen next to Peabody recently sold for $750,000.

That seems like an absurd amount for any animal short of a racing horse. However, with the money huge these deer can bring in high-fence operations where some people apparently don’t mind spending thousands upon thousands of dollars for the relatively easy chance to kill a really huge buck, the genetic offspring a really good breeder can create is akin to having your own money machine.

My first glimpse of the absurd value people will pay to kill a guaranteed big buck came years ago during a turkey hunt in Pennsylvania. During my hunt, I was staying in a lodge that was on the grounds of a high fence deer operation. It was darn near five-star accommodations and when my guide filled me in on what some of those people paid to come there and whack a sure-bet wallhanger, my mouth dropped open.

Touring the facility, we came upon a happy father and his two sons all posing with their trophies. I would venture each rocking chair-sized rack was in the 170s to 180s.

“Each one of those bucks are worth about $20,000,” my guide whispered to me. I looked at the smiling group and their excitement seemed as genuine as if they had taken the trophies on their own farmland. I had met them earlier and they were all nice enough folks. The father said he brought them there every year because they loved the accommodations and service. As for the high-fence thing, basically he had the money, not much time and this guaranteed that they would all leave with something to decorate their wall.

I guess for me, it’s the journey, not the destination. High fence hunting just holds no appeal for me. Or maybe I just don’t have enough money in my bank account to be able to relate. I’m trying not to judge. It’s just not my thing.

Odds are Dustin Cole Jernigan doesn’t have the money to relate either. But as a result of the foolish motivations that must drive most poachers, he got his guaranteed high-fence trophy. Now he’s about to pay for it.