Photos of early-season bucks are already making the rounds on the internet, but this is by far the coolest deer... 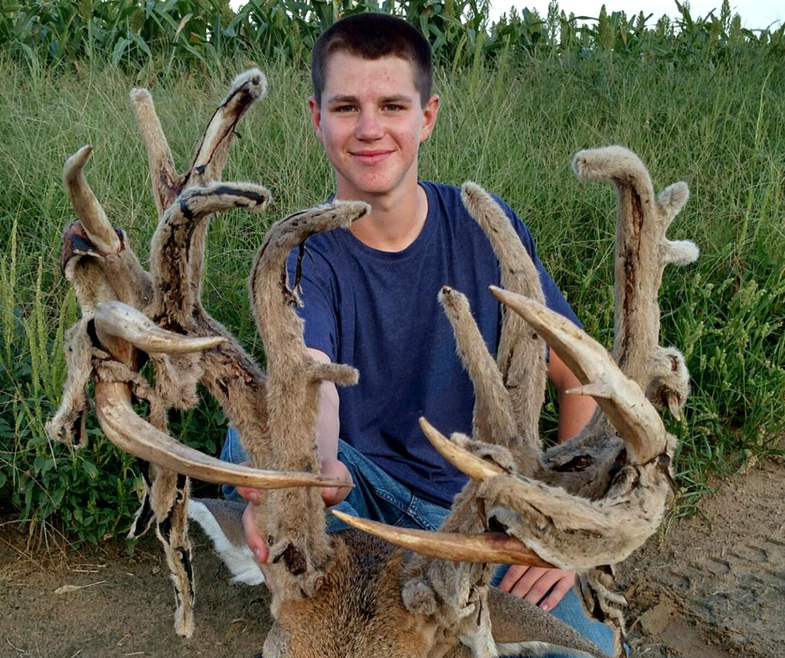 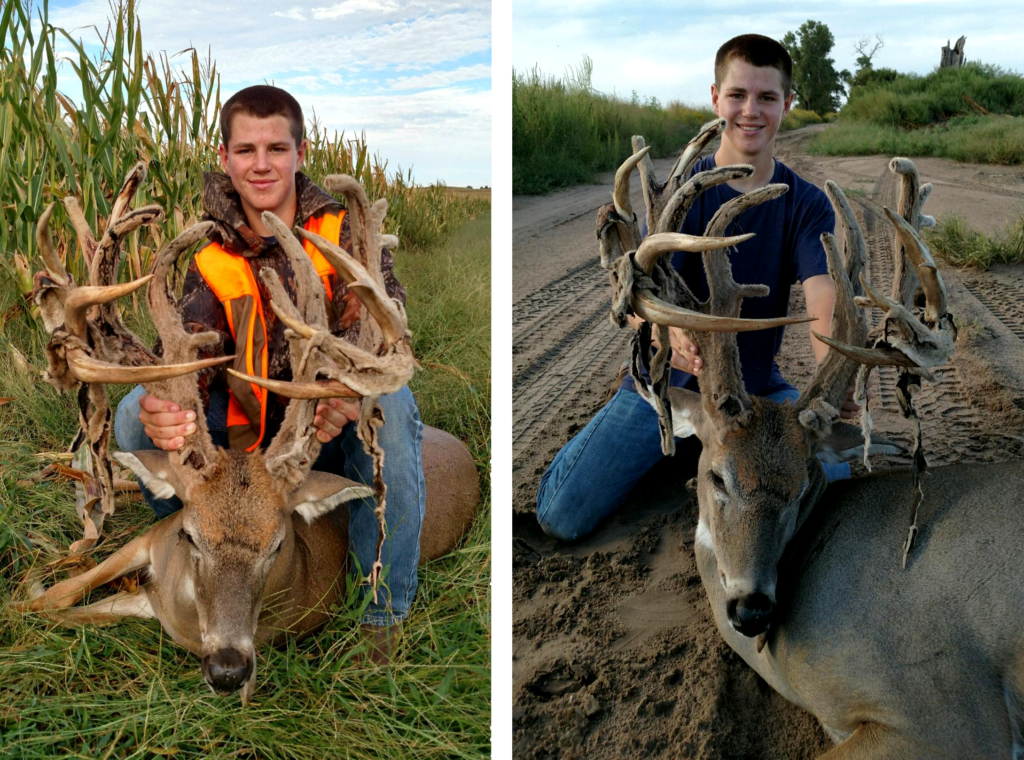 Photos of early-season bucks are already making the rounds on the internet, but this is by far the coolest deer to hit our inbox yet.

Sixteen-year-old Clayton Brummer tagged this half-velvet nontypical in Stafford County, Kansas, on September 8 during the state’s youth season. After a brush with the buck earlier in the season, Brummer got a second chance while sitting on stand with his dad.

A few hours before dusk, the bruiser appeared in the milo they were watching and trotted down the rows before disappearing into a large cornfield.

Brummer’s dad was glassing another section of the field when the buck stepped out at 30 yards and instantly caught the young hunter’s eye. He reacted instinctively, and the buck dropped.

Although it’s difficult to measure with half-shed velvet hanging off the bone, Brummer’s buck gross scored around 230 inches and sports 21 scoreable points.

You can read more about the hunt over at the Wichita Eagle. 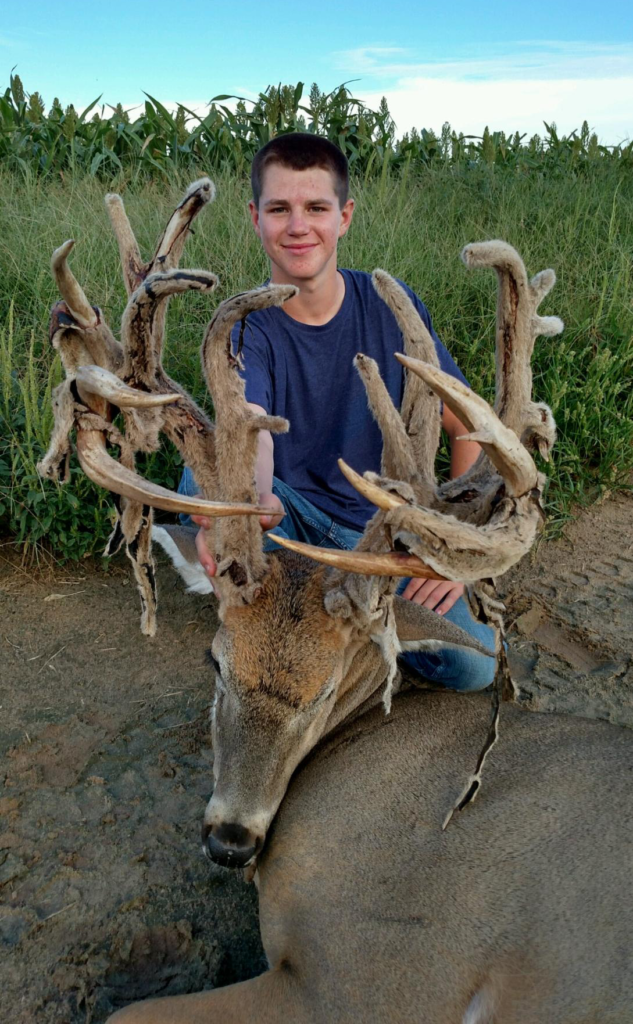